All “Browsing Preferences” entries can be activated / deactivated by clicking into the respective text line in addition to using the toggle switch - except the first one: that one’s switch only: 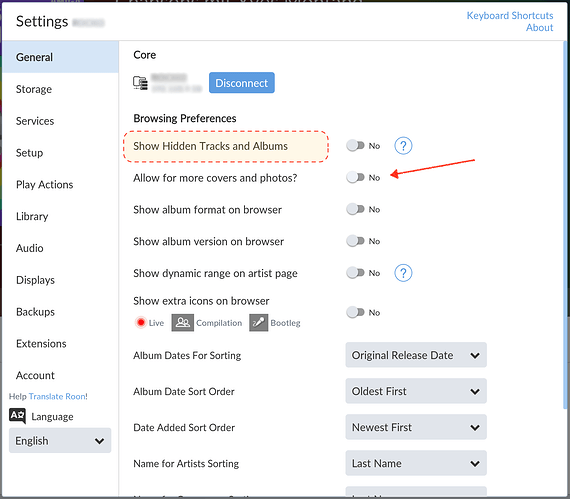 I’ve passed this along to the team so they can investigate further. We appreciate the report!

thanks - have you seen “the other one”, too?

We’ve made a change here that we believe should resolve this issue in Roon 1.6 (Build 416). You can read the full release notes here: