got my new Shanling M9 today. My M8 is working fine with roon, qobuz, tidal, etc. So I was very disappointed when the m9 did not. Roon Playback not working, display says 48Khz. Tidal is working fine using the unfolding to over 700 Khz. Then tried it as DAC on my PC, also not working in roon. Reset the device, installed everything again, but the same. Payed 3000 for a brick?

I’ve moved your post to the support area.
Post screenshots of your roon settings audio and the signal path.
Shanling isn’t a roon partner so ultimately you may need to contact them.

thank you. Here are the screenshots of my settings and a screenshot of my signal path playing a 192 kHz Qobuz file in roon, and one of tidal playing mqa on max res (seen at the top of the player). 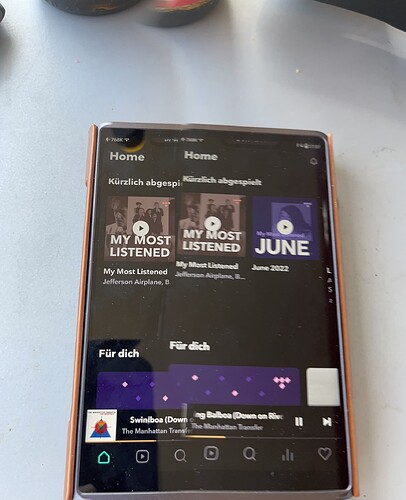 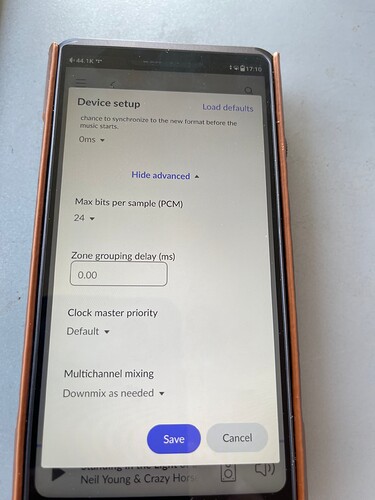 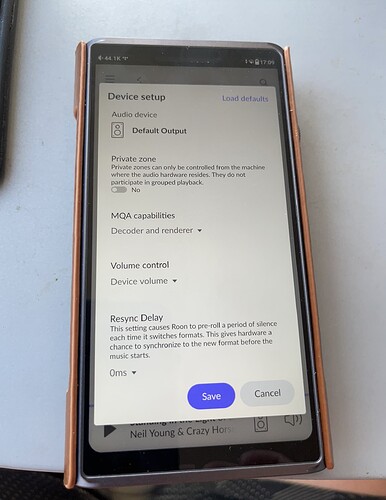 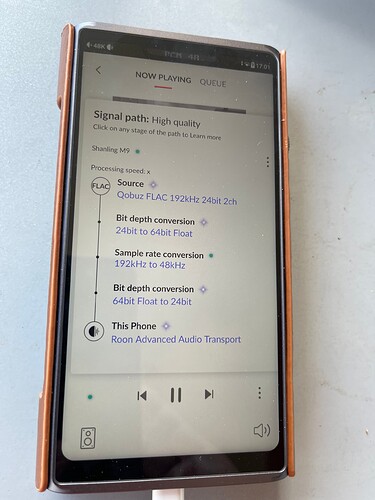 It’s seeing it as a default Android device hence the resampling to 48khz.
Don’t see how that can be improved as it’s not a roon partner device.

But on the m8 with the same DSPs, it works flawlessly, Roon, which I use the most, and my other services like Qobuz and Tidal. They found a way around in Android 7. I thought I would experience the same on the Android 10 of the M9 and be future proof, since my A&K Kann Cube never got the promised roon support and my Fiio M15 has the Android downsample problem as well.
I went to the Shanling site and they don‘t even have a support section…

It’s a bitter learning lesson but unless it says roon tested or ready on the roon site or many users here are having positive experiences I wouldn’t touch any hardware.

All Andorid daps will resample in Roon remote app it’s by design for compatibility across all Android devices. Doesn’t matter if the bespoke os bypasses system resampling as Roon is doing the resampling no the os. What it resamples to is dependant on the device and what it reports itself to the Andorid audio stack. Most will be 48khz but some go higher some lower. My Hiby does it for anything over 44.1/24. All Android devices that use the Roon app are the same no exceptions. The A&K Daps are Roon Ready they dont use the general purpose Android app they have Roon Code.embedded in them and operate like any other Roon Ready device albeit with some caveats down to Android.

but my Shanling M8, the flagship before the m9, does not downsample. So I believed it would be the same with the m9, just better… 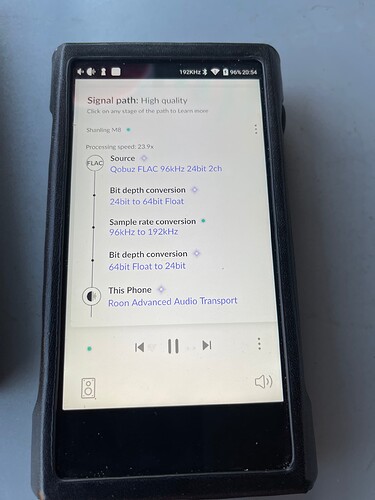 As I said it’s device dependant and how it reports itself to Android OS. If you look it’s upsampling everything which is just as bad. The device is reporting it supports 192/24 some Fiios have been the same others not. Roon resamples everything above or below the rates that it’s told they support by Androids OS audio stack. Every dap reports back differently as do phones and tablets.

Where are you configuring that as on Android DSP resampling is always disabled in the UI. Does the final output in the signal path show os mixer? 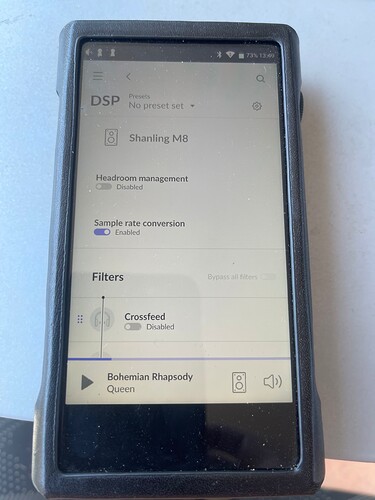 At least with Tidal (see screenshot) and Qobuz the m9 seems to work fine. But I miss Roon‘s informations and the possibility to select between versions. 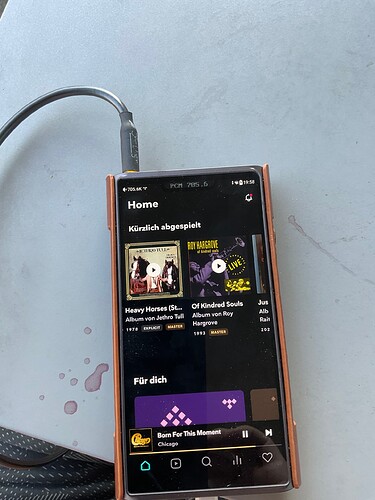 Strange and I have many Android devices and not one allow DSP. If your turn off resampling what is it default stance for how it treats streams?

It seems, alas, that you are right. The Shanling m8 resamples everything to 192 KHz in Roon, no matter if I set the Sample rate conversion to „Enabled“ or „Disabled“. So it seems I bought the M9 on a flase premise it would work fine with Roon.

At least Qobuz and Tidal work perfectly, but Apple Music and Roon do not. Apple music resamples to 48 khz on the m9, Roon also, but without outputting any sound which is lamentable, and I how they can fix it in some update.

Thanks for checking, sorry to have brought bad news. We all live in hope that one day they get away from this limitation, but I don’t think it’s top of their agenda given the varied architecture of android devices especially daps. They all have their own way of getting around Androids default system resampling but don’t work for all apps.

As others have mentioned on this thread, unfortunately, Android audio output is locked to 48kHz due to how the Android audio system mixer works. I wish I had better news for you here, but at this time, it’s not possible to play higher rates via Roon to Android endpoints.