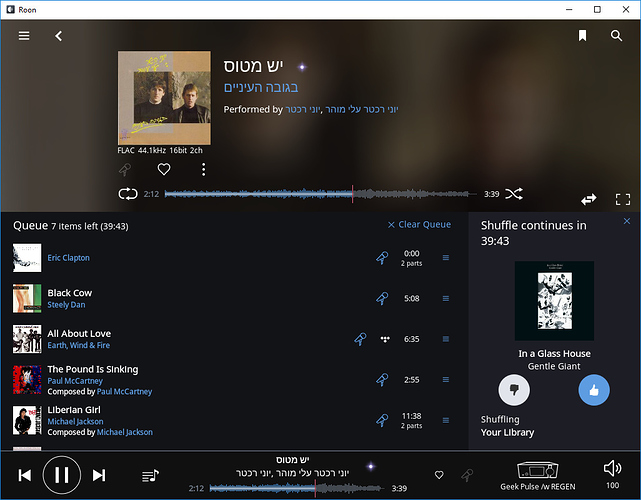 I thumbed up “Cocaine” only once and it added both versions at once.

You can see that it’s about to do the same with MJ’s “Liberian Girl” futher down the queue (this time with the right amount of time instead of 0:00).