I just added a different version of Red Hot Chili Peppers’ Californication to my Roon library from Tidal. In Tidal it’s a single album. In Roon, track 6 is split into its own album. Here are screenshots.

I had to add the album by selecting it as a favorite in the Tidal web interface because the album didn’t appear within Roon as a Tidal album. 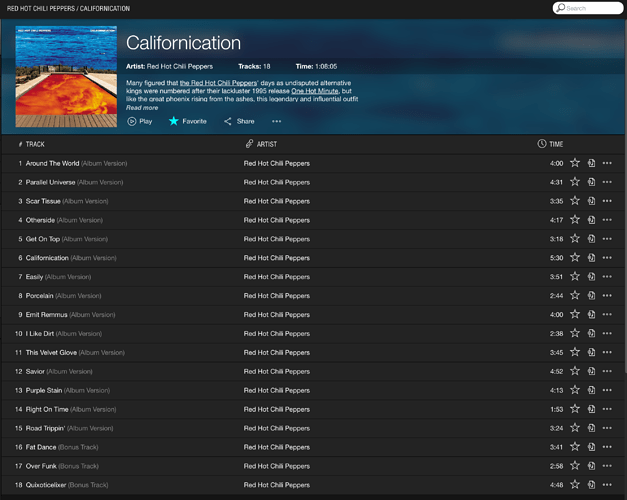 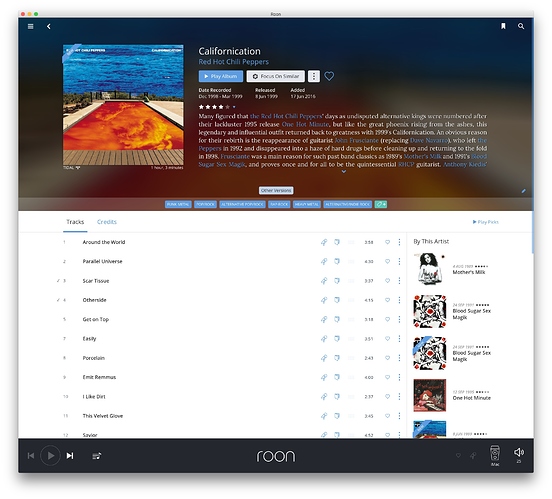 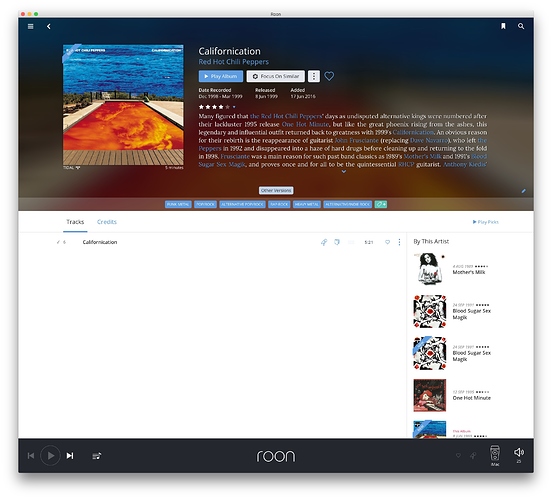 This sometimes happens if the file tags for songs on the album are different from one another for some reason.

Having this problem pretty often: I favorite an album on the TIDAL app, and it appears in Roon as two albums, with some tracks in one, some in the other. I merge them and all is well, but seriously… This happens a lot. 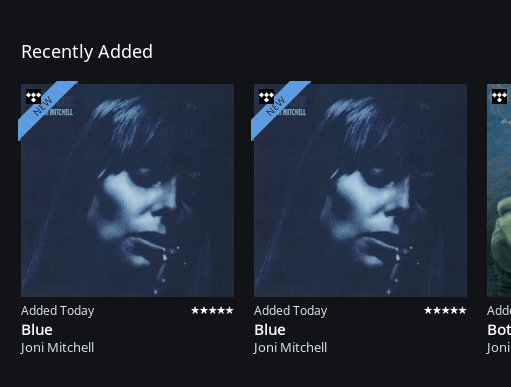 Thank G for this community. I had one “orphan” song from an album just like the example above. This was just what I needed!