When selecting anything for playback, all tracks in the que will be quickly skipped through.

This is happening on multiple output devices on the computer when attempting to play in shared mode.

If I enable exclusive mode, then this does not happen.
This is not a solution as access to sound from other sources is a requirement.

I have fixed the problem on one pc by disabling most devices through the windows sound control panel.
The disabled devices include:

This pc is now working with Windows system output.

I attempted the same fix on the second pc. It appeared to work temporarily, but is now encountering the skipping issue again.

This is the error that shows up in the logs

Since you are using a Windows PC, I would verify that both Roon.exe and RAATServer.exe have been added as exceptions to your Windows firewall.

The OS mixer should automatically convert to the output device sample rate.

The output device sample rate is also 44.1kHz so the mixer would not have to do any conversion for the log I posted.

There are no other firewalls running on the windows machine.

There is some weird behavior going on with the output device in roon between the two computers.

System output has these options in the advanced menu 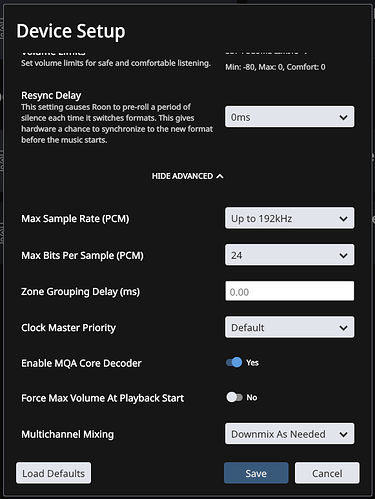 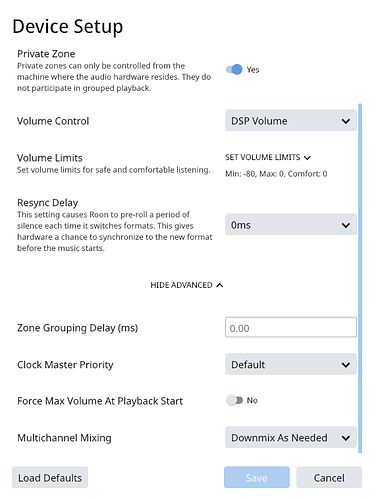 Both of these are the system output device on windows 10.
What reason would they have for being different?

Differences in the default output device is my guess. On the problem PC, if it has Realtek hardware verify the latest drivers are installed.

What DAC do you have connected to the non-working PC, is it this one?

Sometime bluetooth headsets are picky about what type of channels they accept, I have seen some headsets only take 5.1 or 7.1 channel content, so you would need to configure this in Device Setup.

I would also try to enable DSP upsampling to see if other sample rates work, you can specify Max PCM rate or custom re-sampling in the DSP menu: 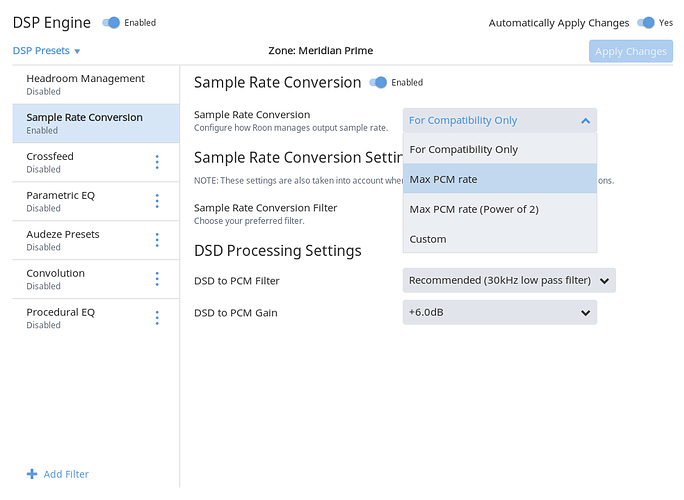