Hi, I have a windows laptop, iphone 6 and ipad mini 4 using the latest Roon apps. I sometimes found that on the iPad if I skip to the next song it takes around 10 seconds before album art of the next song is displayed while on the other displays of the iphone and windows it switches almost immediately. If I close and reopen the app on the iPad it is solved. So not really a problem but maybe it is something that can be improved in future releases.
Thanks for your great software!
Best Tom

What is the spec of your laptop, and have you updated the graphics drivers recently. The behaviour you describe is not typical so to get an idea of what the issue may be Roon would need more detail.

The laptop is a surface pro 4, not changed the graphics drivers recently. But the problem is not in the laptop but on the iPad 4 mini. The Ipad mini is on the wall and I think it has to do something with Roon running in the background constantly. Because if I open the Roon app on the Ipad there is sometimes a slow response of the next song (when I hear the song it takes around 10 seconds before album art is changed on the ipad). When I open and close the app on the iPad everything is running smoothly

Where is the zone for the what’s playing? Is it on a dac elsewhere or is it on the iPad? If it’s on the iPad I’m thinking that the stream along with all the remote data is bogged down by probably your wifi speed to the iPad.

Either way it could still be the wifi connect speed … what does a Speedtest reveal on the iPad? You can download an app for this on the iPad if you don’t have one installed

I’ve noticed the same with iPad Air 2 and older iPad mini. Restarting the app helps for a while. It seems a bit worse since 1.5 update.

Edit: I’m only using as a remote, not an endpoint.

I’m using an iPad Air 2 and not seeing any lags in artwork display, but only as a remote…not also an endpoint.

The zone is on a DAC elsewhere. The iPad is only used as remote. Speed seems fine (download 98 Mbps and upload 198 Mbps) THe strange thing is that it works fine after opening and closing the app so it may be something in the memory cache of the iPad? 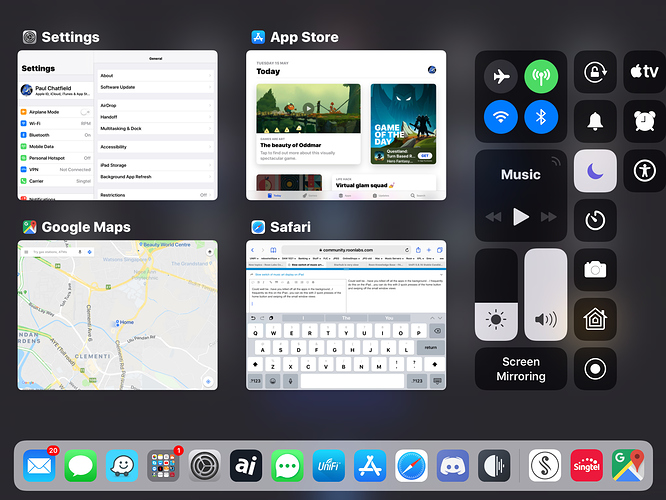 Thanks, yes this is workable but I thought it may be of help in improving the app if this can be fixed