Sony has released the firmware 3.0 for the WM1A and WM1Z few days ago.
The long awaited USB DAC feature is now a reality.

I tried it with Roon, and the default setting doesn’t work, no sound.
I figured out you need to set the Volume Control to DSP Volume in the Advanced Settings. 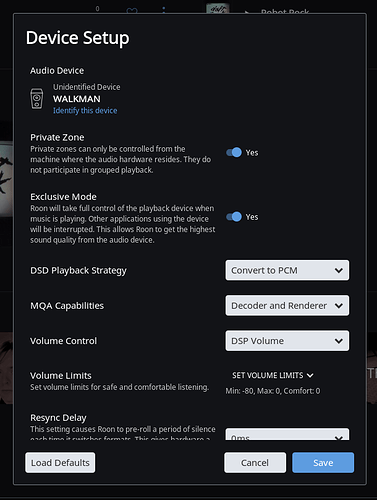 After you can start enjoy the circuitry of this DAP with Roon! 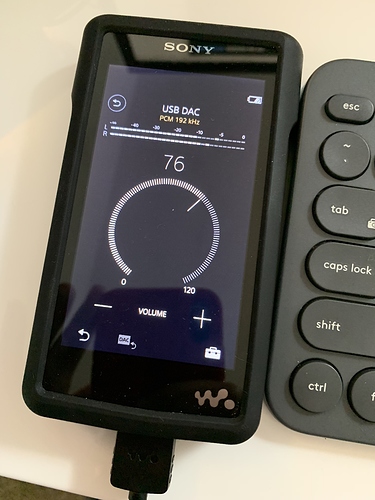 I ran just basic tests on FLAC file (I don’t have any MQA sources), sound signature was similar to what I have directly with the internal files, which is an excellent news!

That’s awesome, thanks for the heads up. I’ll upgrade mine and check it out. I also noticed my Sony HAP-Z1ES received a firmware update tonight. Wouldn’t it be cool if it could be used as a Roon endpoint too?

I just upgraded my firmware and it was successful. I had modified my firmware’s region to use the tiny bluetooth remote (RMT-NWS20). I was concerned that might have an adverse effect on the upgrade, but it didn’t. After I upgraded I had to pair the remote again, it works fine. I’ve noticed the screen is much more responsive when scrolling. One of my biggest disappointments with the device UI wise was the janky scrolling. Looks like Sony fixed it. Can’t wait to listen to it tomorrow using as a Roon endpoint.

Interestingly, my Sony ZX300 (WM1A’s little sibling) works as a USB DAC just fine with the volume control in Roon set to “Device Volume”. I do hope Sony comes out with a fix for the delay in these DACs though as they’re not usable with video content at the moment.

Does the WM1A unfold TIDAL MQA when used as USB DAC? Can anyone confirm? 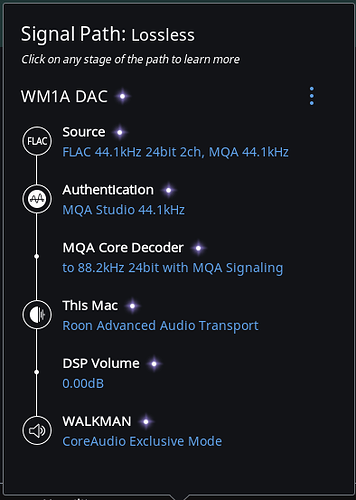 DSD files are also playing as PCM, I haven’t find a way to let the DAP decode them.

Anyways, I would like to see what happens when Roon sends MQA files to be decoded by the WM1A as a USB DAC.

Roon should try working with the giant Sony to get the proper profile for the DAP and DAC.
From there, maybe some extra work required to handle MQA on Sony firmwares. That would be really sweet.

@pedalhead DAP and even DAC in general are not really working well with video sync. You may use a video that does A/V sync like VLC on IINA. As far as I have seen the lag is pretty big, more than one seconds.

Thanks. That helped me to get the 1Z running. No DSD though, but that is probably because of MacOS.