There was a thread on this which got closed (not sure why) and there seemed to quite a few people who would like to see this possible. Yes soundcloud (and/or mixcloud) are not about lossless high quality audio, but that is not the point. There is a lot of great music on there and it is served in a different way - mixes and dj sets instead of albums and EP’s, incredibly fun to listen to. Having access to both within Roon would be perfect. Many of us, like myself, have headless roon end points throughout the house (not a PC with a mouse and a monitor) and we want to listen to soundcloud and mixcloud streams from within Roon via the same control apps on laptops and handhelds.

Enabling this in the software would be a massive upgrade for Roon. Perhaps now that internet radio has been enabled it is easier to implement? It is essentially the same however instead of copy/pasting a AAC/MP3 link we could paste the soundcloud link? Better yet would be integrated soundcloud and mixcloud searching.

What type of interface do you envision for this integration? Soundcloud is not really oriented in the same way artist->albums->tracks are, nor will any reasonable metadata exist for soundcloud tracks.

What would already work for me is the ability to copy and paste soundcloud page links and Roon would extract the audio feed. That would already meet the need, it is not a major inconvenience to tab back and forth between google chrome and the roon app and do the paste. At least this way I can listen.

A very simple and basic search will do fine. On soundcloud results are grouped in Everything/Track/People/Playlists/Groups, but even that is overkill I think, just the ‘Everything’ search result would do fine. As you say there is not really a metadata structure within soundcloud, so the search there works a bit like google does where it scans the uploader and stream name mainly.

A huge thanks if you could make this happen. My 2 week trial just ended and I can’t imagine ever going back, absolutely loving Roon.

At least the Sonos integration provides you with Likes, Playlists, Stream, Explore, Flollowing and Followers. I’ve been using it occasionally and it seems to work as expected.

Mixcloud have a tracklist function that some shows use. So metadata can be presented there and seems correct most of the time.

I use mixcloud to listen to recorded radioshows so for me it would be a logical extension to the radio functionality in Roon.

Adding to this request, as I’m sure you need some new exciting things to work on now that Roon v 1.3 soon is finished.

I used to be a Sonos user, and this is the feature I miss the most. I love the radio shows and dj-mixes on both Soundcloud and Mixcloud, and now I rarely get to hear them anymore. I’ve started downloading the best ones available for download one Soundcloud and adding them to Roon, but it’s not a very good solution.

Hope to see this feature for v 1.4

Soundcloud streaming is a very important feature for me. Most of the music I listen too comes from Tidal and Soundcloud. I dont feel Soundcloud needs to be searchable via Roon per se however I would very much like it to play via Roon. I envision a Chromium window in Roon similar to what JRiver uses would be ideal but perhaps a simpler solution might be a virtual soundcard similar to Linn Songcast which sends all computer sounds through Roon. Being a Microrendu user I find that switching between various inputs to be cumbersome. I also find that for me the current method in which I listen to Soundcloud via Linn Songcast in unstable and and drops connection to microrendu when idle. It also takes several attempts to reconnect. I also find that the Squeezebox solution for Soundcloud is very clunky and has a less than desirable interface. That that Roons 1.3 launch includes an EQ function and DSP ability I am very close to justifying the expense. However for someone who listens to very little of the music I actually own the value just isnt there yet.

I listen to DJ mixes on mixcloud quite often. I’d really like roon to be an all in one music solution. Its quite painful having to use different apps.

Hi Danny, I would add my vote for this feature. Adding to Stephen_Carlson’s suggestion, a first very simple first step might be a dialogue that allows you to cut and paste a URL for a soundcloud/mixcloud page and being able to enter a couple of identifying meta data tags (Artist/DJ and track/mix name) and have that become part of your collection would help a lot.

As others are saying it is painful having to change apps etc.

I know this is short of the perfection you guys set for yourselves but it is a place to start evolving from and gets those of us who like the option going so we can provide more feedback to you to develop on it.

Yeah, a basic Mixcloud functionality would be great. It only has to be very simple. I’d be perfectly happy if I could add a single mixcloud link at a time as a station under the ‘Internet Radio’ section
thanks,
James

Another vote for SoundCloud and mixcloud. A lot of bands throw up special mixes and compilation mash ups that never make it into the official canon of their recorded releases… Radio mixes and special sets. I use SoundCloud and Mixcloud but not Tidal and, frankly, for the genres i listen to, a lot never sees mainstream release – recent bleep, a lot of bedroom grime, new dance grunge, art house and found sound composition. Modern punk bands too.

I would love to Bump this again.
Soundcloud is where I hear NEW music. Not old.

I’d rather do as much as possible in roon, if I can!

Please intergrate soundcloud/mixcloud. Or… someone make an extension!

just looked into this again, soundcloud is still in business so its a good sign

but then i ran into this:

wow, 15000 plays every 24hours… this may work for us to start but at our current growth rate, we will start hitting these limits fast… that’s not going to work

@danny, a quick vote of encouragement to pursue this, if the limit you mention becomes a problem then it has been a success already and it’ll be up to those of us using it to lobby soundcloud to expand it. Crowd pressure!!

A point to note is the mix I’m listening to while typing this is 1h40m, so I would listen to only a track or 2 a day.

As a first step is it feasible to give us a dialogue that simply allows us to enter a URL for an MP3 or M4A stream and associate a couple of tags with it (DJ/artist and track/mix name) and have that as an item that I can play from my library? In a sense it is a bit like a radio channel.

Doing integration work like this is not free… We’d need a real business relationship to proceed when limits like this are very likely to be hit quickly. We’ve contacted them.

And any thoughts on a completely general URL stream “locator” in the library?

How is what you are asking for different than the current internet radio station feature?

the integration is not free?
There already is an opensource integration with Logitech Media server that works quite well. 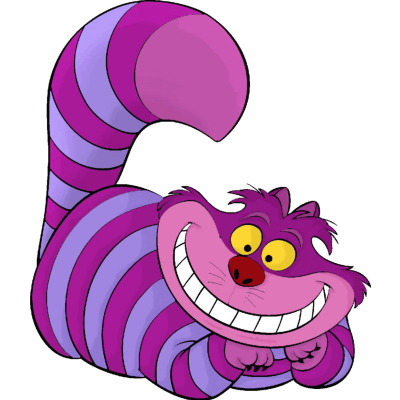 SoundCloud plugin for Squeezebox. Contribute to danielvijge/SqueezeCloud development by creating an account on GitHub.

Is it possible to fork that, and integrate?

I was thinking myself (when I got time) trying to see if I could get this going with the Roon API.

There already is an opensource integration with Logitech Media server that works quite well.

So, there are 2 issues here:

The first is usage. The SqueezeCloud project must not be hitting 15k plays a day (meaning small user base). That makes sense since it’s just a github repo and not a turn-key solution. Here is a more buttoned up (turn-key) app http://www.soundnodeapp.com/ and they have active complaints that their users are hitting the 15k limit daily. Their github repo even has a warning in bold:

Be aware that Soundnode relies on Soundcloud API which only allowing third party apps to play 15 thousand tracks daily. When the rate limit is reached all users aren’t able to play any song until the end of the current day the limit was reached. (from https://github.com/Soundnode/soundnode-app)

Given our number of users, a solution that stops working at some point every day is not a feature we would want to invest any time in.

Well, if it helps Soundcloud like it, I’d be willing to pay. (them, or you, already paying for soundcloud go).

This is where I find all my new music.