Steven Wilson’s picture and listing of albums appears under the name of the other Steve Wilson ex-Chick Corea and also features the other guy’s biographical details . 2 Screenshots attached 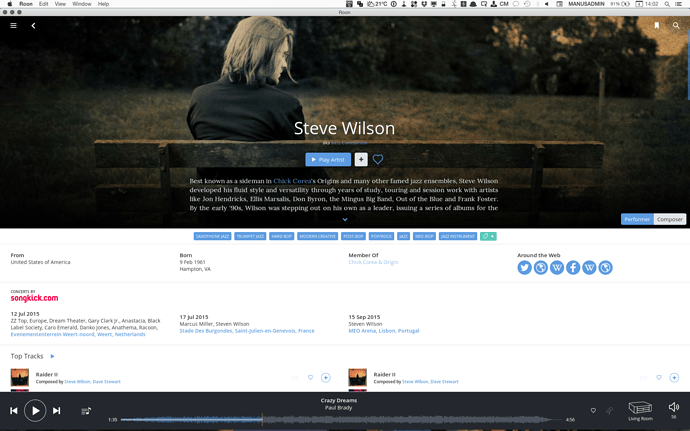 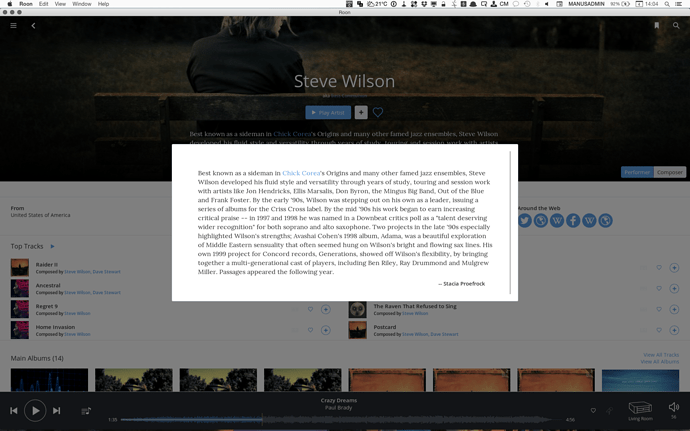 How bout this one I spotted earlier ? Joe’s Dad Len Bonamassa must play the spoons or something 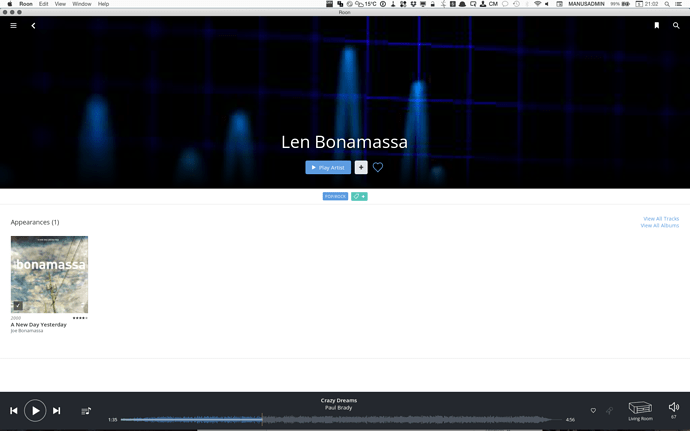 I blame Allmusic more than I would Roon but still …

Thank you! I was hoping to get that one sorted…

I’m hoping the Roon boys get this sorted.

I’ve noticed that Roon still doesn’t recognize SteveN Wilson the artist at all. If you try and re-indentify one of his albums and change the artist to SteveN Wilson and leave the album blank, no artist with that name shows up.

So, Steve Wilson is a mixture of both prog artist Steven and jazz artist Steve. If you search Allmusic for both artists, they have it correct, for the most part. They have them separate with the discography correct.

Is it possible to get this fixed?

In fairness Im sure the Roon guys are really busy prepping 1.1 and iOS but , still , these kinds of innaccuracies dont do us enthusiasts any good cruising our collections and they definitely wouldn’t please the artists concerned . Perhaps , eventually a fast-tracking procedure for error corrections could be included ??

Ok. I give up. Steven Wilson was not born in 1961 . He was not born in the U.S. and he has never accompanied Chick Corea . And it should not take 2 calendar months to correct simple biographical information which is supposed to be a cornerstone of Roon and a major part of what it brings to the table .

You can get the correct information from his website . I’ll type it myself if neccessary . He’s just won 3 Prog Awards and deserves better , especially when he has also been involved in remixing , preserving and bringing to a new generation other classic albums from bygone days . 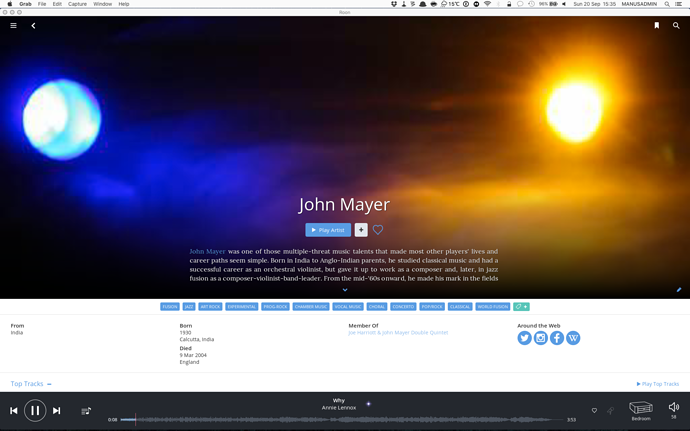 Steven Wilson bio has reverted to Steve Wilson’s life story having previously been corrected . I wonder if this is related to Tidal which offers Steve Wilson’s albums as extras ???

P.S. John Mayer’s ’ Where the Light Is ’ is still showing the other John Mayer’s bio details even though the track-listing and cover art is correct ?? Go figure …

This was corrected a while back and now it’s messed up again. I’m guessing a lot of other changes have reverted, which sucks for everyone (especially the guy who put hard work into correcting it).

Looking better for me now. What about you guys? @Moonloop?

Hi @Mike. That looks better, but if you scroll down to the available Tidal albums, he’s still linked to Steve Wilson. Only Steve’s albums show as available in Tidal.

Disappointingly , still the same on my system for the time being although at least the advertised concerts are from SW’s current tour .

While I was typing the above sentence someone sprinkled magic dust and my system updated to the information shown above ! I still don’t understand how these came to be linked . Names apart , nothing links them ; age , instruments , genre , style etc .

Hope it sticks this time ,

I still don’t understand how these came to be linked . Names apart , nothing links them ; age , instruments , genre , style etc .

@Moonloop @Greg – check out my post here for some more background.

I think the first round of fixes are probably still propagating into your collections, but this should be a lot better now.

Off late the recording engineer Steven Wilson is showing up as the artist Steve Wilson (ex-Porcupine Tree). I have tons of Steve Wilson remixes in my library (Yes, Jethro Tull) and this is annoying as hell. 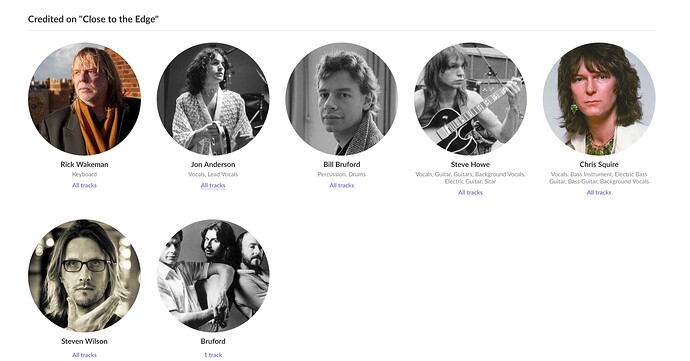 The artist Steven Wilson is the one doing all the remixes as well.

Thanks for this very useful piece of info. I never realised this and feel a bit embarrassed now.