Strange things happening on my Nucleus

After adding 5 albums into my WD 8tb USB attached drive wired to Nucleus a few things:

Spinning icon in upper right of Roon app when opened shows what I’ve attached. The 89 files represent all that are on the 5 albums. Strangely, when I open and play any of these there are no issues playing. And the screen each album shows album art, proper listing of tracks, correct queue of tracks, etc. However, if I attempt to edit any album, not just the ones added, and say, identify the album I get blank entries and if I do any searching I get no apparent hits (seems to suggest a bogus internet issue).

Internet Radio will not function at all - clicking on Live Radio says Network Error though I can, from the dCS Upsampler, run it’s app called Mosaic and easily play all the typical local and very remote stations from around the world.

Also, when in Settings I attempt to review Account again I get network error “Error Retrieving Account Information”. Also About notes for Core - “there was an error checking for update”.

Oh. I did reboot, no help there as well as shutdown hardware and restart, no help, same symptoms.

What should I do?

Thanks for reaching out, and apologies for the trouble here!

So we can better understand what you’re experiencing here, would you mind sharing a couple screenshots from the Roon app?

Based on the description it sounds like your Nucleus is having some trouble communicating with our servers at the moment. Did you only reboot the Nucleus or did you reboot your network devices too? If not, I’d recommend giving those a reboot and let us know if that helps.

I will reboot the Eero but since it is the gateway for both the Nucleus and the dCS Upsampler (streaming stations across the world) I doubt it is the problem (I also control both devices from iPad apps to this same Eero).

OK. Pulled power on the Eero in question. After it came back up. Same result. Then rebooted Nucleus. Same result. 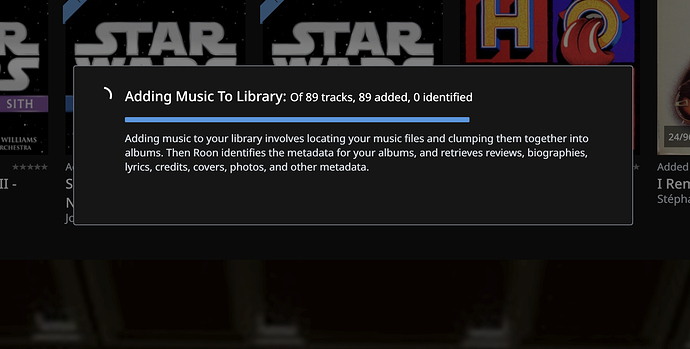 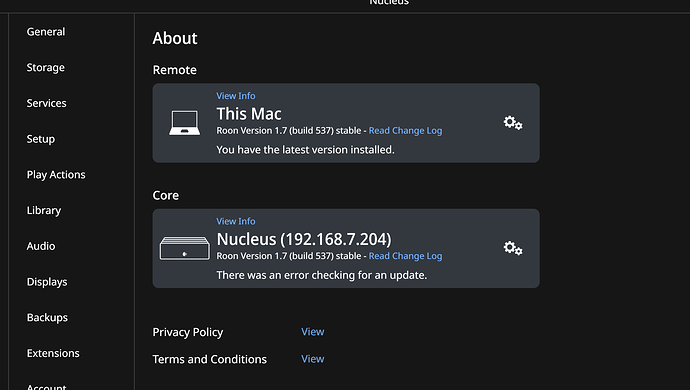 Going beyond simply rebooting the suspect Eero, I restarted the whole Eero network (I have 5 Eero WAP devices). That seems to have done the trick. “About” now shows no problem with correct version/update, as does Account info. However I’m making no progress on album identification, which was the last bit running when this all began to happen: 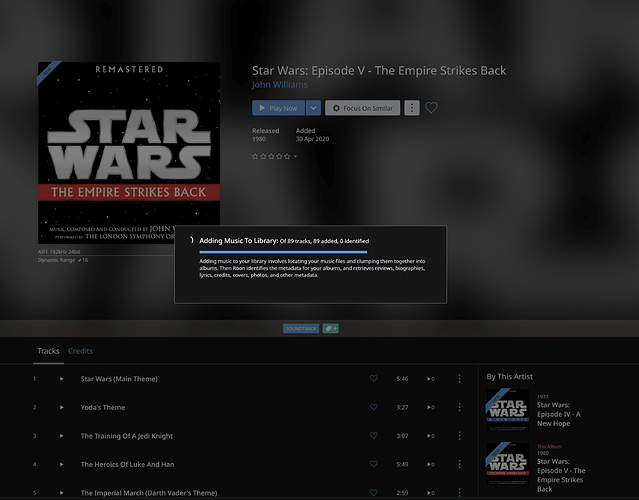 Is there something wrong with your servers or is there anything I should alter on my end to either speed up or force completion of this task?

Also checked “Skipped Files” but nothing there. And I went into all of the 5 albums and ran identification and selected the correct album for each (these are all John Williams original soundtrack). But I don’t see any identification happening…

Would removing the most recent 5 albums stop the recent Roon attempt to identify these? Then add them back to see what happens?

Seems clear that in performing a manual identification, Roon was able to get info from whatever service it uses and populate that in my local database, right? 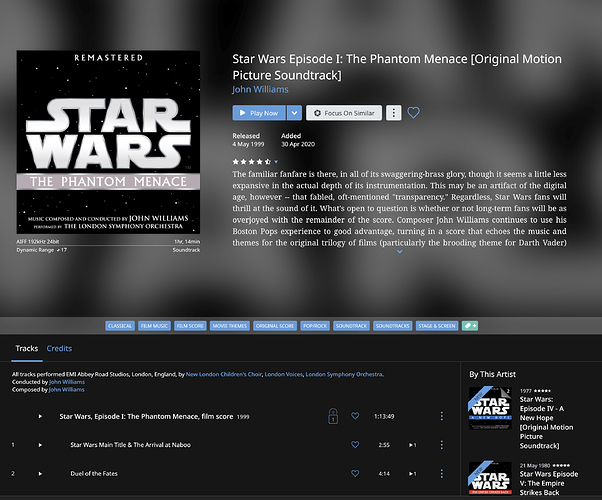 Would removing the most recent 5 albums stop the recent Roon attempt to identify these? Then add them back to see what happens?

Yes, does removing these albums change things? If so we’ll want to take a closer look at these albums.

Seems clear that in performing a manual identification, Roon was able to get info from whatever service it uses and populate that in my local database, right?

Yes, based on the screenshot it looks like the album is identified.

After deleting the albums the process of identification stopped immediately. I’ll go ahead and experiment by adding just one to see what happens.

Added one back and resulted in the same problem. Rather than have anyone in support bother with these I’ll get them again after contacting the company that provided these to see if they’ve heard anyone else with the issue.

How do you have your DNS servers configured? If you’re using the ISP-provided ones, I am wondering if this could be the cause.

We have seen users have a better experience in the past if they change their Router’s DNS servers from the ISP provided ones to Cloudflare DNS, Quad9 or Google DNS.

Can you please give this a try and let me know if it helps?

I don’t think DNS would be any cause of why this might happen. I’m more inclined to believe it’s the source material. I’ve replaced the problem albums, and these all work fine. No other changes to the network. So, there’s something amiss in how they’d packaged up in the ones they originally shipped.

I’m more inclined to believe it’s the source material. I’ve replaced the problem albums, and these all work fine. No other changes to the network. So, there’s something amiss in how they’d packaged up in the ones they originally shipped.

Thanks for the clarification! Do you by any chance still have the old albums? If you wish, you can upload them to Dropbox / Google Drive and send us a link and I can get them to QA to look into the album themselves further to hopefully prevent similar issues in the future. In any case, glad to hear the issue is resolved since replacing those problematic albums.

Sorry but I deleted the albums.

No worries @stevebythebay. Since the issue has been resolved with the replacement albums, I’ll go ahead and close this thread out. If you have further issues, just let us know!