I’ve tried to group a Sonore microRendu going into a non-MQA DAC and a PSAudio DS Sr with the network bridge, which does support MQA.

When I did this and played back, the DS Sr stutters like crazy. If I unpair them, it works fine.

Can the Roon endpoints not handle one MQA and one non-MQA output? Not quite sure what I’m doing wrong here…

What’s your Roon core running on? What’s its specs. Are you doing any DSP? If so have you looked at the signal path to see what speed the processing is? What’s the network topography for the endpoints and core.

I think they have done something in the last build which changes the behaviour of MQA capable endpoints when paired with non MQA capable devices. It is worth comparing signal paths when paired and not paired to see what changes.

Thanks for replying, @CrystalGipsy and @Henry_McLeod - to answer the basics: 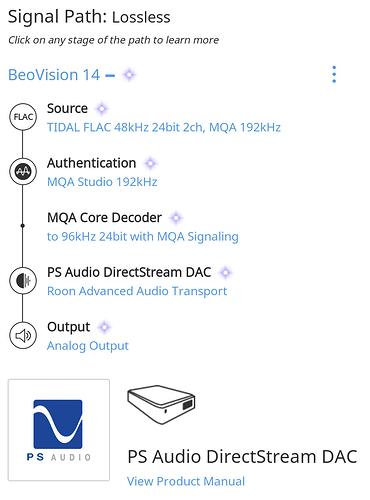 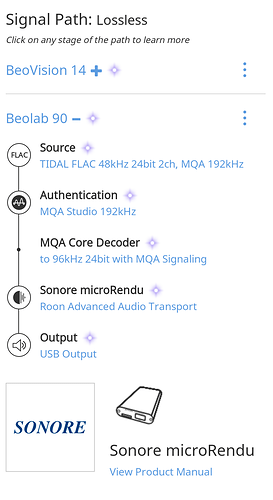 Basically, I’d checked all the “obvious” things, which is why I was confused about why it was happening.

Anything else I’m missing, @mike ?

Could you check what version of the PS Audio Network Bridge II firmware you are running? The most current version is V3.6.2. Firmware V3.6.2 included fixes for dropouts and distortions when playing Core Decoded MQA streams, which is the exact scenario triggered by grouped MQA playback.

As far as I know, they withdrew 3.6.2 because of some bugs. The current version is 3.5.1, and that’s what I’ve got. Although the dropouts and problems were on the device that knew how to fully decode, not the one that was being partially decoded by Roon…?

According to PS Audio, they have received a new firmware from their module manufacture and are currently testing the changes. I have tested grouped MQA Playback on the DirectStream running 3.6.2 and did not run into any issues, so presumingly the upcoming firmware will resolve this issue for you.

In the Device Setup for the microRendu zone, what do you have the MQA capabilities set to? Since you mentioned having the Mytek Brooklyn, the optimal setting here would be “Decoder and Renderer”. If both the microRendu and PS Audio are set to “Decoder and Renderer” and no DSP is engaged during playback, both devices should be sent the 24 44/48 stream, not the high resolution Core Decoded stream. This may improve the behavior you are seeing while you wait for the firmware update for the DirectStream.

The microRendu is plugged directly into some BeoLab 90s, which do not know about MQA, so those are sending the core decoded stream. But the DSSr is back from service, so I can put that back into play, so there would be DSes in both locations…

I was surprised that the microRendu -> Brooklyn with the same setup on the BL90 side seemed to work, while the DSSr with the same BL90 setup didn’t.

I’ve also seen weird problems with the BL90s suddenly jumping to 100% volume, especially when going between different bit rates (eg from 192/24 -> 44.1/16). I don’t know if that’s Roon-related: I have it set as fixed volume, and it’s USB input. But it’s rather surprising when something with that much power decides to blast at near 100% volume…