I have the vinyl version of Original Master Recording of Crime of the Century. I also have the (OMR) on CD. And there are several high-res versions in my library (incl. Qobuz).

I tend to remember arguably useless aspects of songs, like this song is in A minor as I recall. After the line “Don’t Do This etc” they use a noise maker for emphasis, the device we used as kids to create a spinning metallic sound.

I do not hear that on any of my recordings (or at best faintly) when it was quite prominent when last I played it (decades ago). Can you confirm that it was indeed a percussion aspect in the song at that point? And/or any idea as to why it is not prominent in my recordings of the song?

Thank you. This is a First World problem.

Not meaning to be rude, but could it just be that your hearing has deteriorated in the meantime?

I have several pressings of this, including a MoFi copy. I also have it in Tidal with and without MQA. I’ll listen tomorrow and see what I come up with.

Thank you for checking.

I do not think that presbycusis would account for a single instrument missing in a song. Guns and race cars have resulted in presbycusis for some of us, but in this particular recording, I do not hear a specific instrument. This could be simply that I am misremembering the song itself. My post was reaching out to those with the album/song and inquiring whether the instrument was ever there. Thank you for looking at your library.

Thank you for this exercise. As much as I like this song, I listened to it far more intricately than I had before. It’s a very interesting song!
To that end, I focused my listening from about the 2:12 mark in the song onward. I hear, in the background, what sounds like a muted hi-hat, or brush type sound (maybe a cabasa) that provides a metal sound . It’s playing a steady beat behind other instruments that are brought in in a layering effect until the “metal sounding”instrument is largely lost in the mix.
In the specific part you described (emphasis effect following the lyrics) I hear what I believe to be a muted guitar on a wah-wah pedal with simple drums behind it. That’s really all I’m coming up with, but I heard something different (or a new aspect) every time I played it and every medium change (digital, MQA, non- MQA, vinyl, headphones, no headphones).
I’m not done listening to this song, but I wanted to share my preliminary findings.
And, regardless, I’m sure my hearing is worse than yours.

I tend to listen to music as you describe. I remember first (easy) noting that Hotel California is edited just before “Pink Champaign on ice”. In the Allman Bros. Live at the Fillmore…" at the end of Whipping Post as it trails away, you can faintly hear them moving into Mountain Jam. In the day, I used an Advent Cassette Deck (201?) to edit at that break so that if adjusted for volume, this is seamlessly one song as it was performed. This is how I listen, fine nuances. My wife is quite a bit younger and when I point out things like that she is fascinated.

Regarding “competing” for the worst hearing…I took the kids to the mountains to teach them to shoot. I had my latest new pistol. I had some uncertainties as to how it operated. Strange gun. The kids were far away, I chambered a round and did not take time (foolish) to put on ear protection, first time ever. I fired, hit my target, and could not hear at all for hours. That said, there is something interesting about foolishness. The kids would never shoot without ear and eye protection.

Addendum: found the device. It is called a New Years rachet noise maker, and my wife insists that I have the wrong song. I am filing for irreconcilable differences.

Creaky chair at the end of “A Day in the Life” is what started me.

I’ll give it a listen and report back.

What about the chickens turning into a guitar on Sgt Pepper?

I catalogue nothing so I am now searching for my CD of Sgt Pepper. The versions that I have for streaming are those endless edits and revisions. Still looking and listening for the chair.

Addendum: Cannot hear the chair. Perhaps I need headphones, but since I do not own/want them, I defer to you that the chair is there. They would have enjoyed that like Pink Floyd enjoyed the voices they added to tracks on DSofM.

I took a listen to it on two albums; Crime of the Century (2014 HD Remaster on Qobuz), and The Very Best of Supertramp (CD rip to FLAC). I didn’t notice a noisemaker like you described on either.

So was it used on a different SuperTramp song.

A congressional committee needs to be formed. Shall get back with their findings.

I love Supertramp, so I gave it a listen and loved it, I found 2 spots were there are odd background noises.

The song takes a break at around 2:12, as mentioned above, and starts an odd, very quiet, percussion type of repeating sound that could sound like a rotation noise on a vinyl copy. Then a 2nd odd sound starting at 4:30, which I can’t imagine you don’t hear that one.

One good trick to find out what your hearing is look for a live video, and wallah, we can at least identify the 1st odd sound, but I never saw the 2nd, but I believe it’s a Guitar oddly muted, listen and watch the vid: 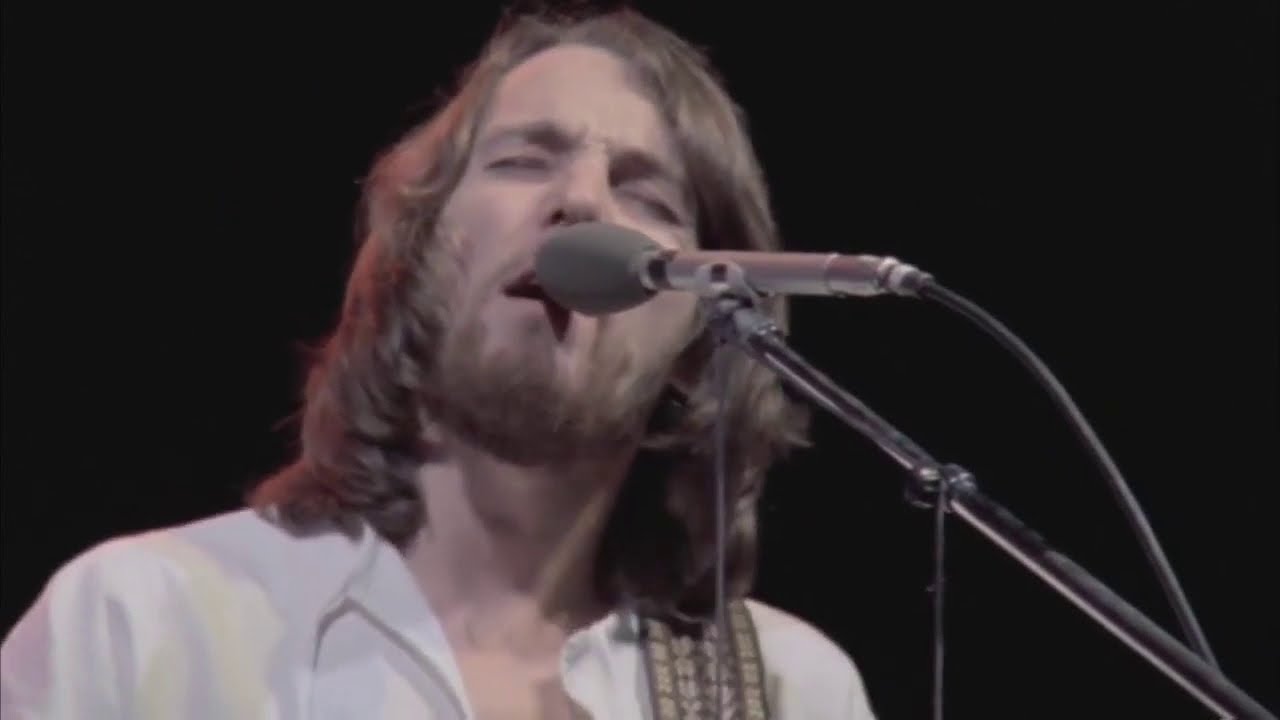 I checked my 24/96 file and also the original vinyl bought in the early ‘seventies (‘cos I am that old!) but couldn’t hear it.
However, I do recall hearing one used in a Supertramp song so I’ll keep listening and keep an eye on this thread!

Creaky chair at the end of “A Day in the Life” is what started me.

Yep, I heard that the first time I listened to the album.
Nobody else was hearing it. They told me I was imagining things. But I was sure.

@7NoteScale Well, I’ve found use of a noise maker, but not anywhere on Crime of the Century.
It’s in ‘Lady’, on Crisis? What Crisis? Used several times, starting around 1.48.

Memory had not served me well. I truly believed that the ratchet noise maker was used coming out of a break on School. It is clearly not there. It may, in fact, not have been Supertramp. Faulty memory. Someday, I or someone will come across a song, and it will be re-discovered. Thanks to all that listened on their own system(s).