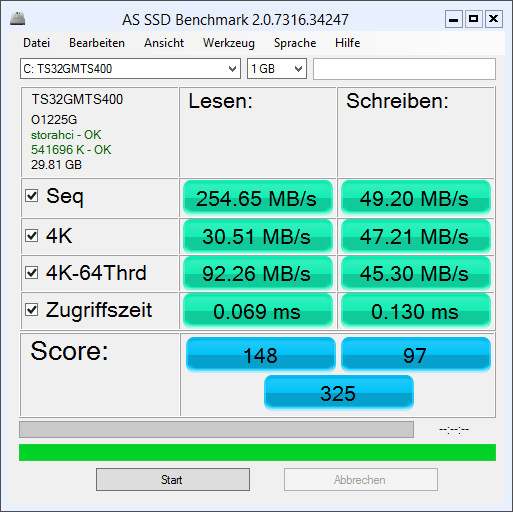 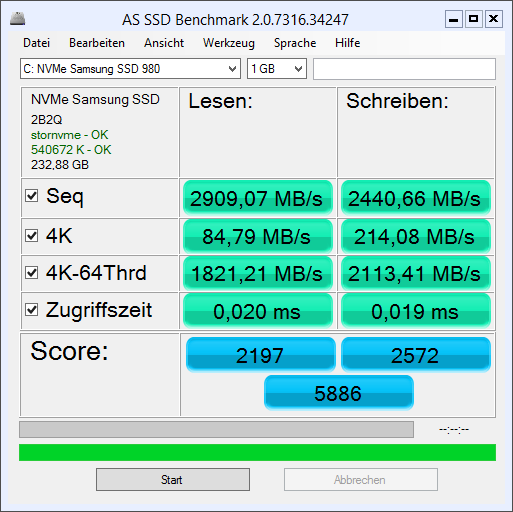 To say the Transcend is slow, would be an understatement.

I have cloned the SSD using cloning software and everything works. Cheap upgrade that makes the Nucleus work snappier (search, album art load times). All in all - a no brainer upgrade.

Both tests performed on Nucleus+ Rev. A with Win Server 2012 briefly installed to run this test. SSD speeds are influenced by the MoBo and CPU used, which is why you may see the Samsung performing even better on newer boards using PCle 4.0 standard.

Nucleus “Rev B” uses faster M.2 NVMe standard SSDs, so while certainly faster than M.2 SATA drives found in the “Rev A” models, they are still much slower than those Samsung drives.

I use 2 Samsung 980 Pro NVMe 1 TB SSDs connected via PCIe 4 x 4 and I’m getting read speeds of almost 7000 MB/s on my ASUS ROG Dark Hero motherboard. I have used many NVMe SSDs and these are the fastest I’ve found so I completely agree with you. I will be using one of these on the NUC I’m getting for my next Roon Core which will use less than 10% as much power as my gaming computer.

You will see even higher speeds from 980 Pro on a newer boards that use PCle 4.0. The Intel NUC board Nucleus is based on supports PCle 3.0 max.

I use an Samsung Pro in my ROCK Nuc. Internal parts matter. Both Drive and RAM can make differences in performance, stability and longevity.

Paired this with Corsair Vengeance SODIMM 16GB (2x8GB) DDR4 2400MHz CL16 Memory as the specs for this NUC board are:

No point going for PCI Gen4 when the Motherboard doesn’t support it, same with faster RAM

Samsung 980 Pro is still a bit faster than 970 Evo Plus. Not that anyone would notice. 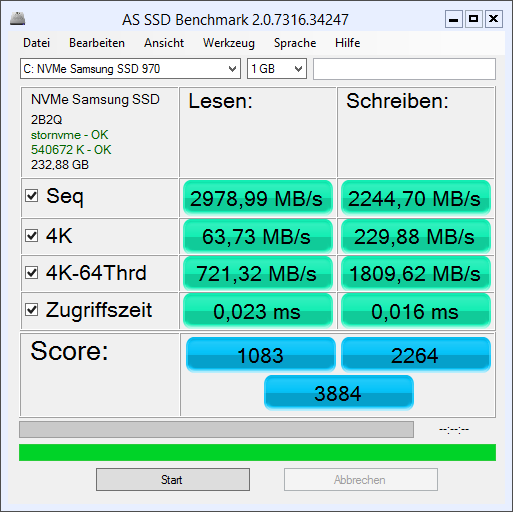 Absolutely. Those old SATA m.2 drives are just painfully slow. With the prices of SSD going down and the speeds going up, there is just no reason not to upgrade.

BTW - almost all 5-gen NUCs (the only exception I know beeing MYHE models, eg. NUC3i5MYHE) can run modern NVMe SSDs. A BIOS update may be needed if you still run the very early BIOS release. They really come to life with fast SSD and can still be used if you don’t use DSP much.

I have cloned the SSD using cloning software

Could you provide additional information on this process? I’m keen to give this a go. Cheers.

The easiest way is to get a M.2 cloner / docking station, which will do SSD cloning automaticly in 10 min or so.

I have bought this one from Amazon: 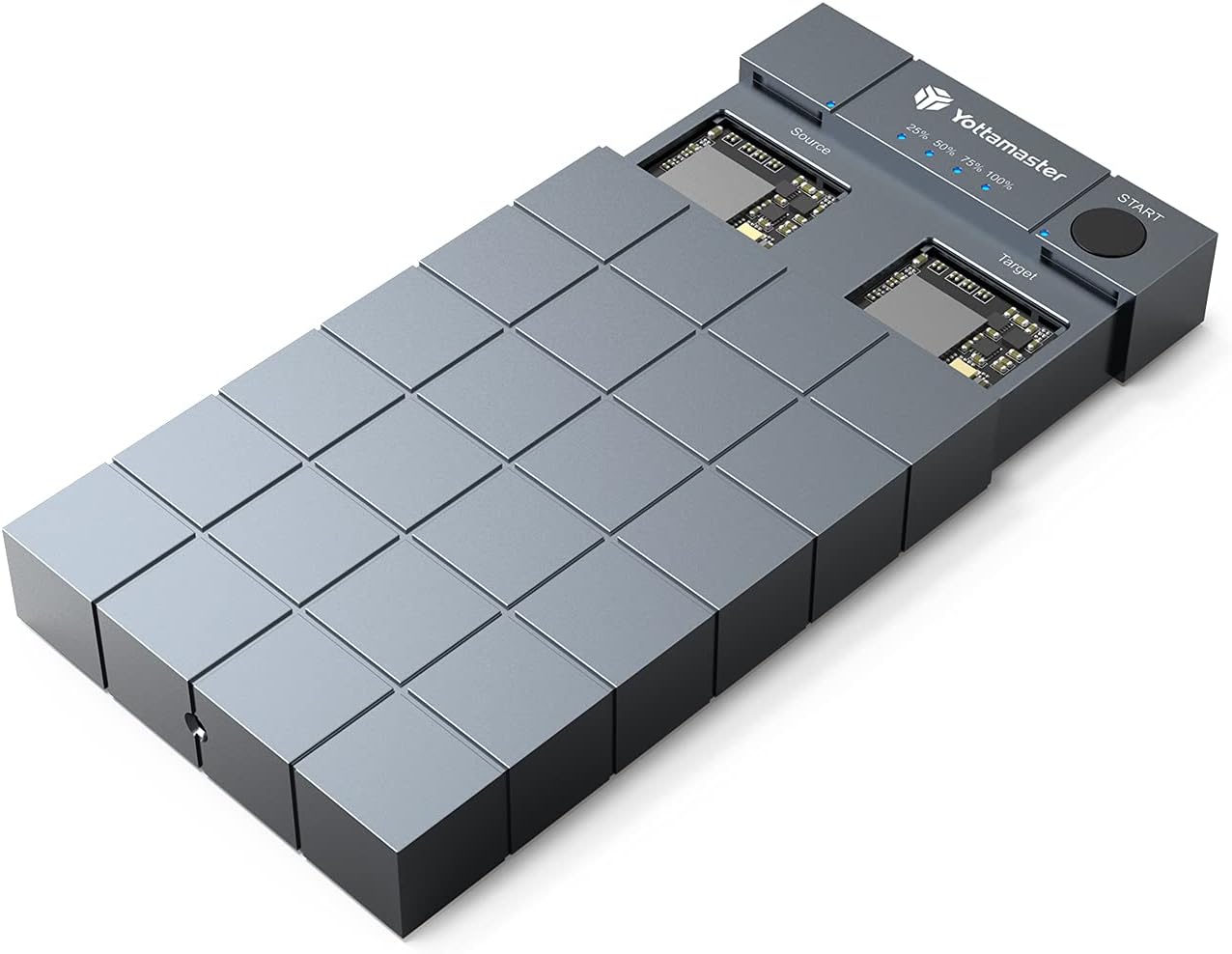 If your Nucleus has a newer m.2 NVMe drive, then this is all you need.

If you have an earlier Nucleus “Rev A” that got m.2 SATA drive, than it gets more complicated, as this cloner can only duplicate m.2 NVMe drives and you need to do m.2 SATA to m.2 NVMe clone.

There are some cloners on Amazon that supposedly are able to do this, but instead you can buy two m.2 docking stations like this: 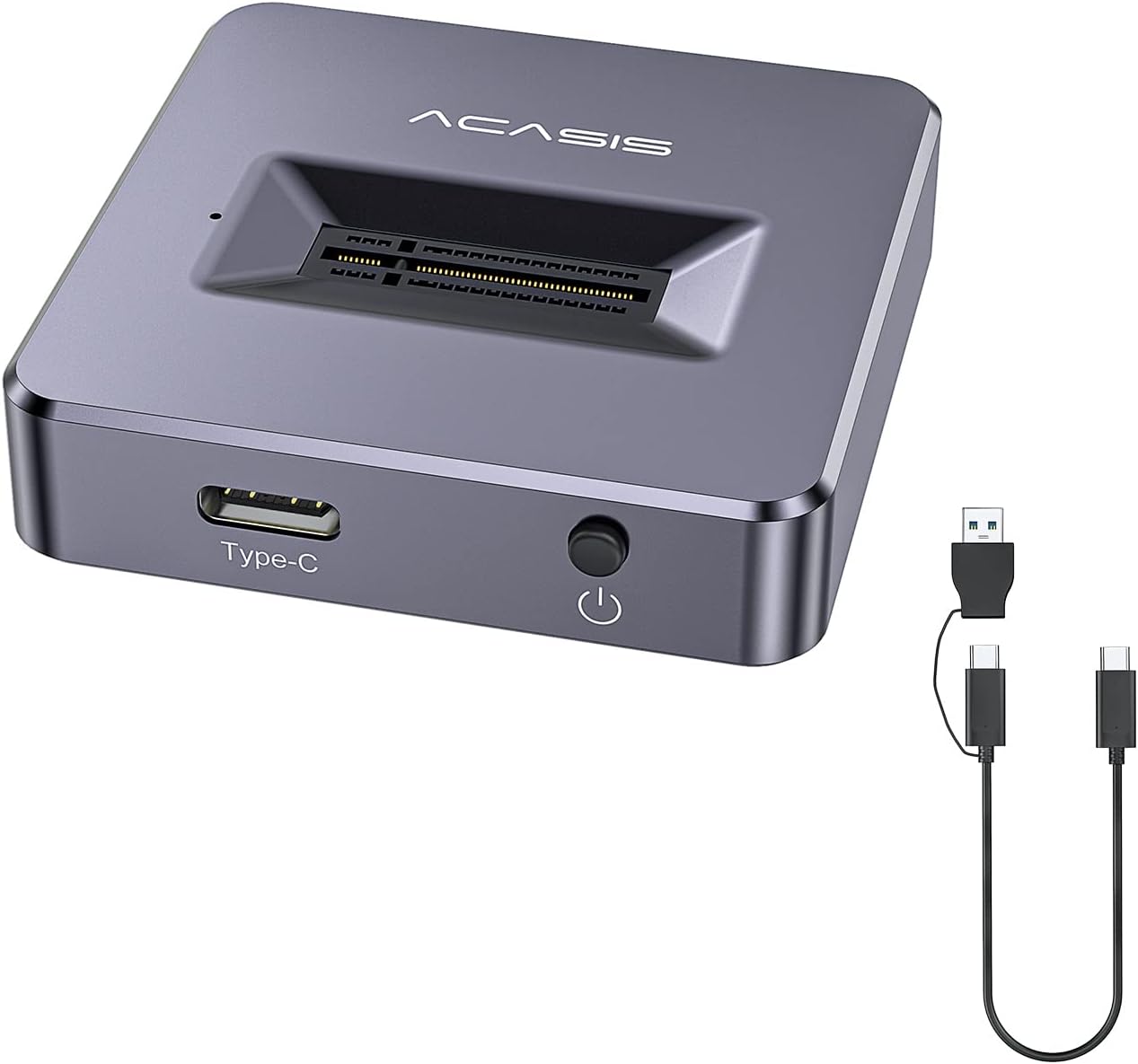 and run cloning software like Macrium Reflect (super easy to use).

Since the cloner I bought was NVMe to NVMe, I have used it as NVMe docking station and put the original m.2 SATA SSD from the Nucleus into a free m.2 slot on my desktop computer.

So the new Samsung drive in the docking station, old Nucleus drive insterted into my desktop PC + Macrium Reflect did the trick for me.

Yes, I tried a NVMe SSD in the NUC5i3MYHE, with the latest BIOS and was not picked up.
The performance of the NUC5i3 running ROCK was very good, and on par with NUC6 and some NUC7 units, as the single thread performance of the Intel CPUs used didn’t really change until the Gen8 units (and the CPU in the NUC7i7DN* units)

NUC5i3MYHE and 5i5MYHE do not work with NVMe drives. No idea why, as other 5-gen NUCs do work (NUC5i3RYH and similar).

I’ve got a Nucleus Rev B. Per your helpful information, I picked up a Simplecom SD550 Docking Station and a Samsung 970 EVO Plus 250GB. Indeed, once I formatted the new M.2 drive on my PC, cloning the original Transcend drive using the Simplecom Docking Station was incredibly easy (and took less than 5-minutes).

I’m very happy to report that the entire Roon experience is made considerable snappier and responsive using the faster Samsung M.2 drive in the Nucleus. Menus, browsing, searching and loading of album artwork are all notably improved. As you stated, this was a no-brainer upgrade.

Most importantly, being able to replace the main system HDD on the Nucleus myself means it is as self-serviceable as an Intel Nuc ROCK core!

Glad it worked for you.

The difference on Nucleus Rev. A - which has the old, crappy, slow M.2 SATA drive - is even bigger.

I actually ended up canceling my WD SN850 order because it was going to take forever to arrive. Got same day delivery for a 500GB 980 Pro, arrived 10p yesterday.

I got the sector’s and MBR from the Transcend cloned, but have all that unallocated space that I’m struggling to add to the ROONDATA partition. I’m in a W10/64bit environment.

I’m about to give up because obviously space isn’t the issue, speed is. Just want to ensure all wear leveling features on the actual drive are active.

I would spin up a gparted live cd (or usb stick…). This should allow you to easily allocate the remaining space to the data partition.

This is the first I’ve heard of Gparted. THANK YOU!!

Glad it worked for you.

The difference on Nucleus Rev. A - which has the old, crappy, slow M.2 SATA drive - is even bigger.

I bet! Based on a few other upgrade posts, I’ve also decided to swap out the standard Nucleus single 4GB RAM stick for 2, 8GB sticks. That said, 16GB of RAM is absolutely overkill for my Roon needs …can’t hurt to max everything out though

“I don’t want to burst your bubble, but I just installed 2 8gb modules, and the system is considerably faster with loading album artwork, and processing. I have the standard Nucleus. Kind of surprised that it only comes with 4GB to begin with.”

Greetings! I wanted to update this post as I went ahead and upgraded the RAM today on the nucleus plus. I added in two 8 GB RAM sticks by Crucial/Micron. The process is super easy taking less than five minutes from start to finish which included taking it off the audio rack, opening it up, switching out the ram, and putting it back on the rack, plugging everything back in. Will be interested to see if the performance gains remain after several days of use, but it only took a few seconds to note…

Going to two RAM sticks brings you from single channel RAM mode to dual channel mode. It’s a mathematical doubling of memory bandwidth (but you won’t see a true doubling of speed). Also drives down latency a bit IIRC.

It’s an optimization built into the system. So, regardless of one’s views on RAM amount required, going with two sticks seems to be an incredibly uncontroversial upgrade IMHO.