The Coffee (and tea!) thread - and you thought audiophiles were finicky :-)

Is there any interest in a coffee thread? Prompted by @Frans_Goddijn using his Roon core laptop to control his coffee roaster as well - that’s dedication to a good cup. See ‘Showing (off) your Roon setup’ thread, post 4788 onwards - this is his system 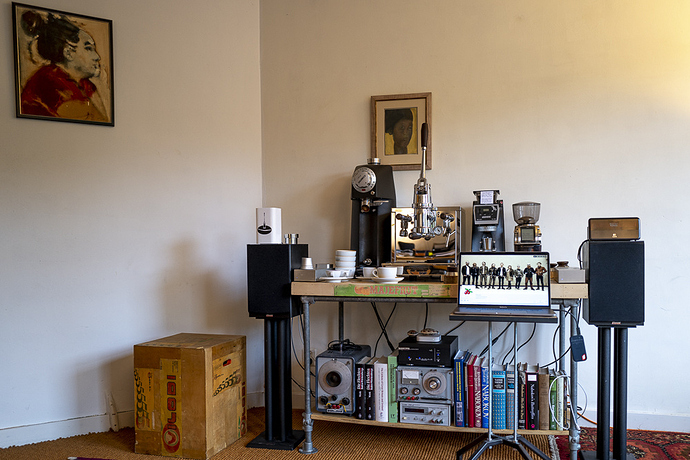 I have moved the coffee posts to this tread. Let me know if I have missed any! RBM.

Do tell us about this coffee roaster!

Some may feel this is slightly off topic but since you ask – lots about the roaster and the software is on my blog, for instance this entry which also has pictures of the roaster:
https://kostverlorenvaart.blogspot.com/2018/01/tijes-trolley-for-fz94.html

Mods (@rugby) ?- can we put this into a separate coffee thread please, I suspect we will have a few posts.

Frans - how much do you roast each time?

Mods (@rugby) ?- can we put this into a separate coffee thread please, I suspect we will have a few posts.

Frans - how much do you roast each time?

If the new thread can be made in the appropriate spot that would be great.

I typically charge 1500g of green beans. This evening I roasted Cuban beans. After roasting, losing moisture, chaff and some other materials in the process, I had 1266g of roasted beans, of 44% less density but 50% more volume so that went well and a color brown measuring #93 on the Tonino scale 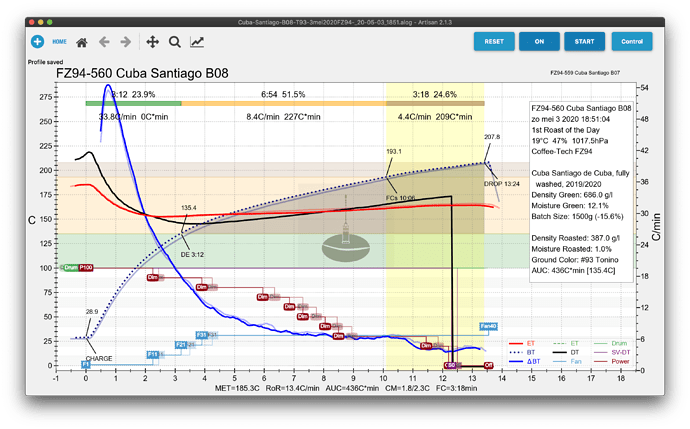 My rather modest setup is an inexpensive (burr) grinder and this Clever Dripper filter whatsit. It’s actually rather good - my Gaggia sits on the side unused. I’m sure it would make better coffee but the CD is so much easier… 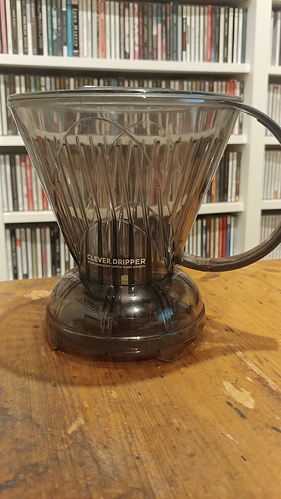 but the CD is so much easier…

That quote is priceless on a streaming forum!

I have moved the coffee posts to this tread. Let me know if I have missed any! RBM.

My rather modest setup is an inexpensive (burr) grinder and this Clever Dripper filter whatsit.

I gave a dear friend of mine a Comandante hand grinder (red wood with a red felt coat) and a simple ceramic/metal drip coffee set:

A couple of brew brands I’ve tried recently are Black Rifle Coffee and Intazza. Both were excellent.

Never mind coffee machines, there looks to be a few lovely old signal generators in that picture. Can’t really see too well, but the one on the left looks extremely familiar. I recall using something similar during my electronics apprenticeship days. It had the same slow-turn geared dial, probably made by Marconi Instruments or other Brtish maker.
Apologies for the slight thread diversion, back onto coffee… 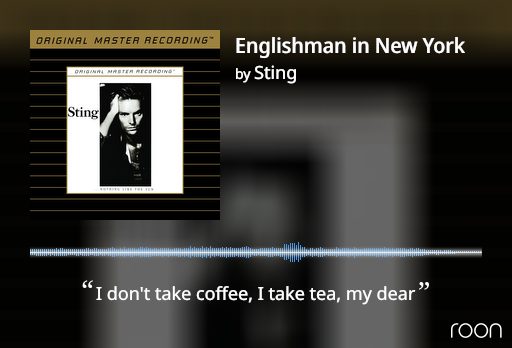 Tea/Coffee just Caffeine alternatives…whatever floats your boat…Just dont do decaf - I mean what’s the point…well I guess maybe some might have to for health reasons - to me its like non alcohol beer.

Now, I love a de caff tea and coffee in the evening… Heresy I know… but, it’s satisfying

I drink both too - got to be a cuppa first thing. Although I did switch to decaf tea so I could drink more coffee.

Not quite as good but get some decent decaf beans and they can be pretty good. I bought a kilo in the new year to get 2020 off to a good start by drinking decaf for a month. Have to say i was crawling up the walls for some caffeine by the end of it though.

Is that the equivalent of music - Bose, Bose - music?

Says he with a Bose Mini-Link 2 speaker that gets a lot of use. I’ve also reviewed many of their devices over the years and liked them. The SoundDock 10 was a monstrous riot of a BT speaker. Sorry…getting off thread.

TBH I bought a pair of 101’s 2nd hand that I still use for the kitchen but about to move to the bathroom on a RPi with IQAudIO Digiamp+. The other Bose I bought second hand was a pair of original 901’s with EQ in a garage sale for AU$40 which now sit in the BOSE museum in Sydney as I traded them with the Bose ASEAN manager who my dad new, for a CD wave Radio (still have but not used in years) and $1000 of a LS8 surround system with white speakers for my Dad. in the old days they had some good ideas but now its not something I would consider…bar maybe ANC headphones which I have a pair of IEM ones and the mrs has a pair of QC25’s I think. But I think Im in the wrong thread now.

Back OT I just did some cold brew overnight in the fridge 24hrs … very smooth but next time ill grind more coarsely as filtering took like an hour to drip thru.