The date added is incorrect!

This happens quite a lot. Here is an example; I added an album to Roon yesterday (by moving it from a non-watched folder to a watched folder). It appeared in Roon as expected. But it didn’t appear at the top of the recently added list. It appears about 20 albums in and says “Added 49 days ago” (date added reads as 20 October 2020). There is nothing wrong with my system date settings as far as I can tell. What’s going on?

Can you go to Settings > Library > Import Settings and share a screenshot of the Track Import Dates settings?

That setting was on “file creation time”. I’ve changed it to “Roon import timestamp” as I presume that’s what I need to do? Was never even aware of that setting before. Changing that setting hasn’t changed the import dates displayed for the albums though - the album I imported yesterday still says “added 49 days ago”. Screenshot as an example: 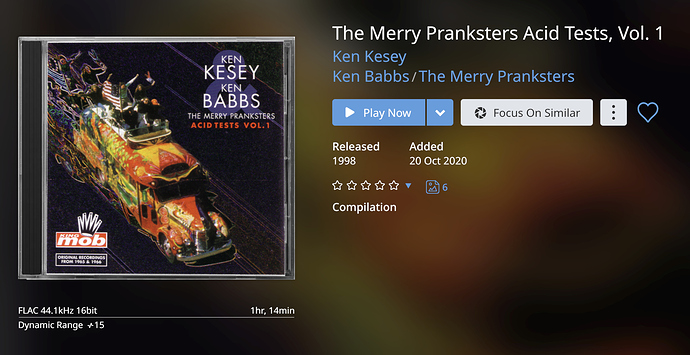 I believe this is because the album was originally imported with the “File Creation Time” setting. If you look at the data for the file itself, the creation time is likely going to be Oct 20, 2020. Can you try re-scanning this album?

At some point in the process the album import date seems to have changed - it now reads 7 Dec 2020, which I believe is probably correct. Not sure what I did to change it. I’ll keep my eyes open for this issue.