The social graph of the music metadata

I was reading an article about scale-free networks and this reminded me of discussions we have had about visualizing and navigating and analyzing “the social graph” of the music metadata.

And while I was reading I was listening to Roon, this album:
https://i.imgur.com/pGBmD5T.png

Only three artists, but they are fairly important in my library, and in the list on the right I saw 15 other albums. I clicked on the first in the list:
https://i.imgur.com/7BLftd0.png

Only two artists, and yet there were 12 albums. And so it goes.

But these two linear lists are not a good way to visualize the relationships.
How much overlap between the 15 and the 12?
Two Minuettos was linked from Paolo Fresu, what would I have seen from Galliano or Lundgren? And how many of the 12 came from Caine?
Which other artists have lots of relationships with these guys?
Which favorite albums show up among these related albums?
Which unlistened ones? (I found one fabulous one I had never played!)

So I would like to revisit this question: can we think of other ways to visualize and explore these relationships?
@Danny we have talked about this before.

I was thinking about this the other day and was reminded of a BBC series first broadcast in the 1990s called Rock Family Trees. I thought the Roon database could be used to create a “phylogenetic” tree visualisation for a genre or artist. 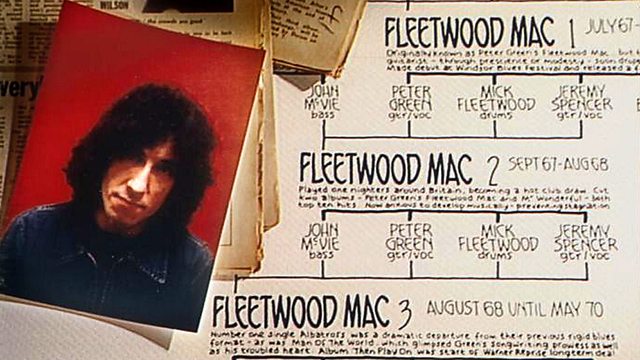 Yes, I saw the same thing, even bought a book with those foldout charts. Fabulous.

Something like that. We have limited screen space, but instead our displays are dynamic,

Good to see the great Peter Green there…

There are a number of online attempts to do something similar. Discograph is more interesting than others, but not what Anders is suggesting.

I think LastFM or Spotify do something similar also. I’ll see if I can find them.

These are my Listening Reports from LastFM for last week and last year. They are based on what I actually played, rather than what is in my library. Again, it is not what Anders is suggesting, but it shows what can be done with the data. I think if I were to subscribe to LastFM then I would see a genre map with nodes that is more along the lines of what Anders is talking about.

This is a Spotify powered genre map that is a step closer towards what could be done.

I love this idea, not the least because

I work for a software company and am currently working on this very problem for a Music distributor out of SoCal. Primary business driver is for tracking artist royalties driven by online consumption through all sorts of distribution points. The primary challenges are around “Entity Resolution”, Scale and performance. The data collection is not that huge, but transaction rates are large and will be huge very soon based on other factors. When I’m on my laptop I’ll share an example of a graph schema that represents this concept based on the MusicBrainz DB. It’s an interesting use case that we can solve for all the listed challenges.

Google “Music Maps”, there are a lot online. Dynamic versions of this within Roon would be AWESOME.

@enno I think we discussed this quite a lot at some point many years ago, no?