I have a similar situation to William McKinney. I am running Roon on an Intel NUC, and have my music library on a NAS. I see this with both my MacOS desktop player and PS Audio Bridge. I usually see the message for the first one or two tracks on a album. It seems like something needs to “warm up”. Re-starting after a few seconds typically gets it working again.

This happens often to me as well. Never had it prior to 1.4 @Mike. This comes and goes but is rather annoying. 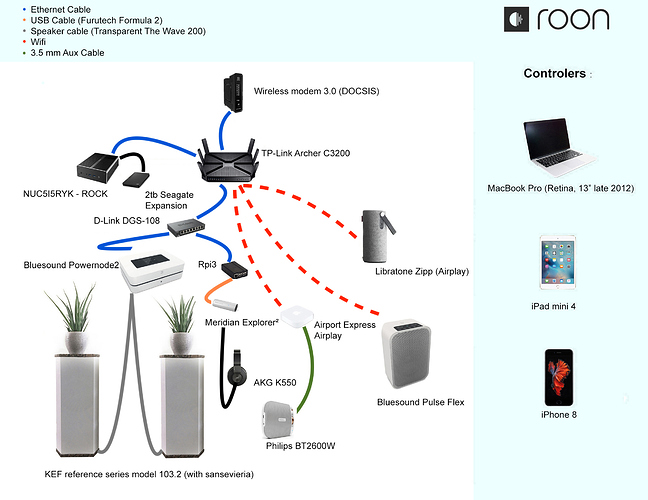 I am also having this problem. If I select the the same track again it will play. I have the netgear R8000 router and the i5 sonictransporter.

@support has something changed your side. I can no longer use my Tidal account in Roon. just got home and started the app on my phone and it said it was not logged in. I have tried to login but it keeps saying my password or username is not valid. It works in the Tidal app so whats happening here.

What was the error message? You also might try: https://community.roonlabs.com/t/trying-to-clear-tidal-cache/30027/2?u=rugby

Happening here ocasdionally too but not nearly as often now my Roon network is wired. I see the Tidal message maybe once a week now. My Internet speed is only 6mb/sec. I am thinking the slow internet is contributing

Andrew, my internet speeds are usually somewhere between 50-90 MB/sec with all Ethernet wired connections and I am experience this problem. So…that leads me to believe that internet speed is not the key issue.

I’m on a 150Mb/s connection and fully wired too.

This keeps happening to me all the time. It is driving me crazy. I have robust 100/100 mbps internet connection from Verizon FIOS. Everything else works perfectly in my house, including 4K content in three TVs simultaneously

200mbs here and still the issue. Also if it was internet how come it works in Tidals own app and on inbuilt Tidal on the same device Roon can’t playback on.

Right Bruce, we’ll its not that then…

Another thought, I switched to running rock on a nuc at the same time, not sure if that had something to do with it?

I too experience this problem running ROCK on a NUCi3, but I used that setup for months without this issue.

Everything is better today.

Well everything is worse again, I’m getting the errors again.

After things got better I started rolling back all the changes I’d made, one of which was remove the wireless bridge I was using in my audio rack. I’d replaced it with a hardwired connection. Now that the wireless bridge is back in, the problems have resumed.

And the errors follow the same pattern as before: It affects certain songs consistently. Right now, I can play parts of The National’s “Sleep Well Beast” but not others. Track #4 will not play. Track #7 is fine.

I did get a Roon update yesterday but that didn’t seem to have an effect on anything. I’ve also swapped the bridge in and out and confirmed that the problem does come and go with that configuration. I think I saw the error once in the 24 hours that I was running hardwired, versus every few minutes while using the bridge.

I’m using a Sonos Bridge for that right now, I’ve ordered a more robust Wifi bridge from Amazon, it will be here later this evening, we’ll see if that has any effect.

After updating yesterday evening the message did not come up. The music still takes some time to load from Tidal and sometimes, when the delays were long, I was prompted to select an audio zone, even though I had been playing music in that particular room all along.

I had that issue to thought it was my Uniti Atom playing up so maybe not. Also it seems to start and and then pause for some seconds then resumes.

Yes, and I notice I can induce the stopping/starting by suddenly switching to the next track. It typically plays 2 seconds, stops and then jumps back to zero and replays. It’s all a bit disconcerting.