Tidal MQA passthrough from Bluesound Node N100 - is it possible?

Hello! I’m interested in taking my laptop (running Roon) out of the equation as the source for MQA via Tidal and have come across a decent deal for a Bluesound Node N100.

What I’m unable to find info about online is whether it’s possible to passthrough MQA from the N100 to an external DAC (in this case a Mytek Brooklyn) - either by optical or USB. I would then just set the N100 as a Roon endpoint and control from phone/tablet. If anyone has any insight, I’d appreciate hearing about it!

It would seem that it only supports optical output … https://www.techgoondu.com/2014/06/23/goondu-review-bluesound-node-n100/. 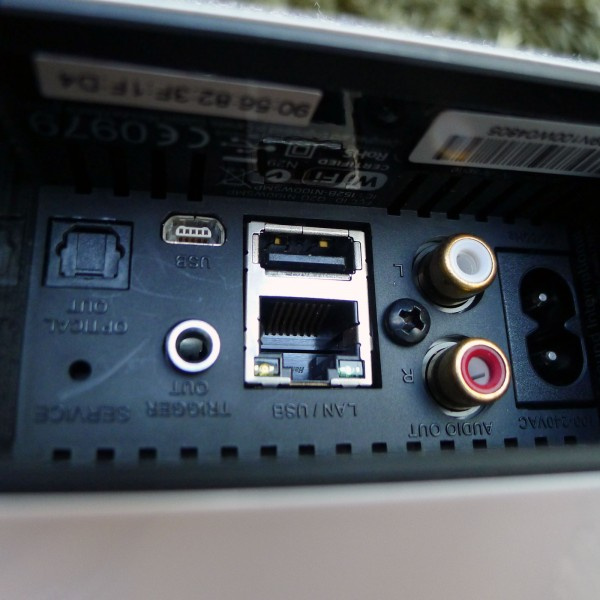 Thanks for the reply! So, does that mean it’s able to bypass the internal DAC via optical? Or is that traditionally only possible via USB?

The Bluesounds will render MQA for their analog outputs while acting as a Roon endpoint. Their digital outs will provide a 88.2/96Khz signal however. (First unfold, same as the software unfold from Roon will provide in any endpoint)
But, you can of course set it to bypass MQA via it’s settings. I assume that will also affect Roon playback, but haven’t tried.
But, why the fuzz? The Brooklyn kan be serviced by almost any Bridge, a Raspberry Pi or whatever?

Thanks for the info, I’m still a bit confused however. MQA is only rendered via the analog outputs? Not digital? And there’s no way to just pass the signal through to the Brooklyn to do all the work?

In answer to your why the fuzz, it’s primarily because I can get a good deal on a Node N100 ($50) so seemed like a nice piece of kit to do this with - if it works, of course!

So, does that mean it’s able to bypass the internal DAC via optical?

Yes, it will. But then, as @Mikael_Ollars says, you can achieve this with other Roon Bridges that are probably a much better match for the Brooklyn.

I see, thanks for the input. I’m a little new to the world of streamers and thought that Bluesound was a decent shout. Clearly I was mistaken! Is there any specific Roon bridge you’d recommend that pairs better with the Brooklyn?

The Bluesound Node N100 is an old product; it may not support Roon or MQA. The Brooklyn DAC will work with many Roon Ready network streamers.

See https://roonlabs.com/partners.html and http://roonready.com. However, if you’re still evaluating Roon I suggest you stick with the laptop for now and share a little about your current setup.

Thanks for the links, I will check them out.

In terms of my setup, I’m currently running Roon on a Dell laptop into the Brooklyn via USB which feeds a balanced THX AAA 789 for my headphones and analog outs to an Arcam poweramp to Sonus Faber speakers. I’m also using the analog inputs on the Mytek to put my turntable in the loop.

Roon has been great on the laptop, but I like the idea of having a separate endpoint that means I can use the laptop independently.

Don’t dismiss the BluOS capabilities, it’s better than Roon for some things, like Internet Radio, Radio Paradises FLAC streams with metadata and lots of other capabilities like Spotify Connect.
And it will do both Roon Ready and MQA rendering. (On it’s own it will perform both unfold and render part when playing/streaming MQA)
I’m pretty sure it will allow MQA bypass also. Question is if you are ready to abandon USB out?

And, you are aware that the Bluesound will not host your Roon Core?

I thought that $50 seemed like a decent deal, especially if it works the way I hope it does. And yup, I’m aware that I will need to have a Roon core. I have a Plex server in another part of my house that could be used for that.

Are there disadvantages of abandoning USB out? The optical in on the Mytek seems equally as competent as the USB - or is there something I’m missing?

This is true. But using my laptop as these three things means I need to have it open and running every time I want to sit and listen to music on my system.

Making my existing Plex server pull double duty as a Roon core and using something like the Bluesound as an endpoint frees the laptop up for, say, the wife wanting to use it, for example. And then a spare iPad can easily be requisitioned as a control point, no?

Perhaps a bit overkill, sure. But for the $50 it would cost me to make this happen I feel it would be worth it - of course that entirely depends if the Node N100 can passthrough an MQA signal that the Brooklyn can decode on its own. Otherwise there’s no point. I’ve emailed Bluesound directly to ask, so I guess we’ll see what they say

Are there disadvantages of abandoning USB out? The optical in on the Mytek seems equally as competent as the USB - or is there something I’m missing?

It depends on whether you are planning on playing back some higher rez files that the optical can’t handle? Like DSD or >192Khz files.
I have a Vault of the same generation and it works like a charm, sounding pretty good actually. (Both via it’s analog outputs and the optical)
I’m pretty sure the Brooklyn can act both as a full decoder and a renderer so youll be able to enjoy full MQA resolution either way!

It wasn’t clear from your post if you realised, many don’t, hence the ABC guide😄

no probs. nothing wrong with a little clarification!