Has anyone else noticed that many Tidal MQA titles are streaming CD quality? My local MQA files play at the right resolution as do some Tidal MQA files. So I don’t think it’s an issue with the system. See attached screen shots. 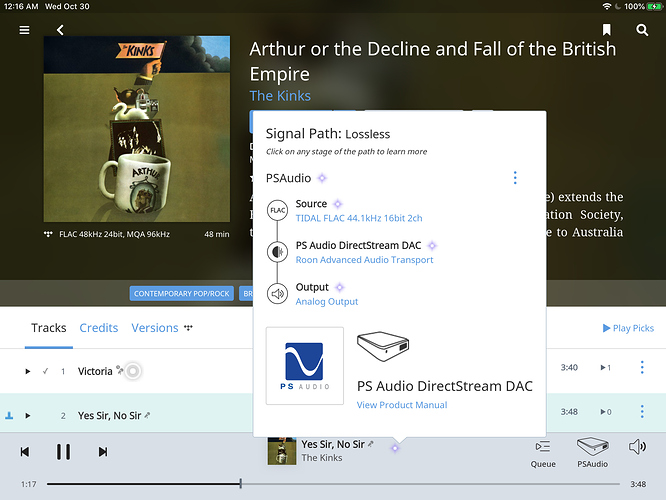 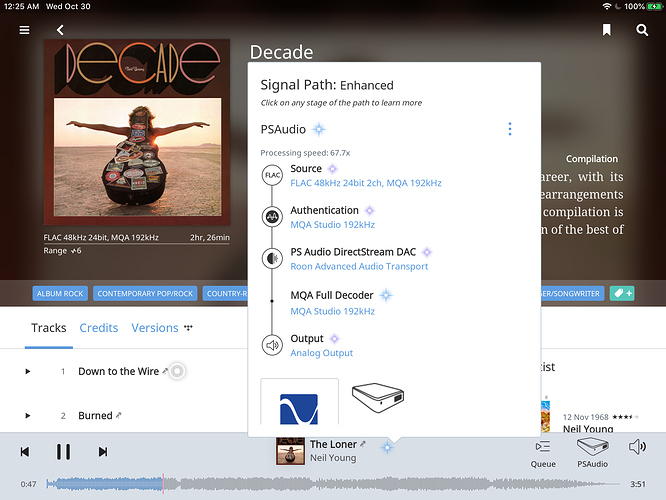 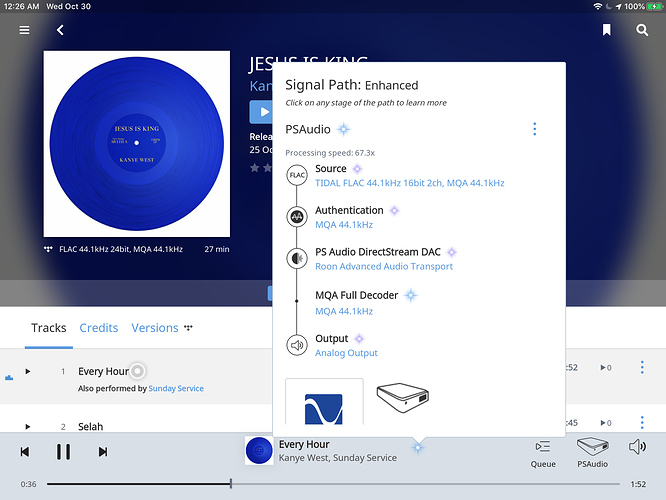 I think there is an open case for this issue with some files not being sniffed out as MQA by Roon. Some information about your core might be useful to the support team.

I’m running the core, build 416, on an Antipodes CX. The Roon endpoint is a PS Audio Direcstream Bridge ll. The network is wired, and I’m connecting the audio network via two SOtM switches.

This should be in @support.

Hello, i am not sure, but wasnt there an issue that some tracks not all track can be MQA even when the disc is called MQA ? Its in the property of the record company, but as i said iam not sure about that. Try all other tracks on the problem albums, so we know if that can be true.

I just tried streaming the first album example and seemed to work okay for me. Can you confirm the region for your TIDAL account?

The first album also streams correctly in MQA format for me - UK Region.

Moving forward I’m hoping you can do the following:

Hi Dylan, sorry for the delay. Unfortunately, ive had an issue with my DAC. Once fixed I’ll follow up.

Thanks for the update, @Joseph_Trelin.

After you tried Dylan’s steps and if it’s still not working, try this:

I think there is an open case for this issue with some files not being sniffed out as MQA by Roon.

In case you’re referring to the MQA CD open ticket, it’s a problem of Roon not recognizing the MQA encoding present in the MQA file.

Here in the first screenshot, OP is getting the wrong 16-bit non-MQA version from Tidal instead of the correct 24-bit MQA version.

The third screenshot shows a different problem. In the left it says it should be 24-bit. My testing also gets 24-bit. The signal path says it gets 16-bit is decoded to MQA - that’s not consistent with my test. I get a 24-bit MQA version and a 16-bit non-MQA version. I’ve never seen a 16-bit MQA file from Tidal before but I don’t rule out the possibility of its existence.

Hi Peter, thank you. As an FYI, the second screenshot was from a local MQA file, not Tidal, perhaps showing that it is a Tidal issue and not the system’s ability to recognize/unpack MQA files.

Dylan, please find the screenshots you requested. I’ll then try Peter’s suggestions. Thank you both for your help. 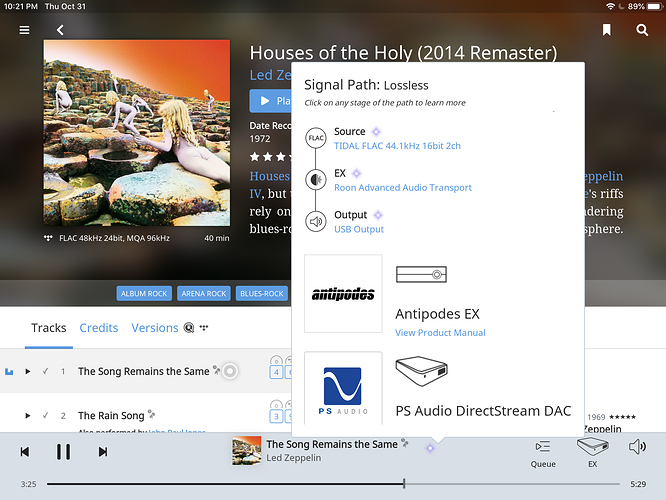 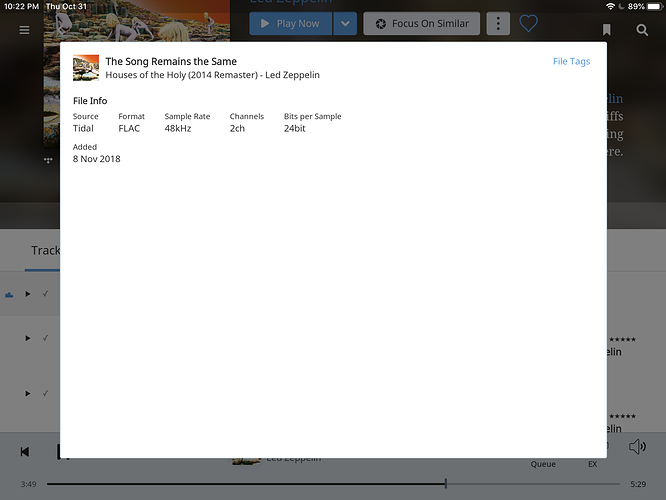 Hi Peter,
I don’t have permissions to access the Antipodes Linux OS so I did the next best thing. I cleared the cache via the tools. Uninstalled the Roon Core and then reinstalled it.

Appears to work now. See the attached screen shot. (The reason the file wasn’t fully unpacked is that I was connected to the DAC via USB. The Direcstream only supports MQA through an Ethernet connection to the PS Audio Bridge II. But I think that’s downstream of the issue and it would have been a chore to make the change at this hour.)

I’m glad to hear that things are working for you now! Please let us know if you see any issues return.