Been using it…and I love it! I hate to say it, but I think this news will hurt roon especially for us budget-fi folks. I just reupped for another year of roon for $160 CAD. If this news came out a week ago, it would’ve made my decision ALOT harder…especially considering Plex offers on-the-go listening, now with TIDAL! Plus, Plex Pass users get TIDAL discount for a limited time. 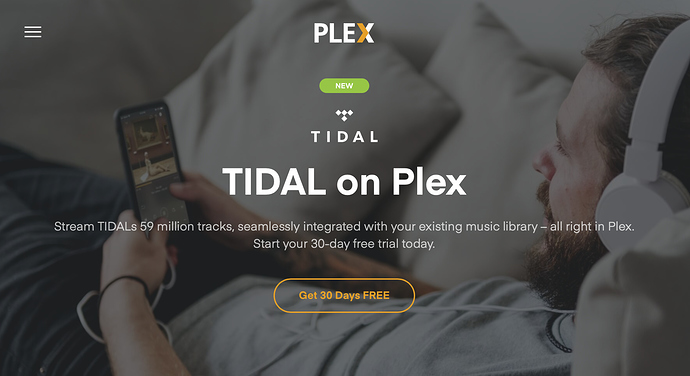 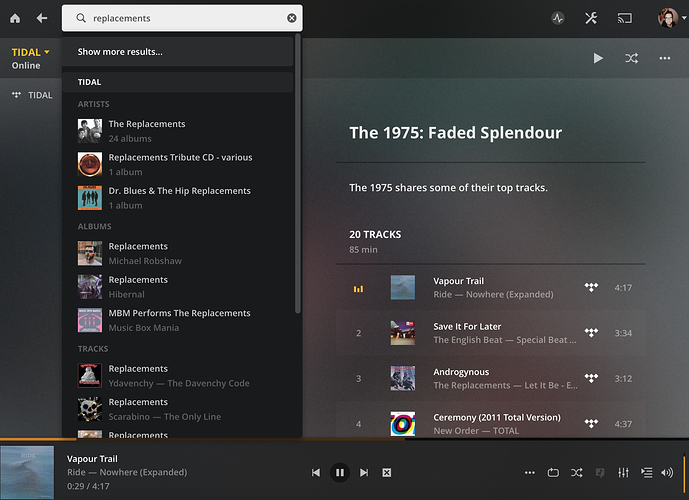 Wow did not see that coming.

Just linked my Tidal account to Plex and checking things out. When I click on Tidal in the left column under Online Content I see a Tidal home screen with lots of categories ( new albums, new playlists etc. ) that don’t appear to have much I’m interested in. There are also buttons at the top for My Tidal and My Tidal Playlists.

When I click on My Tidal it comes up defaulting to Artists by Title and the display is empty. Changing to Albums by Title shows the 393 albums I have added in Roon since I subscribed in May. Can also sort by Release Date and Date Played. No indication of album format ( CD, Hi-Res, MQA etc ).

Selecting an album does not show the format but it has a cool drop down that appears to show all the other albums by the artist on Tidal. If you select another album from the drop down you can add it to My Tidal using the the three dots ( More ) option at the top right of the screen. Don’t see a way to search my albums but I can search all of Tidal.

I added an album to My Tidal and my album count went from 393 to 391. Not sure what happened but I won’t be adding any albums in Plex for the moment. Adding the album to My Tidal did not add the artist to the artist list. After checking that out I went back to albums and my count is now down to 390. Not a good trend.

I don’t have any Play Lists in Roon so none in Tidal.

Headed to another room to play something from Plex, will report back.

After spending an hour or so playing around with iOS version…I have to say that it is far less “clunky” in comparison to roon.

Set it up already. 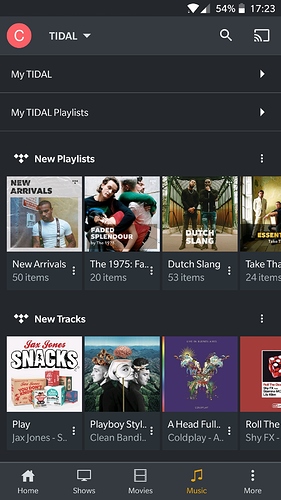 How does this effect Roon?
Does Plex have teh same functionality or is it just enabling streaming?

It’s just a section of your library its not integrated into you own music library. Just a drop down to choose a source.

Not sure its going to Rival Roon as its just integrated like any other platform that uses Tidal. On the go you can already use the Tidal app so not sure what added benefit this will bring.

The locations at home where I would listen to music using Plex both have an nVidia Shield connected to a receiver and then on to a TV. Just brought up the Plex client and could not find any reference to Tidal. Presumably an update will fix that.

There are now two short videos from Plex on YouTube about using Plex with Tidal. I’ve watched both and they mention integration and I’ve found some although not exactly what I expected.

I don’t have much local content ( 80-90 albums including a few Hi-Res downloads ) so when I click on Music in Plex using the web browser I see 53 artists. If i select CSNY this is what I see: 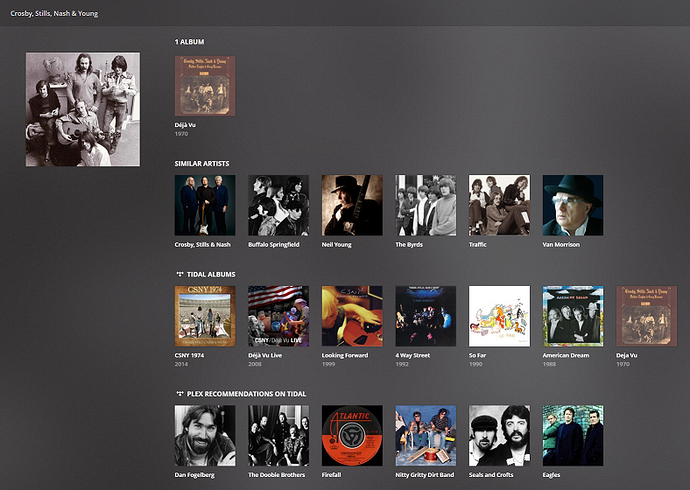 Note it shows the one album ( Deja Vu ) I own plus the albums I have added from Tidal using Roon as well as links to similar artists and recommendations on Tidal.

I went back to the Shield and selected CSNY and saw the same options although no artwork for the Tidal albums or Tidal recommendations. When I selected one of My Tidal albums I got a popup saying the directory was empty but then got a screen without artwork showing the name of the Album with a Play button. Clicking on Play caused a crash. May still need an app update on the Shield. Clicking on a Tidal album from the web browser screen works, it plays through my laptop speakers.

Not sure how I get to all the other Tidal albums I have added via Roon for Artists that Plex did not find in my local library.

In my last post I said Plex displayed the albums I had added for an artist from Tidal using Roon, That was wrong. It appears that Plex shows all the Tidal albums you can play for an artist. As Mike just mentioned you can’t play MQA albums. When I selected Van Morrison I saw 20 Tidal albums but not Into The Music which is an MQA album I added from Roon.

I’m trying to figure out why Plex won’t play an MQA album. Supposedly MQA encoded tracks can be played without unfolding and rendering albeit at lower resolution. I wonder if this was a restriction Tidal required or if Plex plans to add unfolding of MQA content in the future?

I have noticed when I pull up the Tidal album list in Plex it is not always complete and may not show the number of albums. The last time I think I saw a complete list the count was down to 388. My count had started at 393 and I added one album using Plex so my count should be 394. I wonder which 6 are missing?

FYI … while it took some time the Tidal album I added using Plex now shows up in Roon.

I.am not seeing them integrated at all in the android app. I go to music and select Music in my Plex library or choose tidal cannot see both as one library 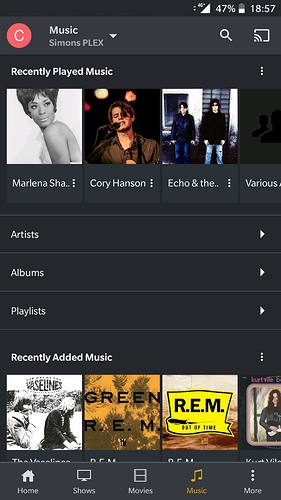 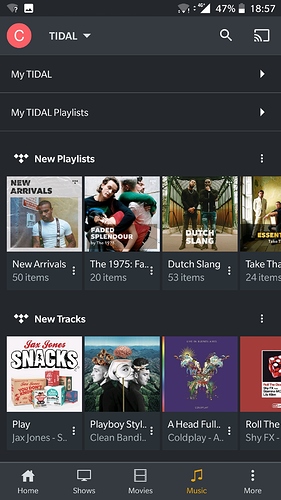 I think I need to update the server end to pick up the integrated stuff as I just can’t do it currently via web app or phone app. Will update when home.

From your main library, choose an artist. That will open the artist page, if you scroll down you will see the albums for that artist in Tidal, music videos, suggested artists etc.

I only see that on iOS, Web doesn’t do that.

Assuming you were responding to Matt’s post and saying you don’t see the additional info on the web here is what I see on the web:

It even adds upcoming performances and Tidal music videos if available. There are 20+ videos for Van Morrison below the Recommendations On Tidal which did not make my screen capture.

Plex on my Shield now has artwork for the Tidal Albums and Recommendations and I can now play Tidal albums. Best guess is it took Plex a while to assimilate everything for all my Tidal albums.

Must have been a timing thing, as It now works!