Track plays on Qobuz apps but not on Roon 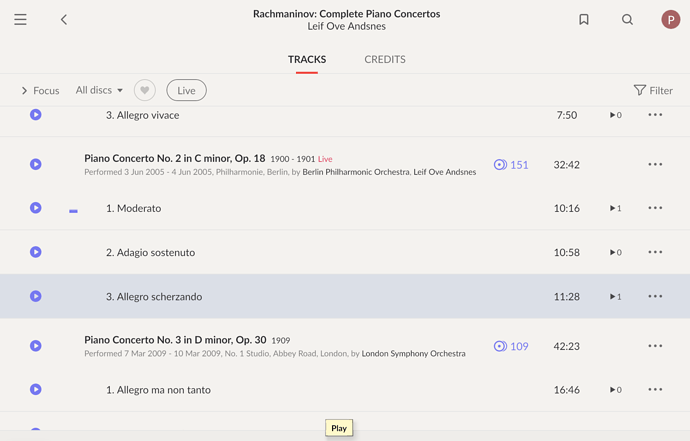 Hybrid wireless/wired network with wireless clients connected via EERO mesh network but ALL audio devices are connected via ethernet.

Occasionally tracks from Qobuz will play properly on the local Qobuz web player or via the Qobuz app but will NOT play on Roon. The SECOND MOVEMENT of the Rach Piano Concerto 2 DISPLAYED IN THE SCREEN SHOT ATTACHED WILL NOT PLAY on Roon, either selected individually or in a queue. Plays fine on the Qobuz app. This happen enough with other file to be truly annoying.

Sometimes Qobuz adds a new version of an album to their libary. Remove album from libary, add it again from Qobuz, sync you’re Roon libary. Sometimes this will do the trick

Thank you very much for getting in touch about this and sharing in such detail the issue you’re experiencing. We’re sorry

@fietser’s suggestion is a great first step! Thank you @fietser

Did that help at all?