I have the same problem, a friend of mine too.
Rebooting and reinstalling Rock, logging out and in again into Qobuz didn’t make a difference.
Playlist was made using Roon.
Can’t play the songs outside the playlist either.

Edit.: After some fiddeling and checking if the songs are playable in the Qobuz webplayer (yes they are) I can now play the songs from outside of the playlist. But the playlist still seems broken with most songs marked as unavailable

sure, for example:
in playlist unavailable “this world- Selah Sue”: 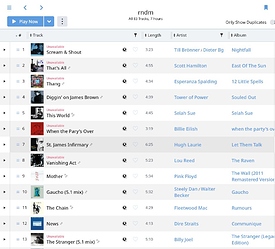 then clicking on the album i see the track as available (can’t play it first though, but clicking on play album plays the track just as it should): 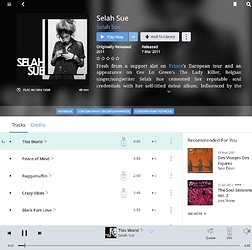 I have a ticket open with the technical team to investigate this issue. I’ll be sure to follow up as soon as I have their feedback on this.

I have the same issue, does that means we have to stop creating play list from Qobuz in Roon?