For a big part of my music I have in the same folder selected tracks from different albums of the same artist. Each track has the correct tag of the album and year, the same artist tag. There is my own tag SELECTIE which I use when building the views in Foobar or JRiver. I attached printscreens with the files exemple I used for importing in roon, and the tags in foobar. I also attached printscreens with the result of the roon import.

What I have as result is a single album containing all tracks. What I would like to have is all the albums of the tracks of the folder.

Is it possible? Maybe there are settings I missed? (I tried “use genres extracted form file tags”) If there is a special tag that I can add by mass tag modification I can do it. I’m looking for a solution at import, not after with edit.
@support 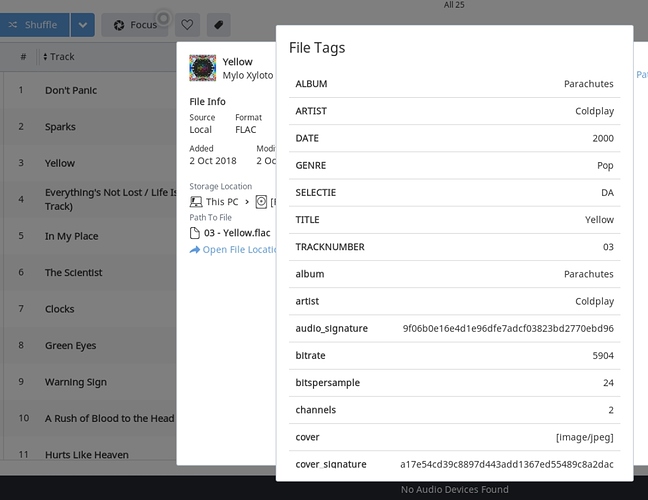 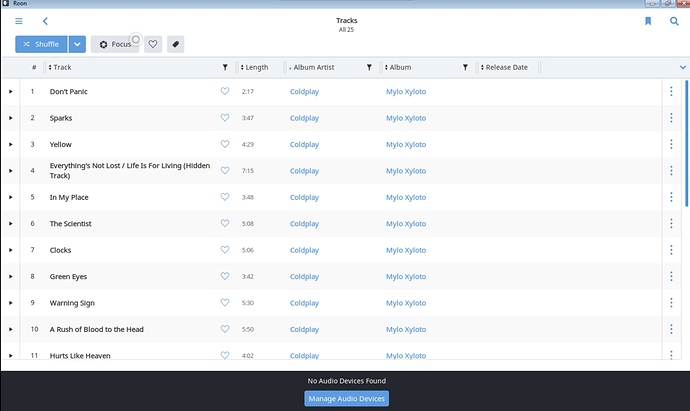 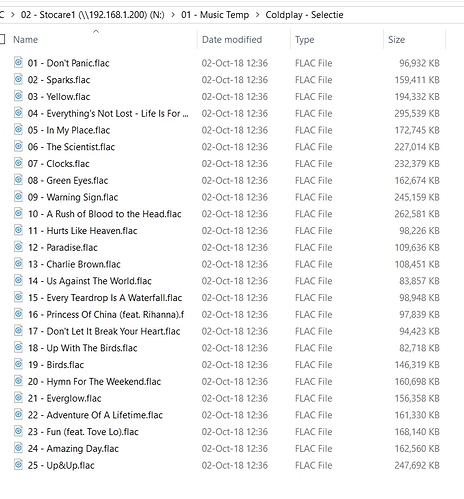 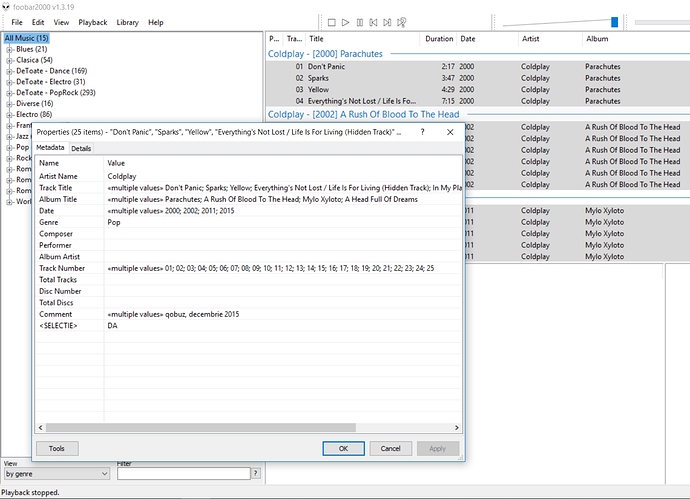 2 posts were split to a new topic: Not able to only play custom made album in Roon - Album is split up

I want a solution that is persistent (many years): in the case of pc crash, or reinstalling from 0 Roon. Also I don’t want to depend on a proprietary database. I have around 2300 tracks like this, so maybe 500 albums, a lot of work to edit. The same problem with playlists, how I maintain them, backup etc. This structure of folder, the special tag is my solution to this playlists problem, some kind of hard-coded playlists.

I also did something else. I mass copied the tracks in separate folders of each album (something that I thought I could do to all 2300 tracks, maybe, possible). The import gave me 4 albums, but all unidentified. I suppose because the #track tags in my files are not the same with #track from original album. So, dead end.

Giving the tracks in the folders an album name will resolve your difficulties. Presumably the folder names have meaning to you - most taggers can set a tag based on folder name, so the exercise is a trivial undertaking and doesn’t rely on Roon’s database for persistence.

I didn’t understand what to do exactly. To put the name of the album in the file name? For the second solution I was talking I have this folder and files. So there is the artist and album in the name of the folder. And each track has the tags for artist, album and year. But Roon still doesn’t recognise the album.

In order to get things to import how you’d like, you may need to reorganize your folder structure. Take a look at this post:

It contains some great details about how to best set up your media for proper identification.

Thank you Dylan for your response.
From what I read I suppose that my problem is that my track numbers that are in the file name and in the file tag are not the same with the ones from the original albums. I don’t know if you read above but I have 2300 tracks like this. So identifing and changing the track tag and after the file names is an enormous work. That I will not do.
Changing the track tags is the only solution? There are other ways?