Hello,
Today I was trying to import an album. That’s what I often do, but sometimes you get in a lot of trouble. Until now I could always solve it myself but today it is a more persistent problem.
First my setup: 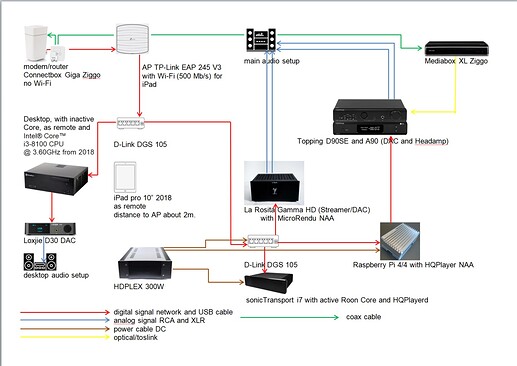 The album was already on the SSD in the Sonictransporter but I was not satisfied with the added meta data. I re-tagged the album with MP3Tagging. Since it’s a downloaded album from Qobuz, I had to put it on my PC’s disk and tag it there to avoid saving problems. Then I put the album back on the SSD in the ST. Unfortunately, only track 3 can be found in Roon now. I don’t see the rest in Library Skipped Files either. 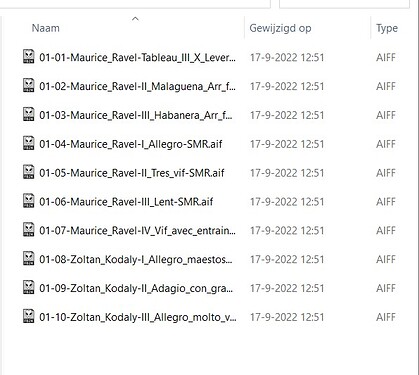 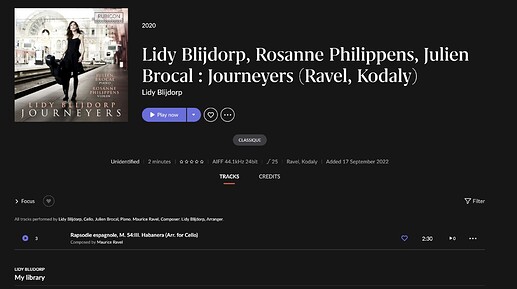 I have removed the album from Roon several times and added it again. That didn’t help. Only track 3 was always shown. I also downloaded the album again via Qobuz. Removed the existing album in Roon and therefore also from the SSD and the newly downloaded album (with modified tags) on the SSD, but unfortunately only track 3 can be seen. Removed everything from the SSD and Roon again. Now put the downloaded album directly on the SSD without tag changes. The album appears split with track 3 on one album and the rest with track 10 double on the other album. 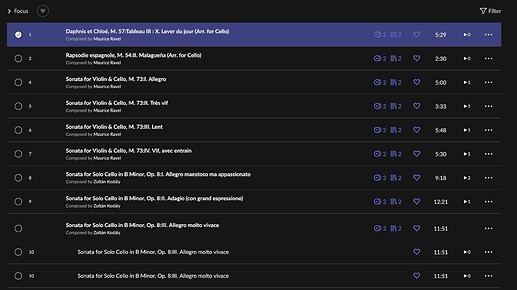 What a mess. I give up. Who has an idea?

I copied from my backup drive the same album for a replace. All 10 tracks did appear (although split in two albums but did merge it). I tried to edit it it in Roon itself: 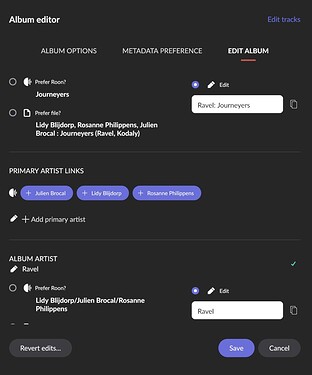 HIghlight the two albums on the album page, click edit, then merge albums. You should be able to merge them into one.

Sorry, but didn’t I write that I already did?

although split in two albums but did merge it

The problem is that I can’t edit the album in Roon and on my desktop I can’t tag it without causing trouble if I import it to my SSD where I see in Roon only track 3.

Not the same thing, at least I don’t think so unless I"m confused. Here are the steps I was referencing 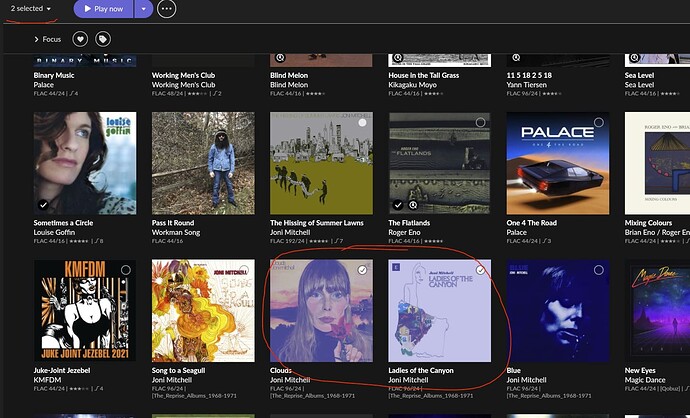 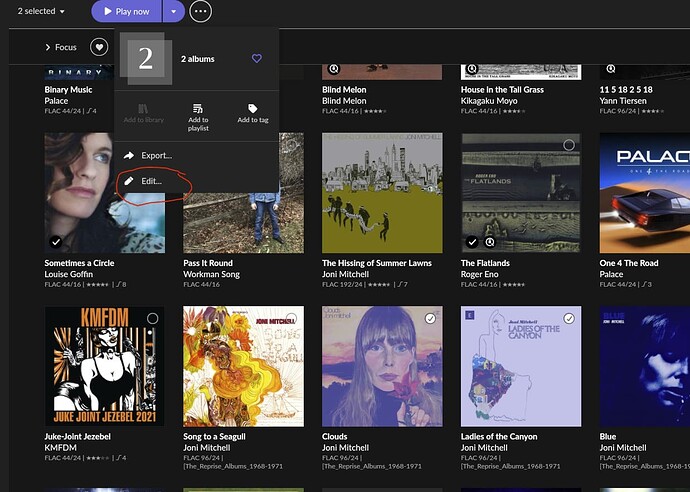 Click Merge album and this will let you merge the two albums you have selected into one. 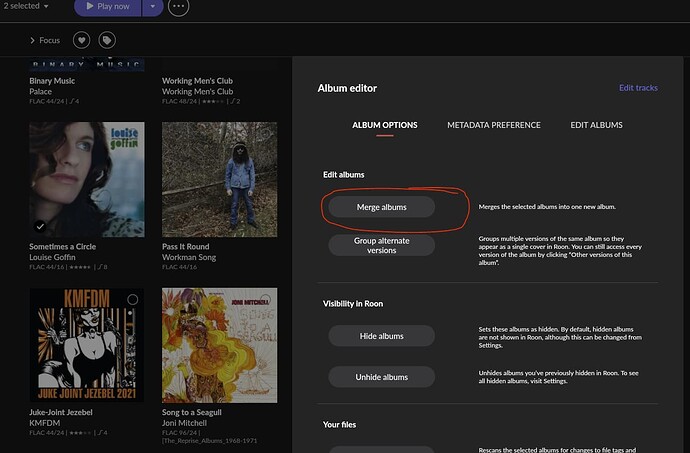 That’s exactly what I did.

Ah sorry about the confusion.

There isn’t a solution?

Yes there is, suddenly, without warning, the tags are now correct without doing anything. A kind of Roon Gost?