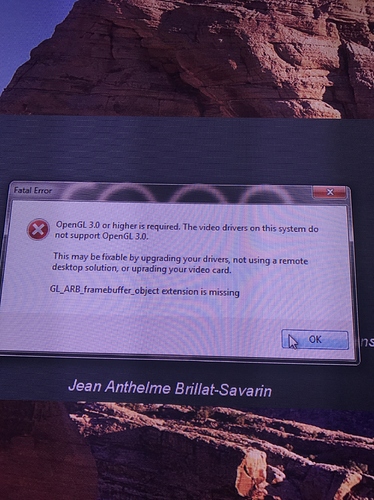 What should I do? Dell desktop, intel core, windows seven. I own a bluesound node 2 and trying to use roon but pc won’t allow me to use roon.

Roon needs OpenGL 3.0 to render its graphical interface. Either your video card is too old to play – or its drivers need to be updated.

Which card is inside your Dell?

How do I find that out? Total computer dummy here.

It’s been 10 years or longer since I touched a Windows PC… It’ll probably be in a device manager of some sort – but I’m afraid you’ll need a Windows user to help you out here.

Just google “how to find out what video card I have in my windows 7 PC”. Device manager will give you a cryptic description but it will show driver version which you could also google to determine whether it has OpenGL 3.0 or higher. My guess based on the message is it does not. Hopefully once driver is known you can go to mfg website and see if they have a newer version of the driver which is openGL 3 or higher.

It says my intel q45/q43 express chipset is updated with latest drivers… i want to use roon on my iphone, not this pc, but my music is on the pc being streamed to my bluesound node 2.