Two cores on my iMac?

Hi @support,
I’m setting up roon - running core on my iMac and indexing iTunes library and NAS files.
when I set up my iPad or iPhone as a remote, it said I have two cores on my iMac - don’t know how I did that, but I’m now wondering if this is why it is taking so long to index all my music. Also, when I connected my iPad it shows that it is indexing music - which seemed strange as I thought all this would be done by the core? is it because I’m actually running two cores?

Did you put Roon Core and Roon Server on your machine? One is Roon with graphical display, the other is Roon without. You only need one. If you want to use the laptop to access and control Roon you need the graphical version, not Roon Server.

Hi Henry,
I installed roon core on my iMac.
I havne’t installed on a laptop yet - only iPad and iPhones … the screenshot was from my iPhone, it seems to see two core’s both on the same iMac. I’m wondering if these are both indexing my library? how do I delete one of them, and importantly the right one if only one is indexing?
thanks for your help
Joe

It is a strange one. I can’t answer other than to say support should be able to take a look and see why two cores appear to be there.

Thanks for your report, @Joe_Lafferty.

When you connect to each Core shown here, do they both show the the folders that you added to Settings > Storage, or just one of them? Even though both are there, I’m guessing you were only working out of one of them and the other would be empty, but I just wanted to verify before moving forward.

Also, when I connected my iPad it shows that it is indexing music - which seemed strange as I thought all this would be done by the core?

You are correct that the Core is what will be importing and analyzing the tracks in your library. That said, you can see the progress of the import from any remote you are connected from.

thanks Dylan,
so I changed the name of one of the cores to make it clear which one I was connected to. there were both called Joe-Lafferty’s-5k-iMac, and I changed one to Joe-5k-iMac-current (or something like that).
they were both visible to my iPhone and iPad.
however… when I came back after being out today, the renamed one seems to have dissapered - see screenshot on iPhone.

IMG_4904.jpg1125×2436 193 KB
only the Joe-Lafferty’s-5k-iMac remains!
strange…
yet when I look at daisy disk there seems to be two databases associated with roon, see screenshots. 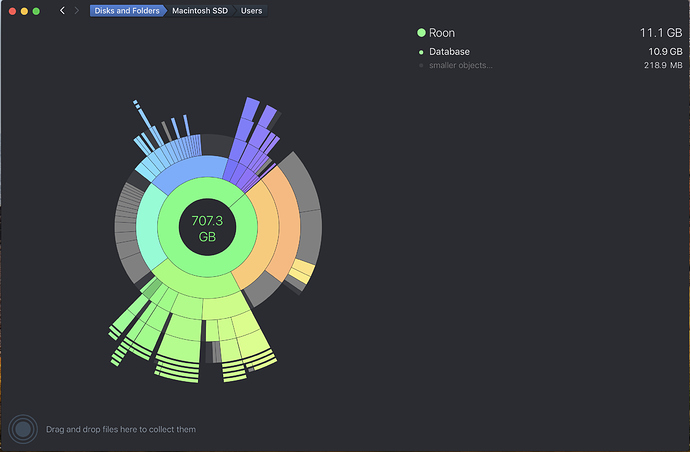 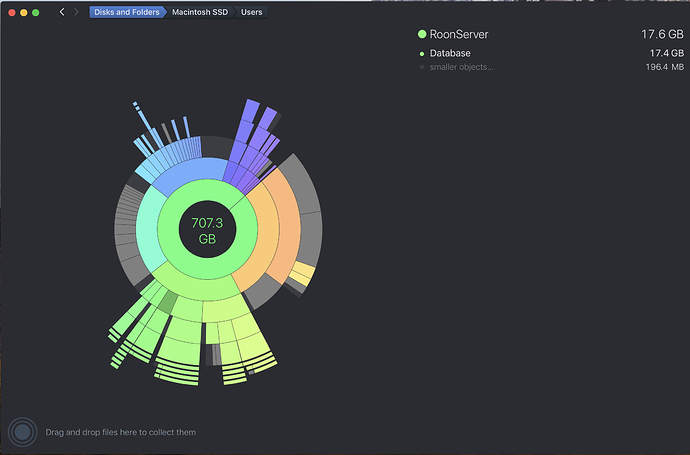 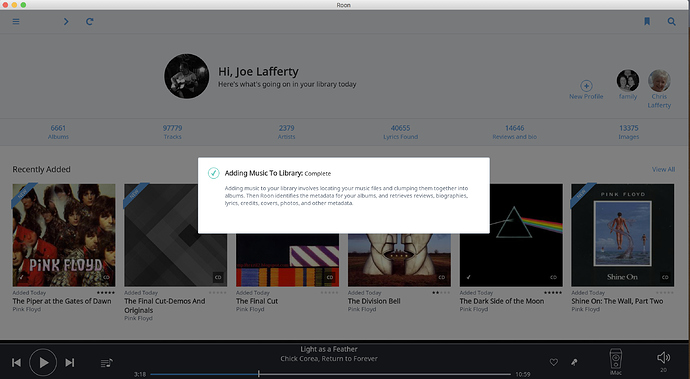 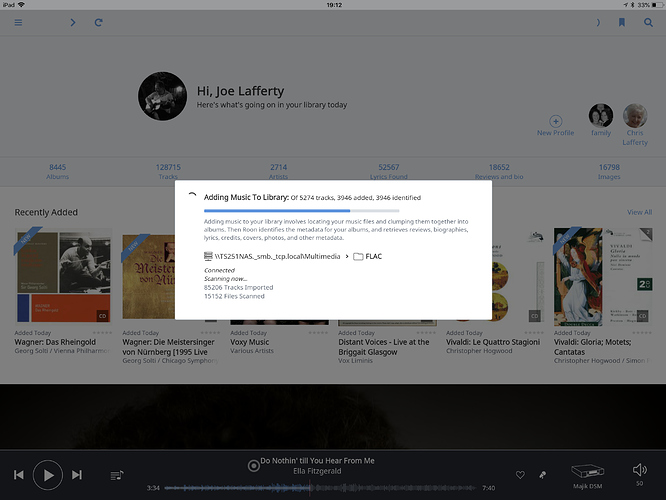 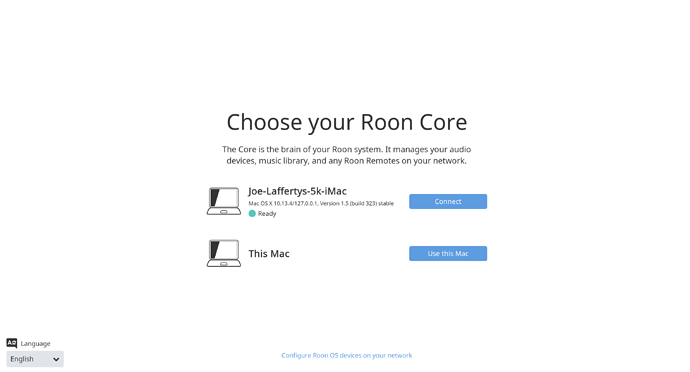 The databases have different names. One is Roon and one is Roonserver. You have both on your machine. If you want to control from that machine you need to delete Roonserver.

@support I cheked again this morning and there are definiatly TWO cores on my iMac. one the renamed one (which is showing 90,000+ tracks) and the Joes-5k-iMac one that i set up first on my mahcine-which seems complete. see screenshots. 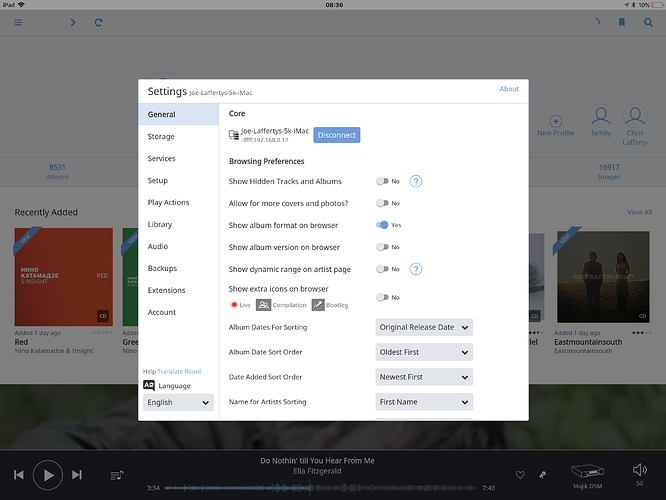 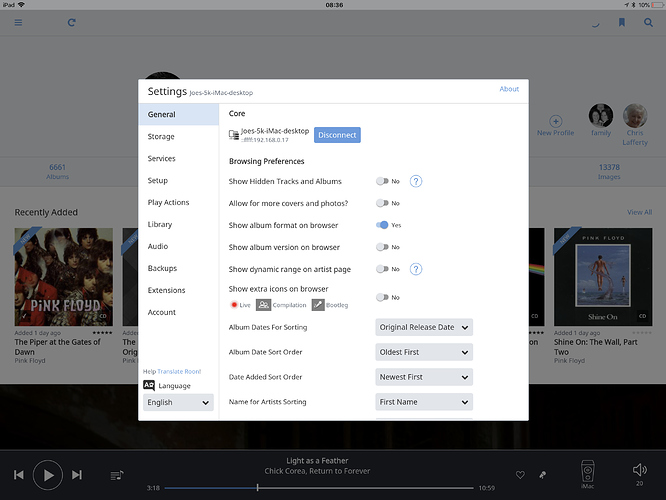 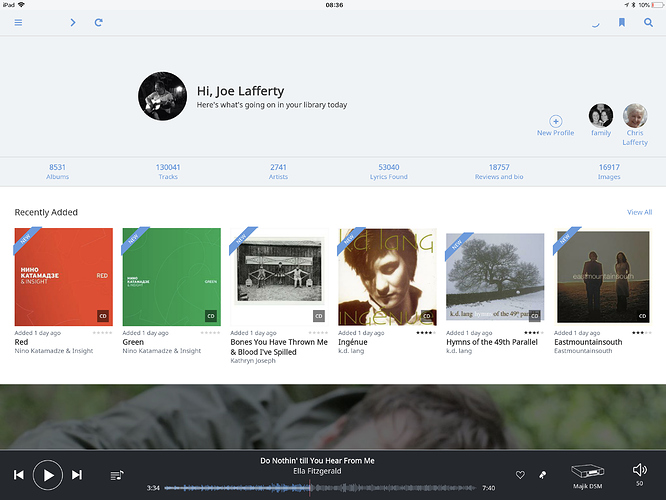 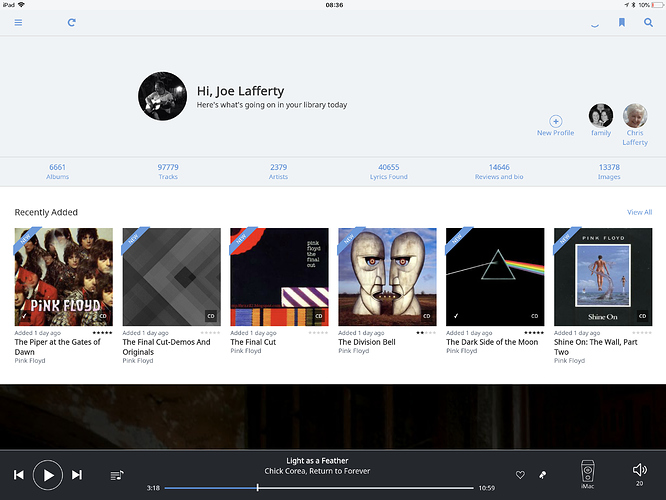 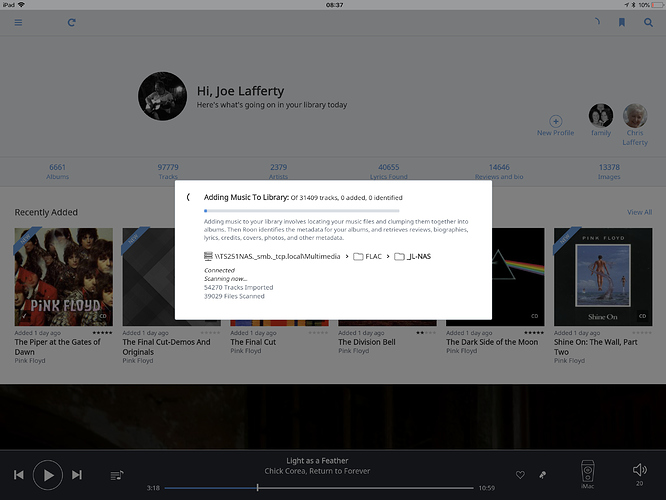 so, how do I go about identifying and deleting the second core from my iMac? i need to be careful as I don’t wnat it to have to resynch all my music again!!

my goal is to use the iMac as the core running the system with ethernet connected via mains adapter to my Linn (downstairs) which has a TS-251 NAS. I will occastionally control my muisc from my iMac (my home office) but mostly the muisc played will be on my Linn using multiple ipad / iphone controlers.

thanks for your support,

I have no idea how to remove a program from a Mac, but you follow that process. It looks to me that you have Roon and Roonserver on the machine. You need to get rid of Roonserver. If you do that you will not see any difference other than only having one core to choose from.

I can help you remove the unneeded Core, but before I do, I just want to get a little bit of clarification.

There is only one Core that you can connect to directly from the iMac, but two on the remote device, correct?

so,… from my iPad / iPhone this is what I see: TWO cores one with renaming I set to distinguish between them (see screenshot) 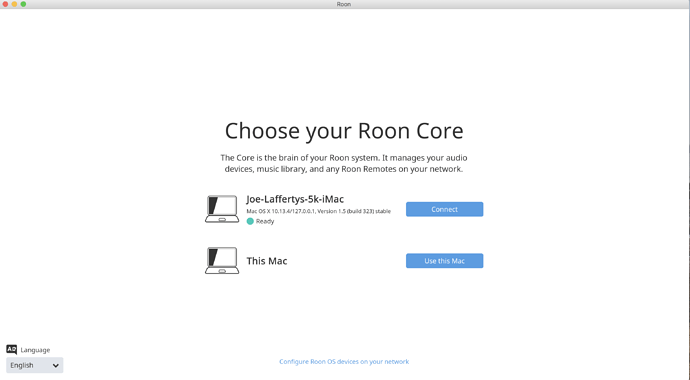 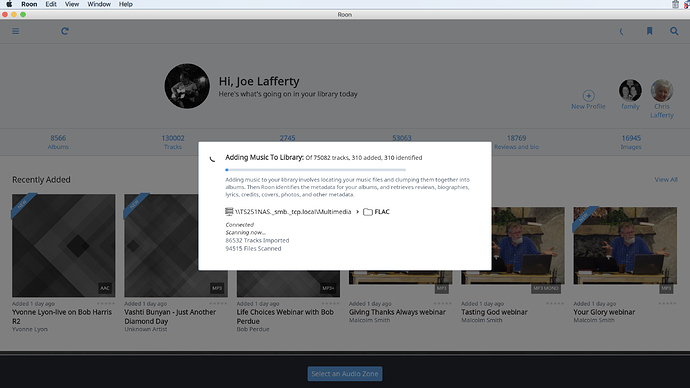 Screenshot 2018-05-26 09.38.32.jpg3060×1722 541 KB
help?
Joe
PS listening to roon last night both Tidal and my FLAC files were dropping out regularly (at least once per track) - the NAS is right behind my Linn but the Core is upstairs via a ethernet cable connected through the mains. Is it dropping out because of both cores seeking to index taking a lot of processing power, or is there something wrong with my setup?
Joe_Lafferty (Joe Lafferty) May 26, 2018, 9:05am #15

PPS, Dylan
having re-read your question, is it possible the iPad and or iPhone have access to a different core? one not on the iMac?
strange they have different names…
if so I want to delete ALL cores apart from the one that I have allowed to index for days now: “Joe-Laffertys-5k-iMac”
thanks!
Joe

Thank you for the update. Here’s what we will do for next steps:

PS listening to roon last night both Tidal and my FLAC files were dropping out regularly (at least once per track) - the NAS is right behind my Linn but the Core is upstairs via a ethernet cable connected through the mains.

Hi @dylan
sorry for delayed response-had a big family celebration over weekend…
I’ve tried your instructions.
when I rename the RoonServer folder as you suggest and log back in it asked me which I wish to use (see screenshot). 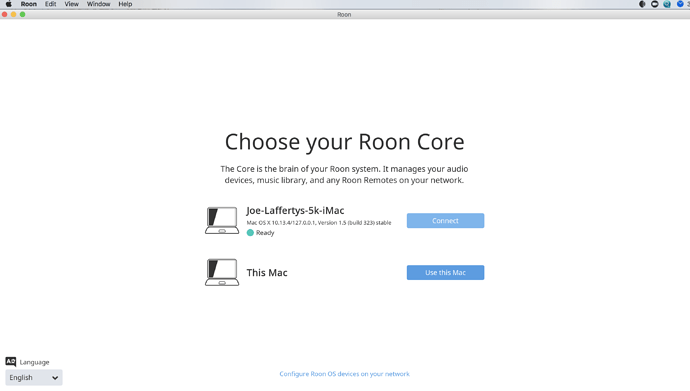 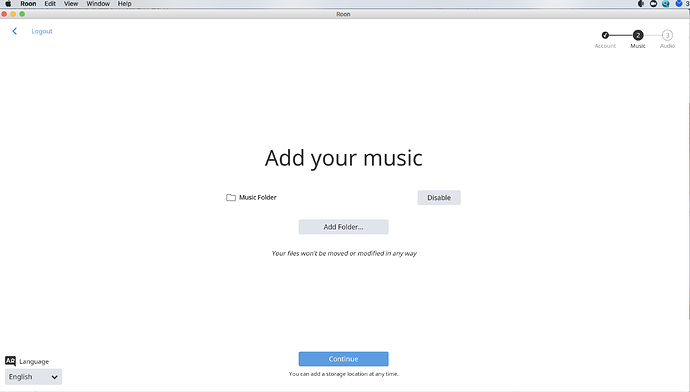 help?
Joe
PS only got a few days left on trial so need to get sorted …

Thanks for the update, @Joe_Lafferty. I hope the weekend was great!

Just to be clear, both “This Mac” and “Joe-Laffertys-5k-iMac” are both not the databases you want to keep?

“This Mac” should be your Roon database, and the other would be the RoonServer database. Previously you had mentioned that “Joe-Laffertys-5k-iMac” was the database that you had been using, but it is now asking for your music folders?

Hi Dylan,
it seems like “Joe-Laffertys-5k-iMac” is the database which has indexed all my music. I don’t know what the “This Mac” is. I presumed it was a duplicate?
when I use my iPad as remote, and ask it to find core I get the choice of “Joe-Laffertys-5k-iMac” and “Joes-5k-iMac-desktop” which was the database I found duplicated and renamed…
see screenshot form iPad below 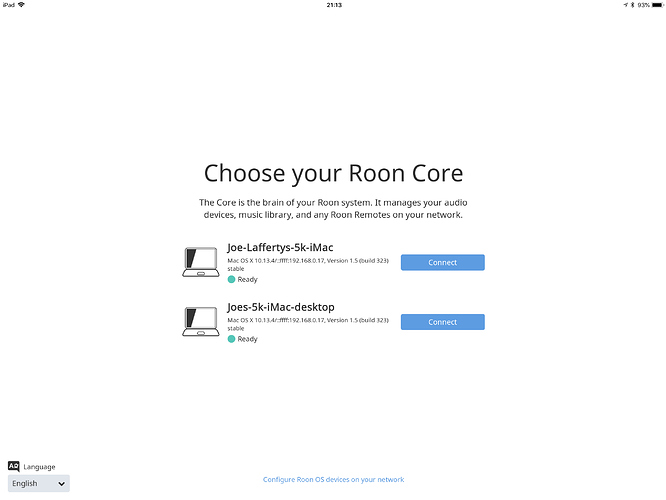