Ropieee install went fine with fresh SD cards, I did not clone them.

I booted up the RPi’s with a wired network connection so I could open the Ropieee GUI and configure them for Wifi and set unique hostnames and correct timezone.
Roon Control app (on MacBook Air) sees the Schiit Modi DACs in the Audio tab.

After attempting to enable and name each Schiit Modi with a different name, editing one Schiit Modi changes the name of the other one.

It is as if I can’t have two RPi’s each connected to a. Schiit Modi DAC.

After rebooting the RPi’s and Nucelus a few times, I disabled both rebooted the Nucleus again and enabled only one of the Schiit Modi DACs.

At this point, the enabled one works, I left the other one not enabled.

I did some research on the forum and saw cloning SD cards can cause issues like mine, but I did not clone the cards, I burnt the Ropiee image via belenaEtcher.

Any help you can provide would be greatly appreciated.

Please also note I also have a 3rd RPi running Ropieee connected to a Cambridge DacMagic and it does not have any issues. 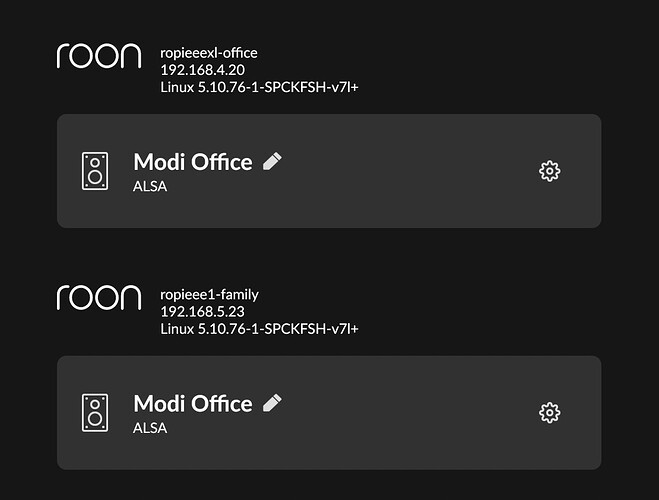 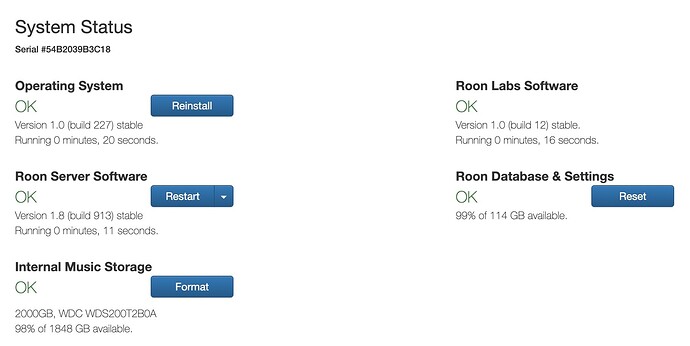 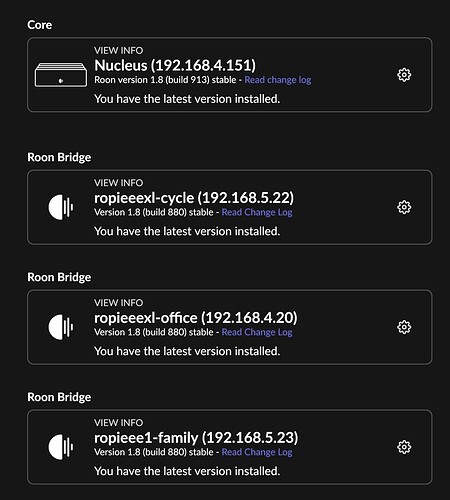 I resolved the issues I was having, I now have all three RPi’s working properly, two with Schiit Modi’s and one with a DacMagic DAC. I will post the steps I took to fix the issue later today.

Thank you for sharing this, @Timothy_Rogers! I had this same situation occur a couple of weeks ago, and I couldn’t get Roon to “separate” the two endpoints no matter what I tried. The only way I could solve it was by running DietPi w/ RoonBridge instead of Ropieee. I may try to reflash w/ Ropeee and follow your step-by-step to see if that works.