I copied the RoonServer folder from one computer to another computer, both running Windows. I followed the instructions for “moving” a library even though this is a library “copy” using two licenses.

Now, on the “Choose you library” screen the two don’t appear as separate servers. One appears, and the other flashes momentarily in the place of the other. It’s like there is a unique identifier for the library, not based on the computer name or anything user configurable and that is conflicting.

How can I get both libraries to appear as separate servers (using two of my licenses)? 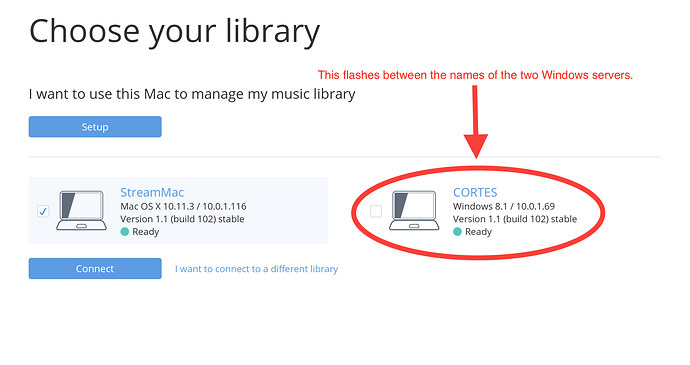 You are correct that each Roon database does have a unique identifier. Running multiple copies is problematic.

I don’t know how to copy one database to a new one with a different identifier. Let’s flag down @danny and @kevin and see if they can help.

On the newly created server:

It should generate a new ID for itself automatically.

I can’t think of why this would cause problems, but I’m not 100% sure it’s been tried before. So treat the second machine as a guinea pig.