Thanks Martin. So a bit of extra work to use Server. Desktop has been very simple.

If you download the full ISO you’ll probably have an easier ride. I’ve run out of DVD-Rs so had to use a CDR and the mini ISO.

If you want to ssh (or PuTTy) into the server you’ll need to setup openssh. Reach out if you need help.

Had to Google it. I only want a basic Roonserver setup for a Windows endpoint on a another machine.

Have you considered ROCK or MOCK? Probably a better option if the machine is only for Roon.

No, not familiar with it. I’m moving back to Unbuntu after trying Audiolinux, which advertises compatibility with Roon, but causes NAS library problems.

ROCK is Roon’s OS that’s design to run your Core on an Intel NUC. Other users have got the running on other hardware or VMs.

Correction, I am aware it, and I saw that they only recommended it for their hardware. I suppose it wouldn’t hurt to try it. I have my own server (i7-8700T, ASRock Z390, M.2 Optane SSD, Streacom fanless case).

Something to do with “live” ??

Which installer ISO did you use?

Try the alternative ISO from https://ubuntu.com/download/alternative-downloads. Look for the section toward the bottom of the page: Alternative Ubuntu Server installer.

Thanks Martin. Ubuntu Server is working great. So, I only ever used this server for Roon, and my library is on a NAS, so I wanted to be truly headless. I suppose I can live with powering down the server with the front button since I have no other access. Is SSH how you would typically do this?

You may prefer to install a web-based GUI. The simplest is Cockpit.

Then type https://server-ip:9090 and log in with your credentials.

Very cool. Thanks so much for your kind help. I’ll check this out later.

Btw, back on Ubuntu Server, I wanted the most minimal install, so before the installer asked me if I wanted additional software (for DNS, email, samba server,etc), it said only the kernel was installed, and I didn’t install anything else besides cifs, curl, ffpmeg and libasound2, so I’m thinking I have close to what the guys who sell minimal audio linux distros have. Thoughts?

You have a minimal install. However, you said that your endpoint is on another network so this isn’t a big issue.

Thank you and Merry Christmas

I have just installed Linux Mint and am a first time Linux user. I installed linux fine on an older i7 Toshiba laptop but using it is another thing…

After spending a long time trying to work out how to install Roon server your info at the top made it easy and I had it done in a minute tops (would be nice if Roon’s own instructions were as easy as yours).

Any advice would be greatly appreciated 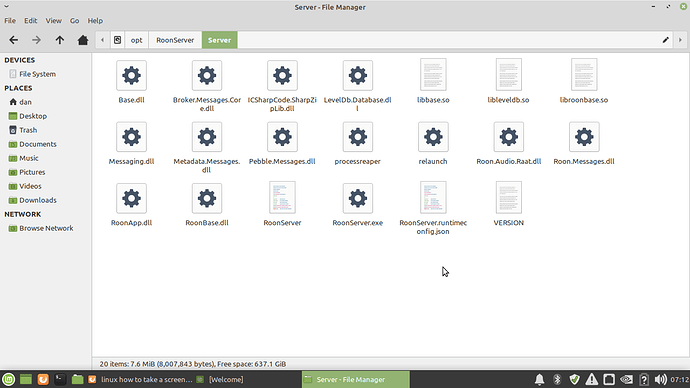 Roon on Linux is Core only; there is no GUI so you’ll need to use another Control devices, e.g. iPad, iPhone, Android tablet or Phone, or a MacBook/ PC.

You can check that Roon Server is running by typing the following in the terminal.

Ahh silly me, thank you

You are a guru. I can see with that, that Roon server is active on Linux laptop but neither my phone app or Roon on a Windows tablet is finding any core. I have restarted laptop a few times as has been pretty much standard for me when Roon every updates or changes etc 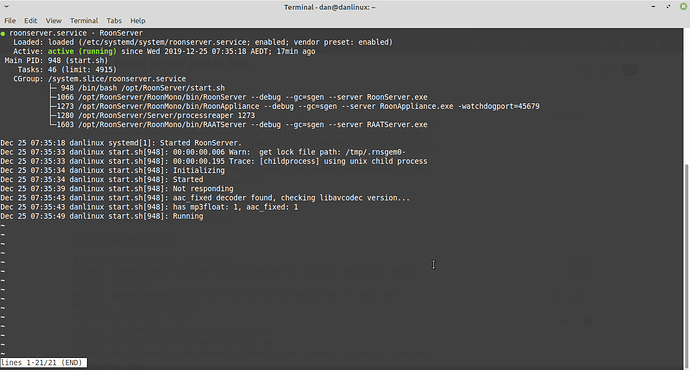 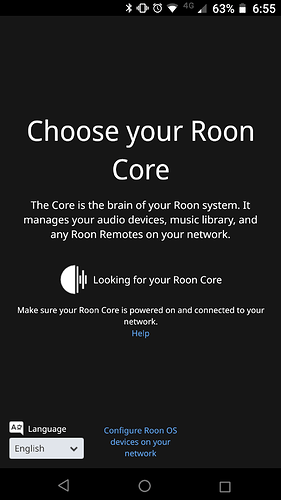 I think Linux Mint comes with a firewall. Can you check and post results?