The fourth sonata below, Piano Sonata No. 15 in C Major, KV 545, is misidentified as No. 16. (Refer to https://www.allmusic.com/album/mozart-piano-sonatas-mw0001420113 for full information.) I’ve tried to change the name via WORK/PART tags (the WORK tag is “Sonata No. 15 in C Major, KV 545”), with no success. I have noticed that if the sonata is being played on an endpoint, the correct title information is in fact displayed there; but it continues to be misidentified in the album overview (I have heard people remark on this behavior before now). 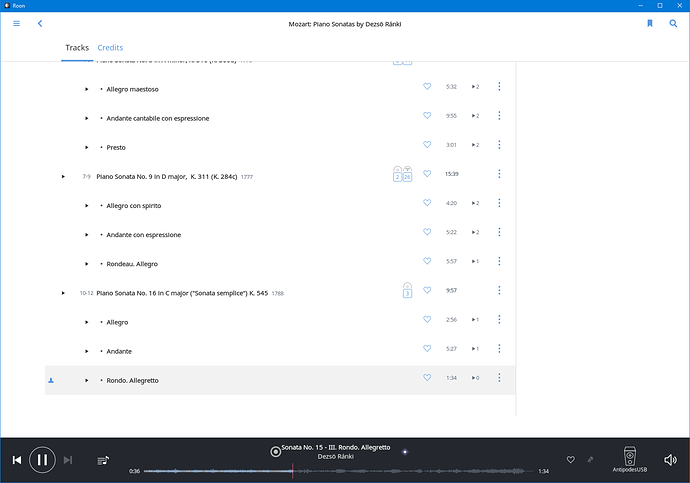 This is a list of sonatas by Wolfgang Amadeus Mozart.

The problem is that the metadata on the CD is, I think, wrong: 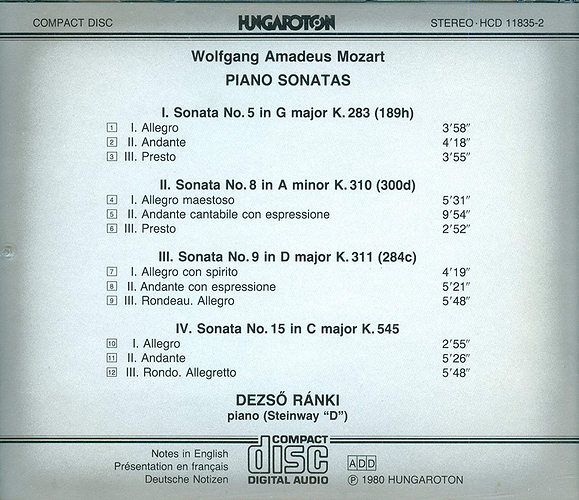 My guess then is that what I have is the latter (No. 16), and that in fact is what Roon claims it to be. So I withdraw my complaint.

Thanks James. It’s a tricky one, because TiVo only have what the CD says (or what the labels give them directly). In this case, someone has also assigned composition KV 545 to the performance, but not noticed the 15 <–> 16 discrepancy.

Have a listen. If it’s sonata no. 16, you can edit the track titles and everything will be in sync. If it’s 15, perhaps you could let TiVo know via the allmusic correction link on the page you linked to above?