Unable to edit newly created primary artist [fixed for B197+]

I want to add an image, but when I select edit, the artist editor never appears and only the screenshot below is displayed. 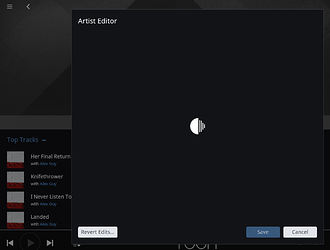 I can easily cancel away from the screen and carry on using the app, but this looks like a bug to me.

I have successfuly used the editor on existing artists, it is just a new one that I cannot edit.

Thanks @Nick_Stamp. I’ve made a note. We’ll try to reproduce this during the week and see what’s up. I agree, it looks like a bug.

No, I have not experienced this problem

This was a bug. A fix is coming next time we make a build.

The artist has been created, linked to a number of albums and is available in the Artist browser.

Initially the artist screen was viewable. I wanted to add a cover image so I clicked on Edit from the Artist screen and the Edit dialog was shown but it just shows the loading screen.

Now, when I try to view the artist all I get in the loading artist… screen! 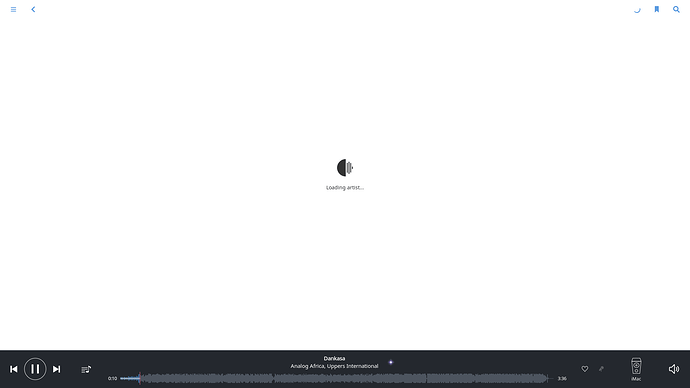 @support I can confirm this is fixed in build 200 and I have now been able to add an image to the newly created artist.
many thanks
Nick