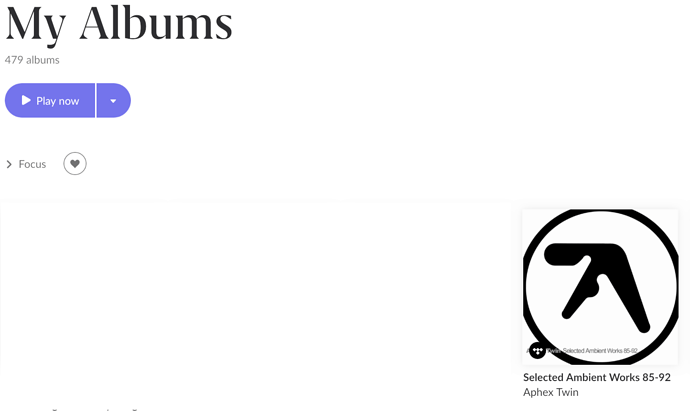 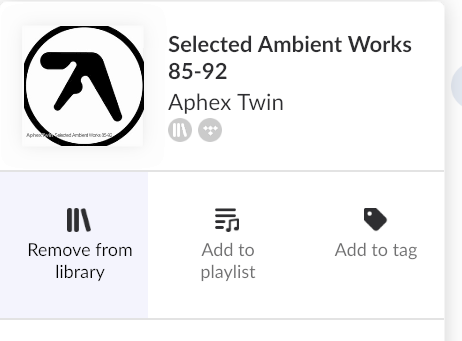 I get no items selected

Is there an easier way to remove a TIDAL album from the library? It looks complicated and it doesn’t even work. TIDAL app handles this perfectly.

Have you refreshed your Tidal Library to see if it’s gone. The other option is to remove it from the Tidal app.

Though I think like a certain U2 album on iTunes, everyone on Tidal must have this album in their library

The most effective way I found of removing titles from Tidal was to unfavourite them in the Tidal native app then force a refresh in Roon.

It’s not gone since can’t even trigger the deletion itself.

I can still see it in the TIDAL app so I know Roon failed to do it.
Also, I know I can delete it in TIDAL and refresh Roon but Roon advertises it as a feature, don’t they?

@Michael_Harris I use the album list as a TO-LISTEN list since there’s no other way to do it. So it wasn’t a fav in the first place. But I caught your drift.

Ah OK that is strange, so if it is not favorited in Tidal, it should not show up in Roon.
Do you have it in any playlists or similar or have you favorited a track off the album.

It’s not made by TIDAL but handled well by it.

I also noticed individual tracks of this album also appear in the “My Library → Tracks” section - which is mildly annoying. 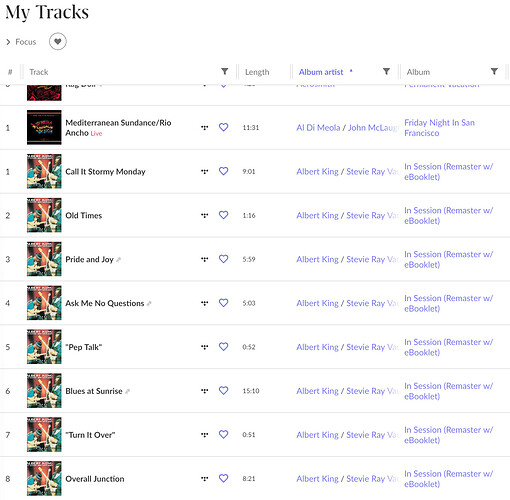 Here the “In Session” album is a fav album but its tracks shouldn’t individually appear in the “Tracks” section. At least they don’t in TIDAL and this is my expectation for Roon too.

If you Favorite tracks then they appear, that’s why I asked about that.
So all Tracks from Tidal show up in your My Tracks in Roon mixed with everything else and I can confirm that is how mine is as well.

did you find the reason why this is not working?

Thanks for describing this in detail — we appreciate it

. Also, thanks for following up on this thread.

I see the same behavior:

but I’m not trying to delete physical files. I’m deleting “bookmarks” from TIDAL.

Did you get a chance to try the steps outlined above?