I’ve put in UPC’s, and Label, for most. No success. I was really hoping that the UPC would do it.

Where did you “put them in”? In “Identify Album”? If so they won’t help at all, in fact they’ll hinder.

It is strictly for Album Artist searching. And rather use fewer words: if a soloist, surname in first and one word from title in second. If an ensemble/band one crucial part of name. (Failing that, you’re best off going to Allmusic.com and finding the exact strings for those there, and dropping them into the search engine. That never fails. But it’s not a convenient route.)

Yeah @Ludwig is correct – the real way to get a match will be to use the Identify feature. Are you not getting any results searching by Artist and Album?

Yes I am getting results. They are just wrong. I’ll give you my best example: Elton Johns, Love Songs, on K2hD. The song list on the CD is different than those listed in the selection.
Screen Shots below: 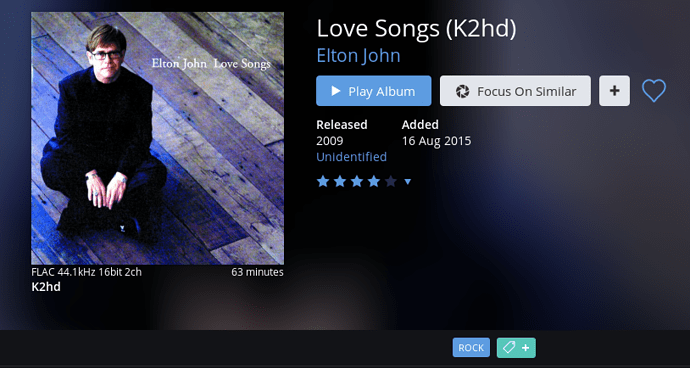 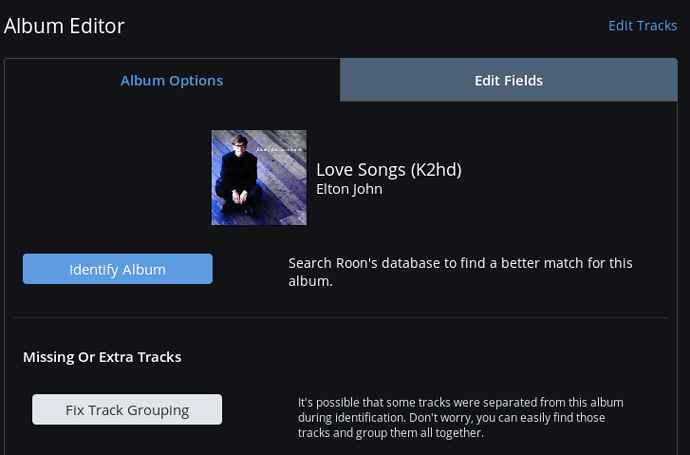 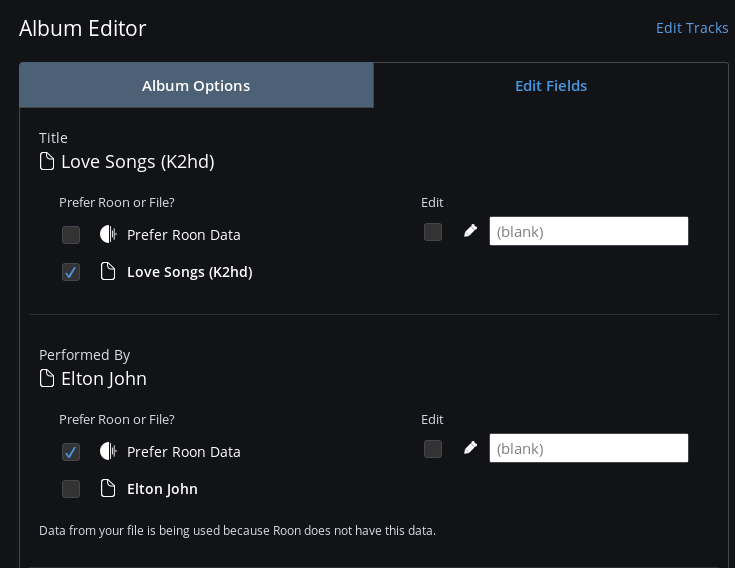 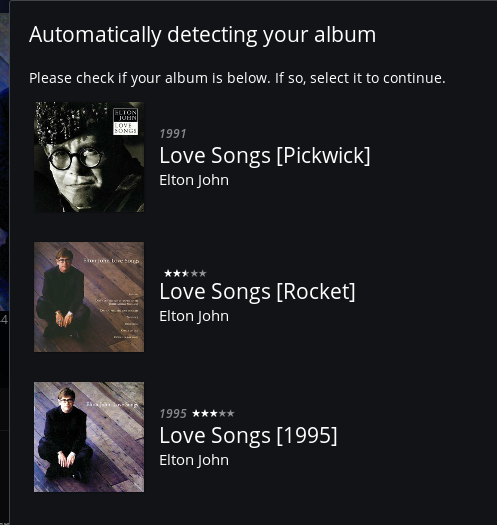