After update to Build 880, my USB connection to the Hegel H390 is enabled and the amp shows that the DAC is locked on to a signal. If I play music in iTunes and select the Hegel USB, it works fine. However, the H390 USB does not come up as an audio zone that I can select in Roon. All of my other zones (Airplay and Sonos devices) are showing as available and can be streamed to. It is only the USB connection that does not appear. This issue is isolated to Roon and never happened before this update. I have tried a restart and reset on all devices. 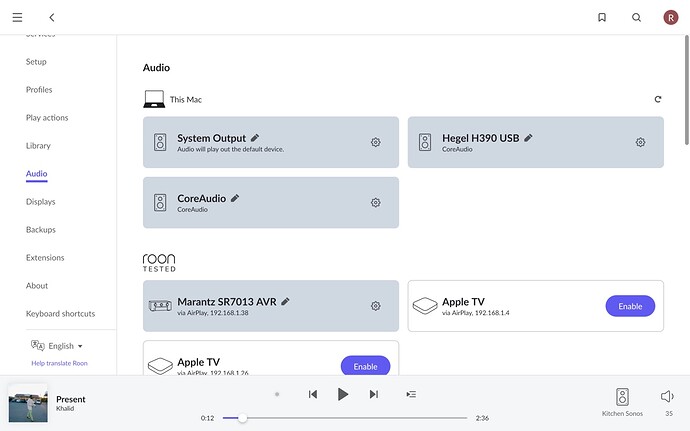 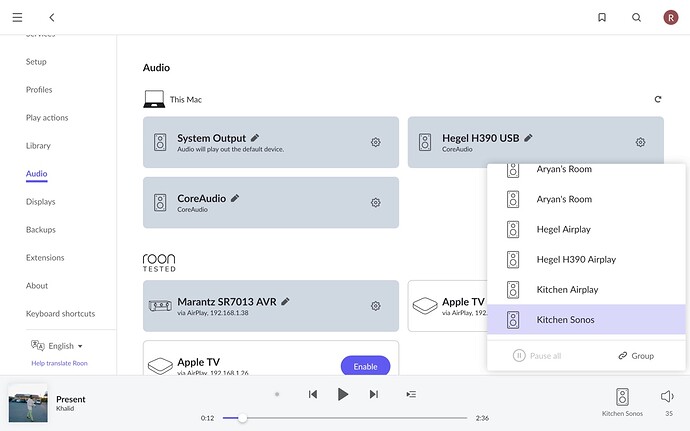 Thanks a lot for reporting this.

I wonder, is there any firmware update available for your Hegel H390?

I saw that another user solved the problem by removing Sonos zones if they had 7 or more. I had some unused zones and removed them. The Hegel H390 USB zone showed up after I did that so problem solved for now.

I do appreciate you taking the time to research the issue and find a temporary solution.

We are aware of a bug where no more than 10 devices show up in Roon. Our team is working on resolving this. In the meantime, using less than 10 should work.

Sorry about the trouble…

A post was split to a new topic: dCS Puccini not showing up in Roon

The good news is that our team has just released a fix for this in build 882:

Could you please update your Core and let us know if you’re still seeing the issue?

I seem to have the opposite problem: My Mac had multiple output devices in build 880 (as well as the beta) - but now in build 882 I only see the System Output device, everything else has disappeared, including the direct USB connection to my Schitt Modi DAC. What gives? I’ve re-scanned for devices, restarted the Roon app - to no avail.

Edit: never mind. Mac OS decided to drop all devices on its own - they came back after a reboot.