Forgive the extra post, but I don’t think I can edit.

My two questions remain, but I wanted to acknowledge that I got the LS50WII+KC62 prescribed frequency incorrect. The official KEF numbers are 45hz for the LPF and 70hz for the HPF, as I’m sure just about everyone but me has straight right now. Apologies for any confusion created.

This sort of makes my point, however. Those are very unconventional numbers to use, so for those of us with the passive Metas and KC62, we really do need the extra information about the crossovers to replicate what KEF recommends.

What gets me is that Jack Oclee-Brown, KEF’s VP of Tech and former Head of Acoustics, was just on the Darko Audio podcast and discussed the default LPF/HPF settings and twice (at 40:40 and 54:48) said stuff like these settings “just work” and have been “carefully considered” and him and Darko go on about how hard it is for end users to get the right integration, but with an all-KEF system that they can offer this sort of customized recommendation. With a bit more information provided I hope Meta+KC62 users can achieve this same effect via their own DSP. Thanks.

The official KEF numbers are 45hz for the LPF and 70hz for the HPF, as I’m sure just about everyone but me has straight right now.

Do you think that you have those numbers reversed? Based upon those settings the sub will only work BELOW 45hz and the LS50 would only work ABOVE 70hz. So you would have no sound reproduction between 45hz and 70hz where there is plenty of action on many recordings.

You probably want to have at least a little overlap for the LPF and HPF to avoid either a dip or a complete dropout.

Due to wildly individual home room acoustics there is no “one setting fits all” for sub integration. I would experiment with various settings in your own environment.

No, those are indeed the numbers, and that’s why it’s so important to have the type and slope of the crossover.

In general (this is true beyond the W2/KC62 settings), the “crossover frequency” set is never the frequency where all sound from that filter stops. E.g. we can easily assume the KC62 plays frequencies well above 45hz, but at what sort of slope is it attenuating? We don’t know. Same with the W2, it’s definitely playing below 70hz, but we have no idea about how it’s playing below 70hz.

KEF’s own VP of Tech in that podcast says 1) he’s wasn’t really a believer in sub-sat systems until this project, 2) he thinks it’s a lot to ask end-users to develop a crossover themselves by ear hence the need for tested crossover presets matched to the W2 and KC62, and 3) that these presets went through rigorous testing and deliver the best integration across any room type. Therefore I think the crossover specs are relevant information for any Meta+KC62 owner in any room.

Sorry for the delay, folks. I’ve not been as active for a little while because reasons.

Firstly, the slopes are 4th order LR, so 24dB/octave.

The output from the LS50WII is actually 250Hz, not 140Hz, so you have a lot more signal bandwidth (actually going into vocal fundamental range) heading out to the KC62. I’m not so sure your method would have the intended effect, though. The cascading filters are sequential - so the one in the miniDSP would affect the signal first, so you’re already rolling a bunch off above 80Hz. This would reduce the audio bandwidth reaching the input of KC62. The 140Hz of the KC62 filter would do pretty much nothing (audible, anyway). The idea behind setting the LS50WII output to 250Hz is that now you have a much wider audio bandwidth hitting the KC62’s input, which is where the sensor for triggering them on is. The higher the bandwidth, the more chance of a triggering signal there is. The way I would use the miniDSP would follow the same line of thought - higher filter frequency for the first filter, intended filter frequency for the one on KC62.

However (and there’s always a however, isn’t there?), when it comes to the passive vs the active, one has to remember that the LS50WII has a whole bunch of DSP to allow the extension of LS50WII to push further south, meaning the frequency response is at the bottom end is different between the two - one would probably need to bump the filter frequencies up a bit (or even consider not using a high-pass filter at all, the FR is pretty damn smooth at the low end on LS50 Meta).

The numbers are correct - as a starting point. In terms of what Dr Jack and his team put together, they are pretty damn spot-on - for my ears and all the different rooms I’ve tried them in, anyway. In general, though, there are several things that need to be considered with crossovers:

In all, I would actually argue that the 45/70Hz figures are not unconventional figures to use - they take into account everything that needs to be taken into account for, minus the room and personal taste because we don’t have control of that. I think the confusion arises from misunderstanding what crossovers actually are, and the labelling of 'low-pass filters as ‘crossover.’ With KEF Connect, we’re giving more control over the constituent parts of the crossover network, control which isn’t generally given. We COULD have given a ‘crossover’ control, which would have given prescribed crossover implementations, with preset low and high-pass filter settings that would have been invisible/uneditable, but that would have reduced the level of control - these settings are not ‘one-size-fits-all’ due to point 4, the room, and personal taste.

@Ben_Hagens Thanks for the thorough reply!

First, on the bandwidth/trigger issue, I was worried you’d say something like that. Doing as you prescribe is not the end of the world, but it does steal a lot of the convenience of having a miniDSP since it removes my ability to customize and test settings via laptop while remaining in my listening position.

I hope/expect KEF to pursue a better longterm solution to this insensitivity issue. Also, in retrospect, is there a good reason the KC62 sub didn’t come with a 12V trigger input? All of our problems would be solved with the simplest, easiest, cheapest, and most-ubiquitous hifi power-syncing method in the world. The SVS 3000 Micro has a 12V trigger input and it sure seems they saved themselves a lot of headaches for doing so.

Now, the slopes and such. Thank you for sharing. That’s extremely helpful. Please don’t take my “unconventional” as a pejorative or an indication of doubt that it works properly. It’s just that there’s isn’t anyone doing sub integration tutorials anywhere who are recommending 45hz LPF and 70hz HPF as their starting points. But that makes sense since you are prescribing starting points for a very specific set of mains and sub, your own!, so you’re able to give a more specific information.

It’s also a function of you shooting for the final product via just those settings. Sub integration instructions like those from miniDSP actually prescribe an elevated bass response and/or slight hump, which is then taken down via PEQ or Dirac. That’s obviously not an assumption you can make for all KC62 users, so you’ve got to bake that into your settings. I’ll definitely try both!

I take your point on how the Meta performs slightly differently at the low end. Will keep that in mind. Ideally it would be appreciated to have exact Meta+KC62 settings from the KEF lab, just like there are for W2+KC62 customers, if that’s possible down the line.

All to say, it’s indeed very helpful to have more information on KEF’s LPF+HPF settings, and it’s refreshing to have someone so knowledgable of their product engaging at length and detail here. Thanks for taking time out to help. I do hope KEF has a firmware update planned. What sub doesn’t work on LFE input?

@Ben_Hagens — I had asked this same question about LPF and HPF specs to KEF USA service and it took them a while to get back to me (hence my appearance here). Now they got back and say they checked with engineering and the answer is that the default W2+KC62 LPF and HPF slopes are both 12db/oct Butterworth. You say above that they’re both 24db/oct Linkwitz-Riley. Which is it? I don’t want to get anyone in trouble but I’d share the email with you if you want proof that’s what they told me. I’m not trying to stir up drama. Just want a definitive word as a KEF customer.

I’m looking at the white paper for LS50 which says 4th order LR (which is 24dB, each ‘order’ being 6dB), and the KC62 manual which says 24dB. I’ll double check with engineering, but it might be tomorrow that I come back to you because of time differences. Maybe there’s some crossed wires somewhere involving natural roll-off, electrical roll-off and the two combined.

But it is important to note, as stated previously in this thread, the LF behaviour of LS50 Meta is different to LS50 Wireless II.

Hi. Just got a KC62 to use with my WIIs and am working through the setup, but the one choice I don’t see discussed is which RCA line input to use. Is it LFE if I use the recommended options in the Tech Note and preset and then SmartConnect if I switch to Ben’s recommended wake-up settings and change the Mode switch from LFE to Manual? What’s the difference between the two inputs? Thanks!

Hi Lewis - I plug into the SmartConnect labelled input just out of habit, you’ll be fine plugging into either.

Big thanks to @Ben_Hagens for getting us the final answer on the LPF and HPF slopes. That’s a very nice thing to have for those of us with the passive Metas. Good on KEF for supplying that info to customers.

It works here too but what sense is the KC62 profile in the KEF app when manual adjustment is necessary afterall?. Or is this a workaround until the next update?

Ben, your input here is extremely valuable to all of us - thank you Ben. Here are a few additional questions:

@Ben_Hagens Would you be so kind to have Kef engineers check the above please? I have put both (potential) issues on the bug tracker list located here >> KC62 Issue list <<

Hoping it is ok to ask here:
I have my KEF LS50 W2 connected to Samsung TV via eARC HDMI; two questions:

Thanks for your inputs in advance.
Max

@Ben_Hagens apologies if you’ve answered this earlier; can we select stereo for subwoofers on the LS50 WII now? One KC62 per channel…?

Aye, was added a little while ago. Can’t remember if it was at the same time as the sub profiles were added.

Either way, I tend to go stereo, I find the imaging/soundstage is improved for the most part.

Hi, found this topic because the KF92 I just got in test for my LS50 wireless II sometimes stays off with the red LED. I have a few questions: 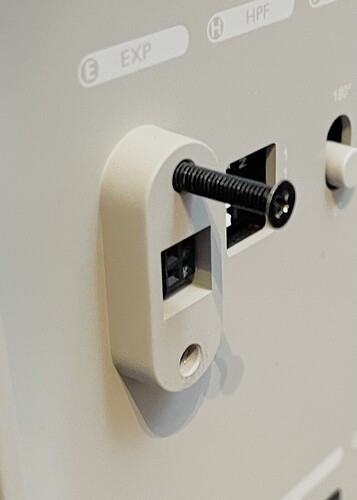 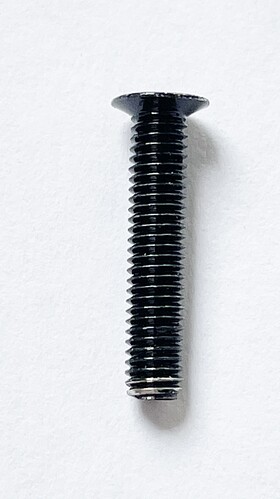 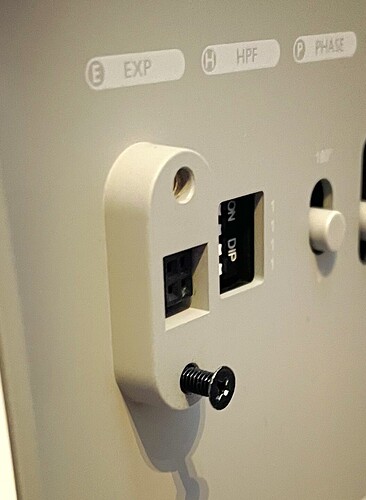 Hello, what have you set for the crossover on the sub?
Greetings from Switzerland.