What are the rules around taking photos or filming in a public place?

[Moderator Edit: Sub-discussion split out to this new topic.]

Not sure we should post peoples faces without their permission? It is kinda not really legal

There’s absolutely no legal issues for photographs taken of people in public places (well, that’s the case in the UK).

I guess that is a German thing.

Seriously? I am allowed to take a close up picture of you and post it online without you knowing about it? It is different where I live.

Well you took offense so I pulled the post

Maybe the Roon Team has an opinion about it, or someone else more knowledgeable? I am not the internet police, nor an expert in media law, just pointing out that I have a vague feeling of „this isn’t right“ when posting peoples faces.

Just know those were shot nearly 20 years ago and one of those was actually published locally by a Pakistani newspaper.

Yes you are, but why would you?
If I wanted to do such a thing I would ask permission out of courtesy

And in the USA
there is no reasonable expectation of privacy in pubic places. Courts have made this ruling numerous times. It is based on the First Amendment guarantees of freedom of the press and freedom of expression.

Restrooms, dressing rooms, shower rooms, locker rooms, etc. are not included in the above. These are also public places, but there is an expectation of privacy in these places.

You cannot legally photograph people in their own homes through open curtains or in their own yards if there is a privacy fence in place. Photographing people at home without their permission and prior knowledge can result in legal action against you. Proceed with caution and use good judgement.

Photographs of other people that are used for fine art, documentary, editorial, news or reportage purposes do not need a signed model release. These uses are all guaranteed by the First Amendment of the U.S. Bill of Rights and by established legal precedent in the United States.

As for documentary and fine art photography, you may make exhibit quality prints, exhibit them and sell them without the permission of the person(s) in the photographs. There have been court rulings in the U.S. legal system that establish this precedent

What are the rules around taking photos or filming in a public place?

Find out about taking photographs or films in public places, and what consent is needed.

To be fair, the issue in German law is (I think) that you can take photographs in a public place, but you cannot post them online without consent. This differs from UK and US law. Here consent is only required if the photographs are used for commercial purposes.

I think you mean the data protection regulation

GDPR stands for General Data Protection Regulation and it’s concerned with the protection of privacy for the citizens of the EU and EEA. GDPR doesn’t affect the ability to take photographs of other people. Considering the norms of the GDPR, an individual’s image remains anonymous as long as it’s not accompanied by any other additional data or information that makes the person recognizable. A person’s image thus can’t be considered as personal data. Furthermore, GDPR allows you to use a person’s image for artistic and/or journalistic use.

In Germany you need written consent for this.
The rights about pictures of yourself is quite high in Germany. I am not sure if this has something todo with GDPR.

Edit2: Good that this was moved. 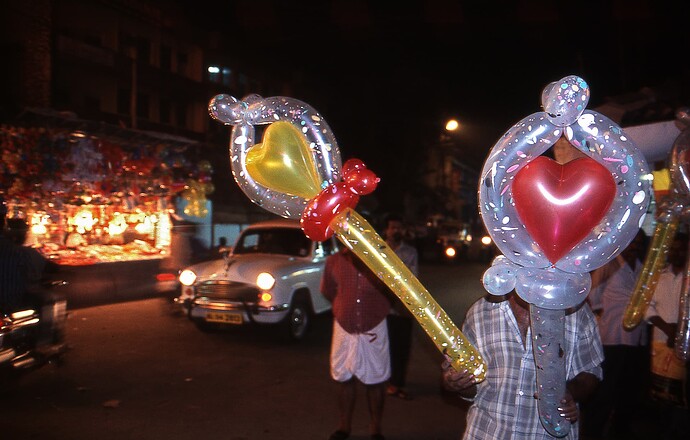 Let’s call it a night

The difference between UK and German law on what can and cannot be done with images is not necessarily connected to GDPR. Even if a photograph is not accompanied by additional data or information it is illegal (under German law - and I suspect some other countries as well) to post the image on line without consent, unless the reason for posting is one of a number of legally defined exceptions. This is not the case under UK law.

Each country strikes its own balance between the right to privacy and the right to publish. GDPR legislation, at least in the EU, is the same across member states. UK GDPR is, at present, identical to EU GDPR law, even though the UK has left the EU.

And in the USA
there is no reasonable expectation of privacy in pubic places. Courts have made this ruling…

If you can see it, you can photograph it… what you do with that picture (and where) is the problem.

Thanks all for doing research and sharing. I learned a few things. It is also good to know that these things are culturally sensitive and can vary quite a bit. I didn’t mean to hurt anyones feelings.
Short story, some years back: someone took a picture of my little child. She was maybe two at the time. She was playing on the street. I went to the person and asked her to immediately delete the images. Even though the photographer was a young women and wasn’t suspicious of anything bad, she was just saying my kid was so cute, I was really upset. I could have just let it be but I wanted the pictures to be deleted. Maybe it is just me but in my opinion it is anyones right to not be photographed and be identifiable without consent. Especially with the way digital media and internet have developed over the past twenty years (the internet doesn’t forget).
I am aware that this is probably a European or even German attitude that differs from an anglophone? attitude. The balance between personal rights and freedom of speech? I am not preaching this, just pointing out cultural differences in the way this works. Thanks.

If you can see it, you can photograph it

Not quite. This only applies to public places. You cannot take photographs of people in privately owned spaces/places without permission of the landowner, property owner etc. Lots of other rules and regulations connected to decency come into play as well.

Don’t know if this is a thing where you live, but in Germany I can disallow google to show my property in street view. Google has to pixelate the image.

Not only for pictures… “Unauthorised recording of the spoken word in non-public speaking situations is punishable regardless of the content of what is said. The law here is so strict, that even the German authorities aren’t allowed to make secret sound or image recordings to investigate a crime.”