What percentage of your music (roon and non-roon) music is in each media?

I gave up on LPs about two years ago because of the storage space requirements. I had hundreds. I miss them. But it allow me to sell my analog set up. They were just dominating the space on my room. After that I ripped all my SACDs and sold them for about $10 each. I had about 350 of them. That allowed me to sell my SACD player. I them bought a good CD transport. I have about 2000 CDs but all have been ripped and stored on a NAS. So that means all my music is available in Roon. I am in my fourth year on Roon and don’t ever want to give it up.

I have all the CD media. I really don’t give a hoot about the 350 SACDs. Who cares if that’s legal or not?

Depends on territory and approach to risk I think.

This year I’ve bought 4 or 5 CDs and/ or digital downloads plus one DVD because they weren’t available on TIDAL.

So you are saying it’s selective. Pot is not legal here in NJ either but sometimes…

Now now boys. Let’s not get into moral compasses.

Good for you. To each his own I suppose.

My wife constantly asks why we are hanging on to the CDs. Apart from the 10 she plays on rotation…

)
CD 3500+
Digital: Roon tells me 4953 flac albums on my NAS drive (currently. I have another hard drive that contained the bulk of my CD rips, I’m yet to go through it since going mostly digital)

I just unsubscribed from Tidal earlier this month after about 6 months of use (or should I say: largely unused). I didn’t find it overly useful, other than listening to some brand new releases.

I didn’t know there were that many SACDs! 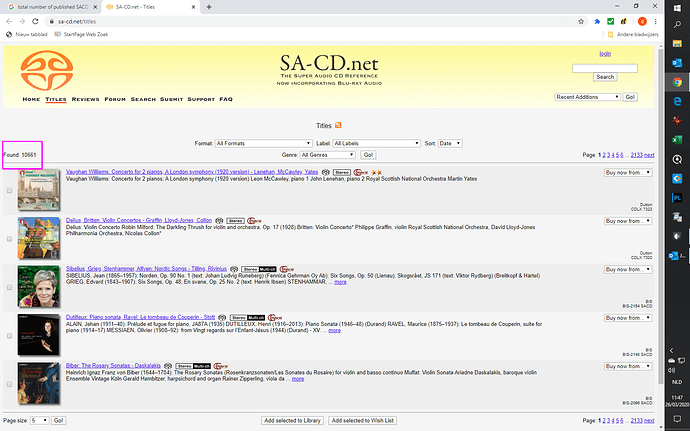 Almost all physical media are digitized and nicely presented in Roon.

I’m currently not using the streaming service integration of Roon.