When music stops in one zone, the other one goes silent

I am playing around a bit here with Roon on a MacBook but I found this strange behaviour:

This works fine, but when one track (either zone) is finished the other one goes silent but is still playing.
Start a new track on the first device and the silent track will be audible again.

OK, this is actually not consistent! Sometimes the playing track starts to be heard in the zone where I stopped playing. Perhaps my setup is not meant to be used but then I think I shouldn’t be able to set it up at all.

Another remark is that the user interface to handle the zones is quite unintuitive. 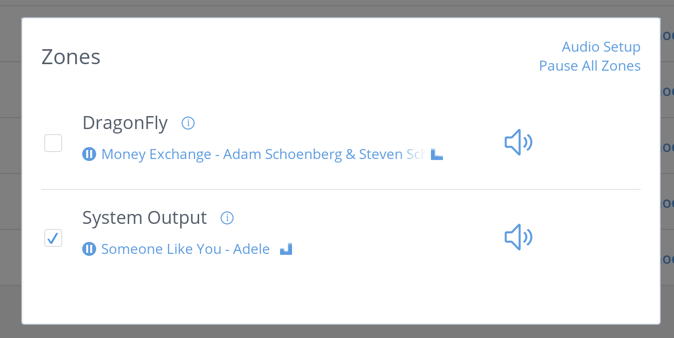 A check box should mean “Select this one, leave all other options as they were”. The check boxes here work like a “radio button”, i.e. exclusively select one of these. If the purpose of this dialog is only to select the zone you want to control, why not just have a popup menu when you click the speaker symbol? Much quicker and more intuitive.

I thought you could only sync zones properly with two devices by the same manufacturer.
It works perfect with two Meridian MS200’s
Just a thought. Chris

Any chance the DragonFly is configured as your default output? Maybe they’re fighting over the output.

@mike
My DragonFly is one zone but as you can see in the screen dump above the speakers are in the System Output.

Perhaps that is the problem? The DragonFly is set for exclusive access and it is working sometimes but quite random

This is not consistent! Sometimes it continues to play and other times the track playing will sound on both devices.

NOTE! This is not a problem for me! I am just testing and playing around with Roon but it may highlight potential bugs in the implementation of zones! Please don’t spend too much time on this unless you think your time is well spent!

Perhaps “System Output” should’t be allowed to be used but instead “Internal Speakers” or “Headphone” or whatever explicit device should be used?

I will set it up to “DragonFly” and “Internal Speakers” and play around a bit more.

OK, “Internal Speakers” and “DragonFly” as two zones seem to work flawlessly. So the problem seems to be with “System Output” which as I said probable shouldn’t be allowed to play simultaneously as another device on the same computer…

I have start and stopped tracks back and forth and can’t find any problems! (Really cool actually…) 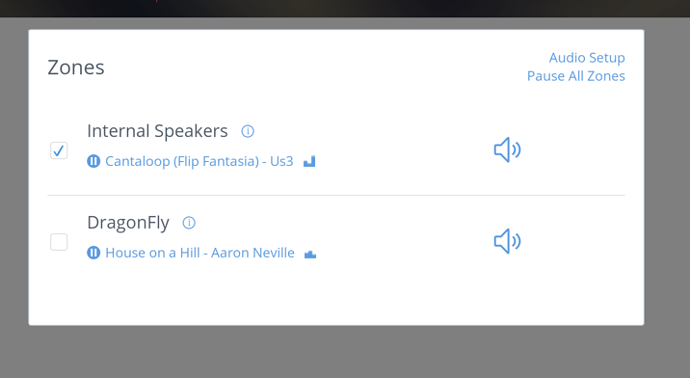