Having displayed data move is never a good idea. It is on par with having too many morphing options in settings menus.

I agree, but is is also necessary to solve the problem of ugly text pasted across the artist face. My guess is that Roon has little control over which photo their algorithm selects, and sometimes the artist is on one side, sometimes on the other.

The examples of Mobley, Henderson and Pepper illustrates that Roon is attempting to crop to create a large empty space for the text. My guess is that it is easier for Roon to detect where there is empty space, and paste the text there, than to find the appropriate photo that can be cropped so the image is always on the right. (Of course, some photos are so busy that is not possible, and then the text will be against the photo in any case, but it is still preferable that it not be smeared across the face of the artist.)

All that bbrip has to do to demonstrate the problem is to provide a third mock up, with the text pasted over the face of the artist, as in the actual cases that I provided.

Unless Roon can consistently find appropriate images to solve this problem. Two years of living with this demonstrates that they can’t.

Given a choice between really ugly results, with text and play buttons pasted over the artist face, versus moving the text to the right, the latter is preferable.

It is not that a big of a deal for your eye to quickly see where the text is, if it is on a big empty part of the image. That is easier to read anyway. 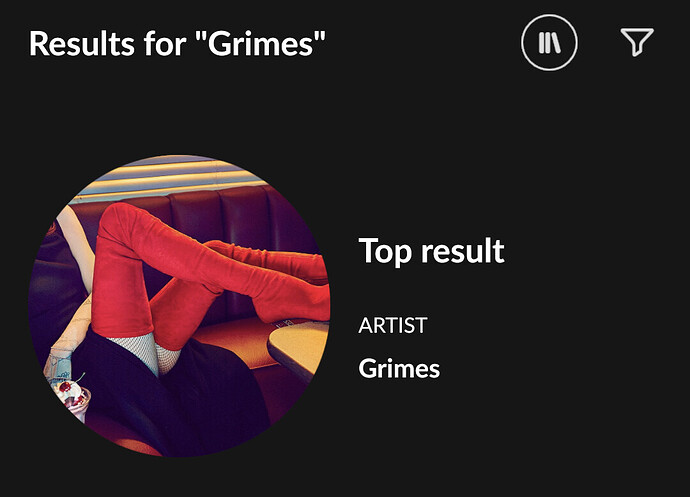 Now why would you want to change that?

You’re right, the roon algorithm works perfectly in this case!

Probably. But let’s face it, everyone’s bug is the most important bug to fix. I know mine are anyway. That’s why it’s good Roon decides instead of the person shouting loudest.

I’m undecided as to whether you are being rhetorical or inquisitive.

If rhetorical, I haven’t started shouting. Yet! 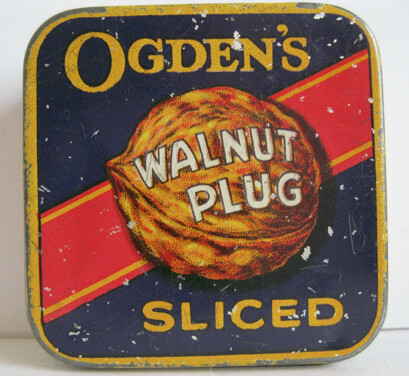 Seventy years ago, few adult males would have had to ask about that…

Yep, inquisitive.
Never would have guessed that!

How the heck did round photographs become the mainstay of web design? Photographs are not round. Photographic prints are not round. Cameras don’t have round sensors. With the exception of the round photo matting that was popular 80 years ago, there are no round photographs generally seen in the wild. It’s unnatural, in every way. Photographers compose their images for the frame, generally using the Golden Ratio, or rule of thirds, as mentioned upthread. Forcing a round crop on a well-composed portrait doesn’t make for an attractive presentation of the image. It makes for a bad photograph, a mug shot, essentially.

This is just lame copycat web design. Circles are fine for buttons and icons, but not for images. Please stop doing this.

Golden Ratio
Some of the greatest mathematical minds of all ages, from Pythagoras and Euclid in ancient Greece, through the medieval Italian mathematician Leonardo of Pisa and the Renaissance astronomer Johannes Kepler, to present-day scientific figures such as Oxford physicist Roger Penrose, have spent endless hours over this simple ratio and its properties. … Biologists, artists, musicians, historians, architects, psychologists, and even mystics have pondered and debated the basis of its ubiquity and appeal. In fact, it is probably fair to say that the Golden Ratio has inspired thinkers of all disciplines like no other number in the history of mathematics.[14]

— The Golden Ratio: The Story of Phi, the World’s Most Astonishing Number

But like so many traditions, it must be discarded, for an egg shaped frame (heavy sigh emoji)

I suspect the thought process was to distinguish photographs from other design elements so you can see at a glance the different aspects of the page design. When you look at an artist’s page for example you see rectangular albums and other rectangular elements that are specific to the design. All the artist’s pictures are round so you know what they are. That way you can’t confuse an artist with an album. I think it’s a solution looking for a problem, but the Roon designers are trying to come up with something they think is cutting edge. One of the many criticisms of V1.7 was that it looked “old fashioned”. This is their attempt to make it not look old fashioned.

Rounded corners work well, or perhaps some sort of piping around the artist squares. One thing is, though, the artist pics only have a name underneath them, and album covers have title, artist, and format under them, so kind of hard to get the two mixed up as it is.

I dont need these pictures for artists. Especially for artists as producers etc. where many of these kinds of artisf dont have pictures. It just look silly with these round circles.

Yep, I’ve never confused artist and album photos when both were square/rectangular.

Agreed, a Nonagon or Rhombus style asthetiic is clearly the way this should be heading. Circles are just so 2020.

Infact Roon should devote all hands to the pump on this major issue and just pretend all the real usability bugs don’t exist.

So long as we can see the artists in all their glory, glitches in the listening matrix can be surely be forgiven?

So long as we can see the artists in all their glory, glitches in the listening matrix can be surely be forgiven?

As far as I can see, no-one is arguing that replacing artist circles should be prioritised over some of the serious listening glitches being reported. I certainly don’t!

However, I, along with others, reserve the right to point out issues (such as artist circles) which infringe on our user experience with Roon. If we don’t do so, then Roon developers will be unaware of our views and nothing will be done to address them.

Your post is akin to those who write in to say “I have updated every 1.8 build without a problem - why are people moaning - if there is a problem then it must be their fault”.

Incidentally, I have had no problems implementing any of the builds, but I don’t jump to the ludicrous conclusion that everyone who has had problems is either incompetent or has a sub standard network and infrastructure!

However, I, along with others reserve the right to point out issues (such as artist circles) which infringe on our user experience with Roon.

Agree. I, along with others, also reserve the right to point out that artist circles are but a needle in the haystack of real usability issues in 1.8 that many are facing.

There are a number of users (myself included) who face daily challenges with remotes failing to connect, core not being recognized, skipping tracks, clicks & pops and missing zones etc, non of which were constant and mass issues in 1.7

Roon have obviously got a lot on at the moment due to the number of issues flagged on 1.8 rollout. At the same time they have fixed a number of the early issues that were flagged. Playlist indicators and tags are worthy of mention here. I don’t even use tags in Roon but I’m delighted for those that needed the fix as Roon for them was no longer Roon with tagging taking a back step. That was a real usability issue.

I’m sure Roon will eventually get around to addressing the majority of issues. It’s in their interest to do so if they want to keep existing customers and bring in new. Evidence to date shows they are hard at work regardless of perceived pace.

However, for me, artist circles are in the same bag as purple fonts - first world privilege problems, yet the threads on these soft issues go into 100 plus pages as if it’s a major fail when it’s quite clearly not even a functional issue. Its pure asthetics.

Now I’m off to listen to some Carly Simon, if my remote will connect.

One of my points, although I did not include it in my post above, is that some issues are hugely more complex and difficult to resolve than others.

It must be extremely challenging to resolve technical issues such as you describe experiencing, when there is no standard Roon platform infrastructure and many people (such as myself) report that Roon is functioning perfectly on their set-ups. Replicating every one of these disparate technical problems in order to develop a ‘fix’ must be unbelievably complex, if not utterly impossible!

On the other hand, resolving the artist circle issue by offering the option of circles or squares could be achieved in minutes without a second thought. I know this, because up until the latest build, I was able myself to return to artist squares (or squircles) by means of a 10 minute edit of the appropriate ‘atlas’ files. Unfortunately, my ability to do this appears to have been scuppered by the latest build.

A resolution of the artist issue could be accomplished by Roon developers without so much as a hiccup in respect of their work to resolve the more serious technical problems reported by you and others.