I have Roon scanning my media library that is an on external drive directly connected to my laptop. One disc of the Blondie box set Against The Odds is not appearing anywhere in Roon. I even added it as a separate folder for Roon to scan to see if I could force it to import, and it shows 19 tracks imported. I confirmed there are no Blondie tracks in the skipped tracks section.

When I go to find tracks by path, the box set goes from disc 1 to disc 3 without showing any data for disc 2. If I search the song titles by name, I get sent to the Qobuz versions. I’ve included a Dropbox link to one of the files in the folder here: Dropbox - 08 Rip Her To Shreads.flac - Simplify your life 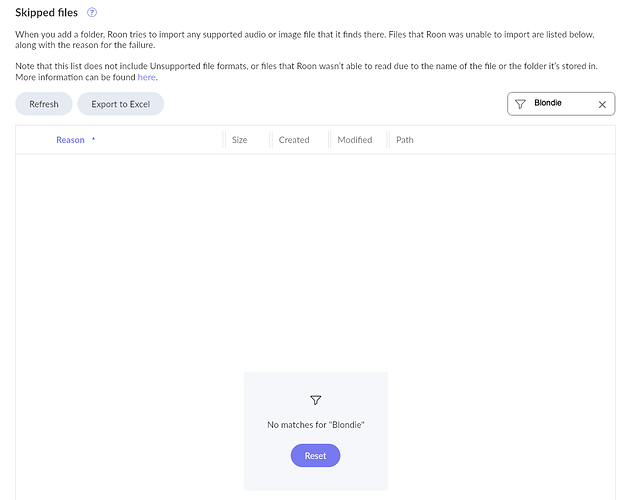 The file you uploaded to Dropbox is OK - it appears in Roon for me. What do you see if you go to Albums and view ‘By date added’?

Hi @DaveN! I do not see the album when I view by date added. It’s not the most recent album nor does it appear with the other discs of the Blondie box set.

@Rugby Found the solution–the disc was imported but hiding as a different version of a later disc of the box set. Thank you all!