Why isn't the Band tagged Americana

I added the tag because I want them to play with that genre but am I wrong in thinking that fits? They are tagged as country rock but I don’t see them as belonging so much with the Byrds, the Burrito Bros and Poco. Is it because, outside of Levon, that they were Canadians?

Is it because, outside of Levon, that they were Canadians?

Lol, when Canada stopped being in America? Even then US citizens often thinks they are the only americans, America is lot bigger than the USA

You got me, but I really didn’t think that was the reason. I was just making the point that I can’t think of a good one.

LOL, Now my streaming Americana set just spit out a Pretenders tune… I’m really confused. BTW, don’t take that as a complaint, the play by genre feature works really well because in general the tagging is so thorough and so accurate. A great way to get to tunes in your library that you might not always think to just hit play on.

Here’s where I get educated. (And a moderator changes this to another thread)

I’ve always thought that Americans were citizens of the USA. This is, I think, because there’s no easy way to say someone is an United Statesian. Even more unwieldy is calling someone a United States of American. (Yankee? I think it’s a handy term. But in the USA, a Yankee isn’t exactly the same thing as a Yankee in, say, Europe. In the USA, a Yankee can be like three or four different things.)

Citizens of the USA, Canadians, Mexicans, citizens of the Caribbean and Central America are North Americans. Which is a way to describe the continent where they live, not their country of citizenship.

So, with all due respect to my Canadian cousins, Canadians aren’t Americans; they’re Canadians and I’m pretty sure they will insist on that distinction. That is, if a Canadian ever insisted on anything being, you know, so polite and everything. (Except on the ice. Some Canadians can be murderous thugs on the ice.)

Am I wrong about this? I could be. But as an inhabitant of an American city near the Canadian border for much of my life, I’m pretty sure aboot this.

And @miss_my_zune is right. The Band’s music should be considered Americana, among other things. It’s a genre not a citizenship.

I wouldn’t classify The Pretender’s music as Americana in general. But they may have a song or two that fits. What song was it?

Having lived overseas for 30+ years I can confirm that to most an American is a yank as in NOT a Canadian. So nationality yes, but in terms of the americana genre i think it’s nearly as clear that the USA should not own that label. FWIW, Blue Rodeo gets a lot of plays on an ameicana playlist and they’re as Canadian as it gets.
The Pretenders tune was ‘Love’s a Mystery’ from Break Up the Concrete; not really a fit.

Can only Latinos make Latin music? It’s the style, influences etc that matter not the country of origin of the artists surely.

To be clear I believe an artist can create music that belongs to any genre, regardless of their country of origin.

My comments regarding Americans were in response to @AE67’s comment:

Lol, when Canada stopped being in America? Even then US citizens often thinks they are the only americans, America is lot bigger than the USA

So, with all due respect to my Canadian cousins, Canadians aren’t Americans; they’re Canadians

That’s the point.
[Moderated] things like Trumps “America first (no you mexicans are not meant, you don’t live in America)” must sound [arrogant] for a mexican, canadian or peruvian how lives on a continent called America.
It’s like saying japanese are not asiens, only chinese are. Sounds crazy, didn’t it?

Americana is a very wide genre in my mind, so adding the tag yourself is the best way forward. 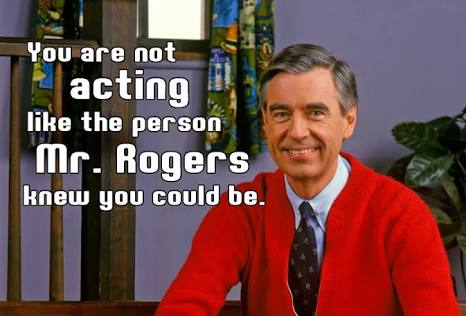 Moderated this thread as marked. Talk about the ideas, not each other.

(Except on the ice. Some Canadians can be murderous thugs on the ice.)

The proper term is Goon.

A further thought is that Americana is a fairly modern genre to cover what is New country from East Nashville.
It may not have been used in the days of The Band.
I could be wrong though. Chris

that’s as good a thought as any, I don’t remember hearing it back when they were recording…

I bought the first “The Band” album (music from big pink) when it came out in the late 1960s. I’ve been a major fan of that sort of music since then (including newer “Americana” acts). Back in the day, my friends and I called this sort of thing “folk rock” or “country rock”. Can’t quite recall when the term “Americana” came into vogue, but the earliest I can recall seeing the term is late 1980s or early 1990s. About the same time I started seeing “Alt-Country” applied to bands like Uncle Tupelo, etc.

I remember feeling like a should be wearing a hat and sunglasses when I bought Steve Earles’s Copperhead Road from the country bin.

My first foray into the country section was buying Willie Nelson’s “Shotgun Willie” album in 1973.

I was wondering what we called this back in the day. The wiki reminded me that we referred to this stuff as “Progressive Country”. Some used the term “Outlaw Country” but I never particularly liked the latter. My favorite is the genre coined by Gram Parsons – Cosmic American Music. I use this in my Genre settings for Gram and for Doug Sahm! ¡Viva Terlingua! is a live progressive country album by Jerry Jeff Walker and The Lost Gonzo Band recorded August 18, 1973 at the Luckenbach Dancehall in Luckenbach, Texas, and released later that year on MCA Nashville Records. The album excellently captures Walker's strived-for "gonzo country" sound, a laid-back country base with notes of "outlaw" rock, blues, and traditional Mexican norteño and Tejano styles. The Lost Gonzo Band as featured on the album included Gary P. Nunn and Kelly Dunn on ...