Why would an artist be listed under 'classical' genre when there is no metadata to define them as such?

Hi - I’ve not noticed this before but scrolling through my library artists with a view to ‘liking’ them so they effect my ‘Recommended For You’ suggestions I excluded ‘classical’ genre. In flipping this switch to just see who is classical I find lots of pop/jazz/blues etc artists still appearing?

See screenshot… for example why do you think Badly Drawn Boy is appearing as ‘classical’ when he does not have that genre in his tags and (maybe) if the tag for ‘chamber pop’ decides this why then doesn’t he appear when classical is excluded considering he has all those other tags? 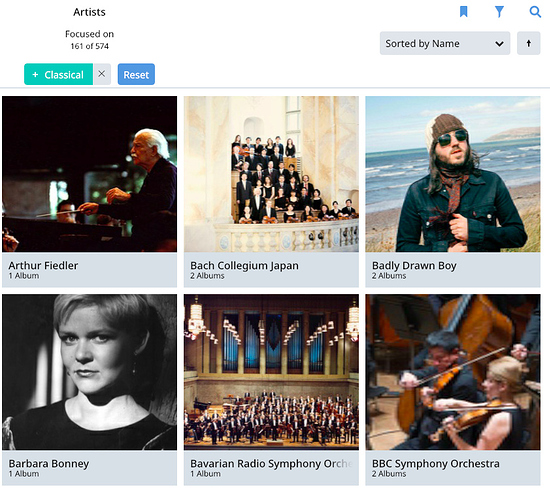 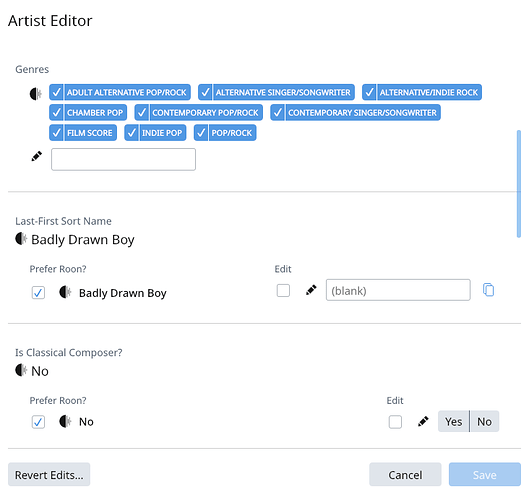 The culprit is Film Score. It’s part of the classical genre tree which comes from Allmusic. You can see it here.

Switching the filter to exclude classical means don’t show artists which have a classical (sub)genre in their description, irrespective of other genres. Badly Drawn Boy does have one, so he is excluded.

Edit him via the 3 dots edit and you can untick the File Score genre.

yes.
but i have MANY artists where i cannot untick the film score or classical genres.

Classical / film score: how does that work? Metadata Issues

and nobody answered from the @support staff.

Edit the genre of “Film Score” within the “Classical” genre to not have a parent (either blank out or move to another preferred parent). Film Score will then become a top-tier genre (if blanked out parent) and all those artists will no longer be in the Classical hierarchy

A good solution but don’t forget (from the KB)

Ah that worked @BrianW thanks!