Will local files come to be regarded as being as obsolete as turntables?

After all, you can’t listen to your records or CDs or reel-to-reel tapes or cassette tapes or 8-track tapes with Roon, even before 2.0

Entrypoints, the audio entrance to Roon, made the move to HiRes! Tinkering

Entrypoints is a collection of Roon extensions that act as an input to your Roon system. Music from input devices like turntables, cd players and phones can be streamed to Roon zones and can use the Roon specific features like DSP. Entrypoints is the continuation of the development that was done for the CD Player extension. The CD Entrypoint is the improved version of the CD Player, making the latter obsolete. You can read about Entrypoints on its Wiki, make sure to also watch the Introduction…

Does anyone have any idea where we are today with regards to local files vs streaming among Roon users? I am 99% streaming, I only have local files for music that I desperately wanted and is not available on Tidal. I suppose Roon keeps some statistics on that?

Same here. I use Tital only for sampling a new album release before I purchase.

Just as likely to use local files as streaming.
In fact still play cds and use FM radio.

honest curiosity here: Why do you buy music that you could stream?
To support the artist?
Doomsday prepper thinking?
A bit of both?
Something else?

I like supporting the artist for sure. But also there has been many times when albums or songs in a playlist, when out of the blue they are no longer available for streaming for whatever reason, but is gone.

It is never gone with my local files. I would re-missed if I did not say except when my internet is out.

Look, all of us oldsters have local files. We lived through the days of Napster and iTunes and iPod, which caused us to create massive on-disk libraries of music. But it’s a blip, historically speaking. The iPod is gone, CD sales have declined dramatically, kids are spinning vinyl in what they think is an ironic reference to their parents’ nostalgia for bygone eras, and even music downloads are on their way out.

And it’s a good thing. Simplicity in life, not having to manage possessions, etc.

Music files are just one more historical artifact, which in twenty years won’t be a thing anymore, IMO. The interesting question is, what does the curve between now and twenty years from now look like?

Dani, that’s an interesting article. Of course, it’s on a site called “hypebot”. Is that really the place to look for well-reasoned discussion?

I’d agree with all of the point he makes: cheaper to make, faster to make, easier to carry, easier to take home from a concert. But those are all comparisons to big old obsolete vinyl records. Which have never made much sense over the past 30 years. The only vinyl I’ve bought in that period are records for one of my nieces, who’s enchanted with, I think, the reference to the olden days.

But even CDs are not as convenient as saying to an Amazon Echo, “Play Lady Gaga”.

I tend to “bond” more with music I own than music I am streaming. And even streaming will change in time.

honest curiosity here: Why do you buy music that you could stream?
To support the artist?
Doomsday prepper thinking?
A bit of both?
Something else?

p.s. I use spotify to try out things and to have music on the go.

Me, too. Well, not 5000 (I think), but boxes and boxes of records and CDs sitting in my basement. For good, I think. I never have the impetus to pull them out, even though I sometimes buy a CD and add it to the pile! Usually, as you say, to support an indie artist.

But that’s the point. We were conditioned by our pre-streaming past. The YouTube generation hasn’t been. 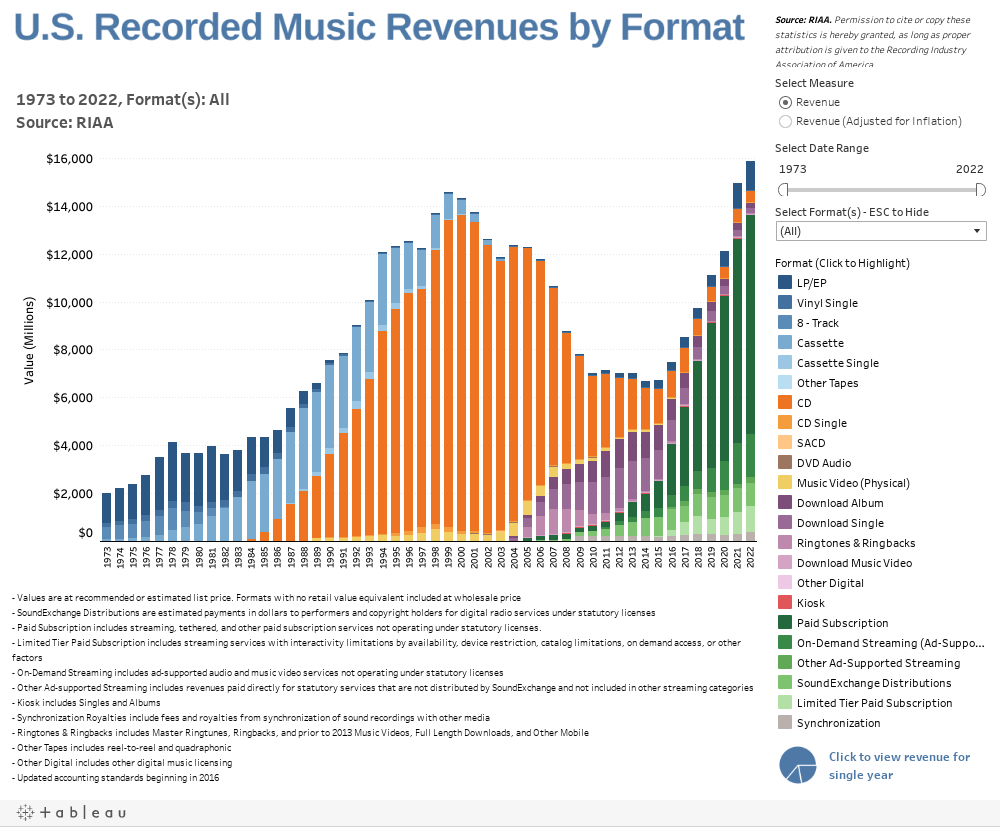 The RIAA provides the most comprehensive data on U.S. recorded music revenues and shipments dating all the way back to... Read More » 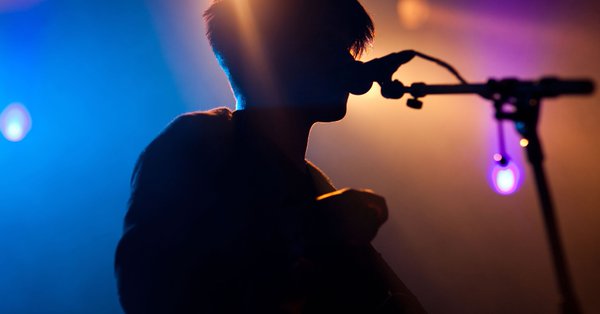 As long as we will have physical media (which I hope we do), local files will be of value.

But to buy physical media just to rip and store in a box is wasteful. Just download the files.

Ostensibly, Gary is right. Quasi or pseudo ownership is correct.
Too many posters on this site bandy about how they prefer to “own” their music. Well, I, too, have a large local music collection, but I do not own any of it.

Look, folks, unless you are the hedge fund buying up Bob Dylan’s catalog or similar, you do not own the music. You cannot replicate it or distribute it or sell it. From what is rapidly becoming a bygone era, you may own physical media or downloads that convey personal listening licenses. However, that is all, just the physical objects and/or the personal licenses. You do not own the music.

With digital files I own the right to use the underlying intellectual property (the music). Just like in the old days. One could buy software on a disk to install, but legally one is buying a license to USE the software. So to me this is quasi ownership (I’m a licensee). But I’m not trying to argue any strictly legal interpretation here as I’m not a lawyer.

Music files are just one more historical artifact, which in twenty years won’t be a thing anymore, IMO. The interesting question is, what does the curve between now and twenty years from now look like?

I agree fully. I’m just stuck in my ways. And not only as it relates to music. I still like manicured lawns even though that’s probably killing the planet.

As long as we will have physical media

Not sure I follow. Does having 8-track tapes make local files valuable? No. Are you referring to hard disks? Cloud-based storage options like Dropbox are also replacing those, particularly the insidious device-related things like Google Cloud Storage (Android back-up and GMail) and Apple’s iCloud (iPhone and iPad). Physical media, as something you keep files on, will disappear too, the solidstate storage in our phones and laptops being simply caches for the network primary storage.