Wiring the home with fiber

It won’t be long before copper Ethernet is obsolete. Considering how cheap fiber is, it’s a no brainer running it through the walls if one wanted to hardwire their house. The future is fiber and wifi. Not copper.

The thing is, Music is Music and Cat 6 will easily do the job but the idea of extra pull through’s just in case is a good one. TV coax wouldn’t hurt either if your not streaming TV. At some point you have to stop.

A horse and carriage is good enough to get you to the store as well. Considering fiber is even cheaper than copper with much higher performance, 100% isolation and up to 10G speeds, it’s a no brainer.

Only $10 for 98ft of quality Corning single mode fiber. For the ultimate 10g fiber switch, look no further: 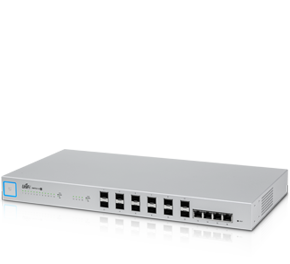 I’d go with LC duplex connectors, and use LC/LC single mode duplex cable. Then you’ll need SFP Transcievers such as these for the switch end:

MiveraAudio: Are you suggesting that a new house be “wired” with fiber for LAN use? I’m a total newbie when it comes to fiber. I’ve read about using fiber to electrically isolate network audio, for example here: (https://www.audiostream.com/content/electrically-isolate-your-networked-audio). In this application, an A/C powered media converter is used to to convert the fiber’s transmission to something copper could use. I’m really reaching here, just guessing in fact.

Whew, if a whole house installation of fiber vs copper that is what your suggesting, I need a wire your house with fiber book for “dummies”,

Given that you say fiber is cheap, I wonder about an in-home installation project – labor would be higher (harder to terminate and easier to kink), converters would be needed etc. On the plus side, fiber doesn’t corrode, RF issues like running close to A/C cables wouldn’t be an issue like copper. And I can only assume it wouldn’t be affected by a lightning strike, like our copper connected devices and their integrated circuits have been twice in the last 4-years or so. Yeah, just days before a 70’ tree was to be taken down that was hit by lighting approx. a year and 1/2 before, it was hit again (who said lighting doesn’t strike twice in the same spot?)!!!

At any rate MiveraAudio, can you point to some links or information that would satisfy my all but total ignorance regarding the installation and use of fiber optic cable in a home environment.

Yes I’d wire everything with fiber. I already sent links for several lengths of pre-terminated LC/LC single mode duplex cables, along with a great fiber switch. Termination only takes 1 second. Not difficult. Just choose the right length for each run. The LC wall plates I shared links to simply install on the walls and plug the LC cable into the back of them. Running through the walls isn’t anymore difficult than copper. If you’re worried about kinks, you can buy this bend insensitive cable instead:

For legacy devices that only have copper inputs just use these FMC’s together with SC/LC singlemode duplex cables. Then run the LC end to the wall plate. 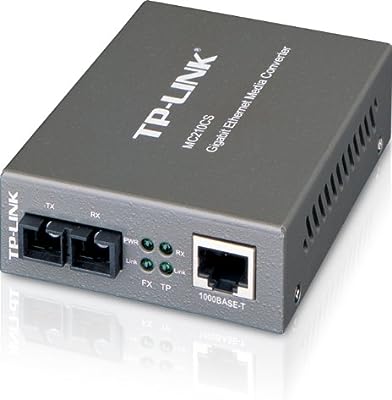 You’ll have 10G speeds, fiber isolation from switch/server noise, and futureproof for decades. It’s only a matter of time before everything has fiber inputs. You’ll be glad you went this route when this eventually happens.

Those SFP Transcievers I shared earlier are for 10G only. For gigabit Ethernet you only need these $7 units:

One thing to remember about SFP Transcievers is they only run at 1 speed. That Ubiquiti switch can both 1 and 10g, you just need to plug the Transciever speed you require into the port.

Another fiber switch option that’s also compatible with 100mbit SFP transceivers to use with endpoints like the Raspberry pi based ones. Also has 4x 10g ports for future ultra high speed devices:

Just use these transceivers on the 100mbit runs.

Some budget FMC’s to use with 100mbit devices:

For legacy devices that only have copper inputs just use these FMC’s together with SC/LC singlemode duplex cables.

“Legacy devices”??? What end-user devices do you know of that have any sort of built-in fibre Ethernet transceiver? Anything from Microsoft, Apple, Google, Amazon, HP, Lenovo, Sony, etc.? No?

I doubt most corporations with under 1000 employees even have 1Gbps fibre backbones, let alone ten times that amount.

And you are aware that Cat-5e cabling is capable of up to 10Gbps transmission, right? I’ve seen that far more often in server rooms these days than fibre. And it works, too, just as 1Gbps, 100Mbps and 10Mbps half-duplex did before it: by transferring packets from A to B without loss. Just faster.

Given that CD-quality audio is about 1500kbps, that represents 0.00015% of the theoretical capability of a 10Gbps connection. And your argument is that all of this huge additional cost is “a no brainer” because it may bestow upon one device in an individual’s home some sort of benefit that can neither be measured nor defined.

And the future is wireless – not copper and definitely not fibre – unless it’s the cable coming into your home from your telco provider.

Everything physically connected is going to fiber. Copper just has way too many limitations, and problems for audio. Sure you don’t need 10g bandwidth for audio. But only a fool would spend more money for the worse performance of copper if they plan on physically wiring their house circa 2017 and beyond.

Great article for folks out of touch with today’s technology:

Only thing to disregard is the cost. As shown in the links I provided, fiber is now cheaper today than copper. Especially when compared to Audiophile copper Ethernet cables.

This would have been cool to attend;

Everything physically connected is going to fiber.

I don’t see this happening anywhere outside of large office buildings and data centres.

Copper just has way too many limitations, and problems for audio.

What limitations, beyond the 100m limit between switches (not an issue with 99.9% of single-family dwellings) for Cat-5e, are there? And what problems?

As shown in the links I provided, fiber is now cheaper today than copper. Especially when compared to Audiophile copper Ethernet cables.

A “copper” Ethernet cable is four pairs of twisted wires terminated with an RJ-45 connector using either the T568A or T568B wiring scheme, surrounded by a flexible PVC jacket. There is no such thing as an “audiophile” Ethernet cable. However, I could personally (being a bit of an audiophile) say that the bulk Cat-5e cable I purchased and terminated myself, and which I use to connect all of my Roon endpoints together (glitch free!) through cheap TP-Link gigabit Ethernet switches, is an audiophile’s Ethernet cable. Only in that application does the word “audiophile” have any meaning in a sentence containing the words “Ethernet cable”.

MiveraAudio: I appreciate the redirection. It’s always good peeking outside the box (so to speak)! I was under the assumption that fiber would be way more expensive than copper, so hadn’t really considered it. It certainly is a consideration now…Thanks!

Considering that “cheap” was essentially the first reason to go in the direction of fiber; what types/manufacturers/source would you recommend for bulk purchases?

Now, I may have selected the wrong kind of fiber for indoor, residential use. So, I may be making an apples to oranges comparison. If so, please advise.

BTW, I definitely don’t know, but assume just like copper, there may be different standards/types (e.g. CAT5, CAT5e, CAT6, CAT7 etc.) of fiber and perhaps one manufacturer is maybe better than the other etc. Is there a certain Fiber type/spec. or manufacturer that you would recommend for residential use? Can it be bought at the 1,000 foot amount, rather than a 3,280 (1KM) amount?

The best thing to do is figure out the length you need for each run and buy it pre-terminated. Obviously your runs can’t be more than 100M or else copper would be out of the question. 98ft runs are only $8.60 to $10, and they can pre-terminate custom lengths if the in stock lengths won’t work. That cable you linked to is 24 runs of fiber in 1 cable. Wrong stuff. I already shared the links to the proper cable to use in standard and bend resistant.

11 lengths to choose from along with custom length option.

only a fool would spend more money for the worse performance of copper if they plan on physically wiring their house circa 2017 and beyond.

No argument there: For new home installations or renovations I see no reason not to, but only because it would provide a guaranteed availability of bandwidth for the future for multiple users streaming various types of content to many different kinds of devices (which will all be wireless) all at the same time.

Yes and that is what the topic of this thread is about. New hardwired home installlation. You can’t use what was best in the past as a reference for what’s best for the future. I don’t think we will ever have a nostalgic resurgence for less Ethernet bandwidth and performance in the future like we see with vinyl and tubes.

You can bury your head in the sand about Audiophile copper Ethernet cables not existing.

But they do and many audiophiles are using them. Along with many server, and switch tweaks to minimize noise transfer through the copper cable. Using fiber completely eliminates this market altogether.