With 1.3 Release coming, have you backed up your DB?

Make sure to have a copy (backup) of your DB. While the Roon Team is great about testing, stuff can occur.

Check out how to backup your Roon DB located here on the site.

Certainly hope this is a hint we are gonna get it during the Obama presidency.

Just reminding folks to have a copy of their DB as we hopefully get closer. Like Roon has always said and done, it will be released when it is ready.

For normal maintenance this is something folks should do monthly or after a lot of MetaData edits, or new albums added.

Hopefully a hot backup feature has been added to 1.3.

Check out how to backup your Roon DB located here on the site.

And just incase you don’t read that, don’t forget to close roon/roonserver before you backup, or it won’t be of much use…

Hopefully a hot backup feature has been added to 1.3.

That’s quite likely, but having an up to date 1.2 DB backup would be very sensible before updating to 1.3.

Okay I’ve just backed up, can I have my Roon 1.3 now please?

You know the answer … when it is ready

So I have just been backing up Roon database from my SonicOrbiter SonicTransporter to a location on my NAS.
I get the following error msg at the end of the process from my MacBook Pro . Does anyone know what this means?

What I backed up was the whole “RoonserverDB” folder, which I thought I had read elsewhere had to be copied whole. You can see it in the first shot below. The second shot below shows what is in the first folder. 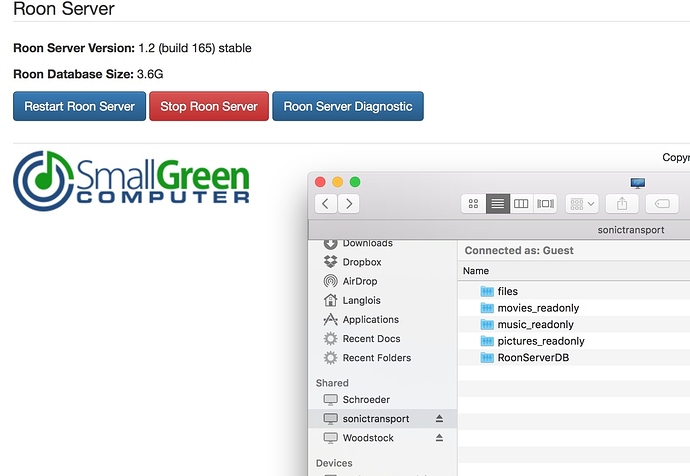 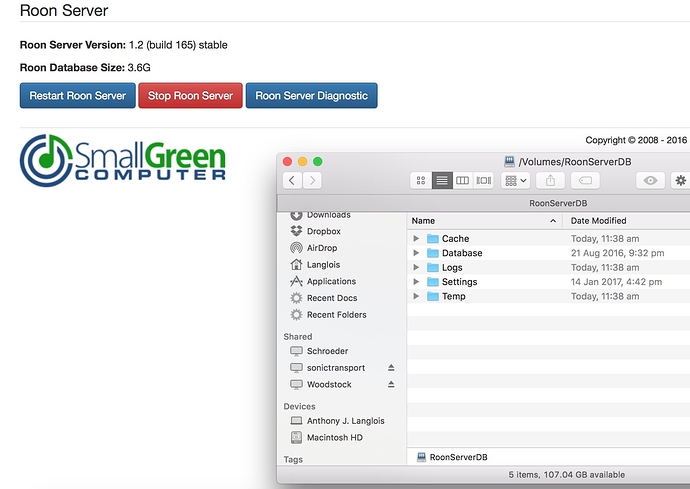 Ah, sorry, you said Sonic orbiter in the post before which is a different product

So you backed up the right thing. My guess is the files may have been locked because Roon was running. Have you tried stopping it first? If that doesn’t help, might be one for support.

Ha Ha! It’s my sons 2nd Birthday on 21/01 so I hope it’s not released before then as I would have a real dilemma on my hands…

Yup, sure have - the nerd in me has set up a monthly reminder.

I hope I don’t have another scheduled backup prior to 1.3! (waits only sort of patiently, recognizing it will be ready when it’s ready)

I wonder if it would be best to start with a fresh/empty database?

Big pain but I wonder if you get better results seen as though they have improved things such as linking artist together?

It’s an option but there would be little to be gained as both the database’s structure and content are updated and relinked as part of the migration process.