You Can't Put A Quart Into A Pint Pot 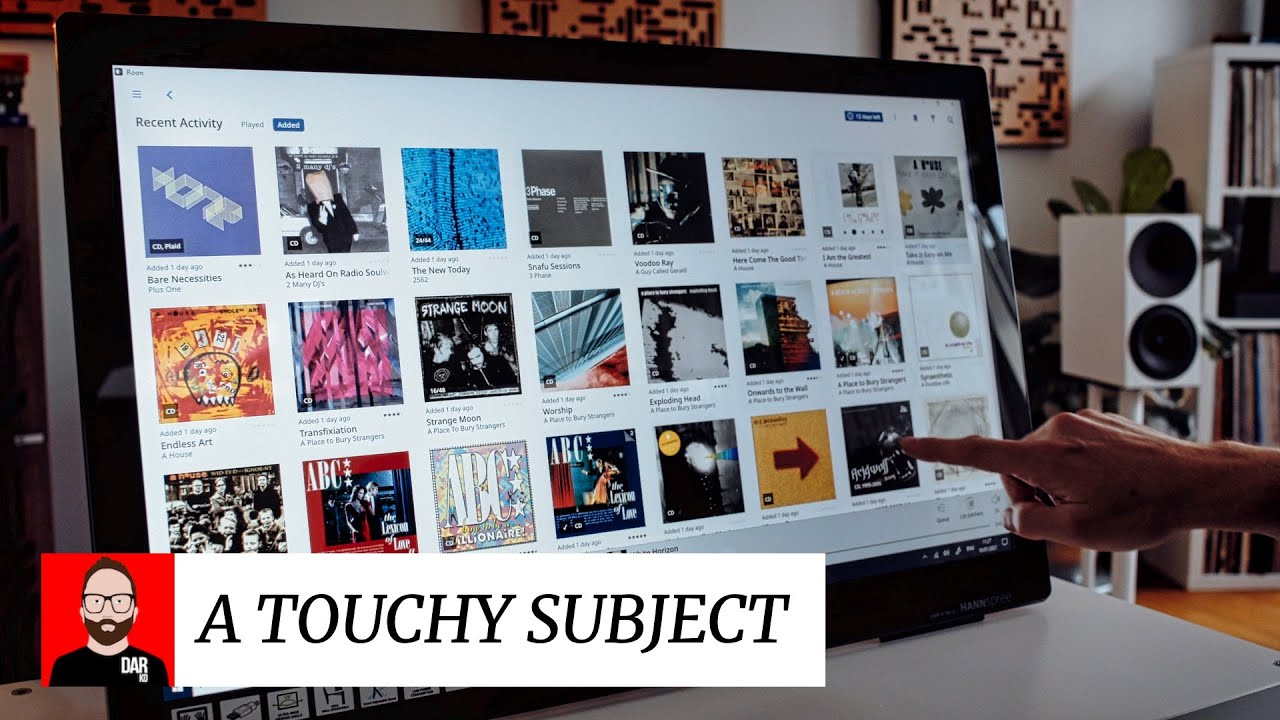 If I had the money, and a dedicated music room, my Roon UI would be on a Surface Studio - pull it up to browse, and lay it down to listen…

The big ipad is quite good too. It’s easier to have on a tabletop or in your lap. Since Sooloos was a touch screen system it makes sense that Roon works best on a large touch screen. I still find the app very useable with a a mouse and keyboard though.

Having had an iPad Pro and FireHD 10 in the mix, I gave the iPad to my son, much preferring the size of the FireHD 10.

There is no reason I see why they can’t have more functionality on phone app just needs some thought as to how to implement it. Fed up with having to use a tablet or pc as a remote the phone app really is poor even for what it does now, no jumping alphabetically, no side scrolling too much real estate being used when its really not suitable on this platform. Its just C.R.A.P and not good enough for a product of this price.

I can do a remarkable number of things more than acceptably with my Apple Watch. Well designed apps are well designed. Roon returns 2585 possibilities for Beethoven’s Symphony 5 from Qobuz, many of them aren’t actually performances of the whole work, there are few useful ways of browsing what you do get, and then you can only see 5 at a time on an iPad. This is not well-designed. A bigger screen is not the answer to the limitations of the current UI. 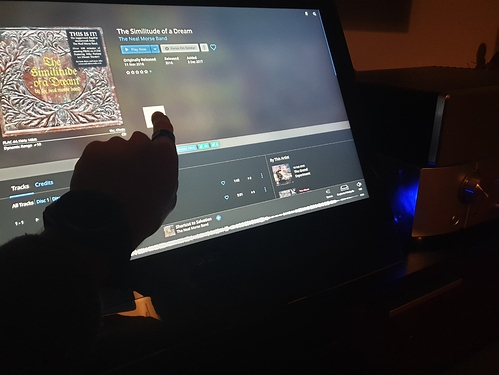 I would just love it if roon considered touch screen pcs at all. at 1080p its apparently not enough real estate unless you go full screen and even then all the buttons are small for touch.

I admit I have even more demands as my 1080p monitor is tiny, and to be fair it works if I am real careful, but if they eventually come up with a touch screen mode I would be a happy camper

Um, the Roon UI works with touchscreen Windows PCs now. Not sure what you’re asking for here?

I use it on Windows tablets and touchscreen laptops (various sizes) now.

Yes it works. Its not great on a small screen. Its not great on a larger screen to be frank. So much stuff crammed into one area look at my picture for instance. Ideally it should work on lower res than 1080p there are loads of great cheap screens for pi etc that cannot be used with roon.

It would be great if roon had a genuine touch screen mode, bigger buttons, simplier interface etc.

Just look at this wasted space does it really need a header this big or icons that big. Use hover over to show more details if needed. It’s just daft. Even Naims app which is not without faults at least maximises it’s real estate and has side scrolling for each section shown here.

I suspect most of the constraints are composed by the software framework. I find I’m much happier with it when I simply use it for what is it and not impose my desired way of finding music on it. I would love to see more user customizability but if the target market is 50+ and perhaps even much older, too many options to ‘mess’ up are not a good thing.

At 55 I’m fortunate to have known a world that wasn’t connected but one that didn’t come so late in my life that I didn’t readily take to it. That’s not to say I use software, particularly mobile software, like a 18 year old does either.

Hopefully as the Roon Labs LLC grows we’ll see some native apps that are able to fully utilize the philosophy of the OS authors and not be boxed in.

I don’t know for a fact but I believe this is used across all platforms.

Qt Supports a wide array of platforms to develop on and to develop for. Qt also supports variety of operating systems.

A TvOS app would be great. There’s a good one in Tinkering…

the target market is 50+ and perhaps even much older, too many options to ‘mess’ up are not a good thing.

That is an incredibly patronizing and judgemental remark.

But probably covers 75% of people post in these forums.

That is an incredibly patronizing and judgemental remark.

Jokes aside, and this is merely conjecture since I have no visibility into Roon the Company, unless and until Roon has substantially more resources than they have now, they won’t have the bandwidth to manage multiple different code bases for different platforms and that is why everything is done through this multi-platform video game engine.

Yes, a larger company would have the resource to manage this and create a better experience, but a larger company probably wouldn’t care about us and tie use of the interface to their single streaming offering. Here’s what I mean:

Roon is the best music player software available today, except that it has critical areas less usable than in solo-developer software available in the early 2000s! Roon’s features make it fantastically easy to find great new music. But Roon can also make it terribly difficult to find music we already have and that we know where it is! I’ve learned more about the music I love since I started using Roon than I knew before then. But much of the information now feels “stale” and Roon doesn’t prov…

Wow, sorry if I offended anyone, I said ‘if’. I certainly don’t know but let’s consider what we do know. How many under 30 year olds will spend any money on music playback software let alone hardware? Stats show that most likely you and many here are male and rather affluent and in their 50s, if not older.

I am am still physically active, I finished my career as as a MS developer (certified) , previously running the manufacturing IT support function for a major SA corporate

I am far from past it thank you, I embraced the digital world as it arrived with my first PC in 1981, maybe you were slow on the uptake,

Yes you did rather stereotype us oldies, off to program a bit in C# now

I have a surface studio and it’s great for Roon. If I could afford it I’d have one in each Roon zone!

You can go a bit mad with it though, there is a lot of screen real estate… 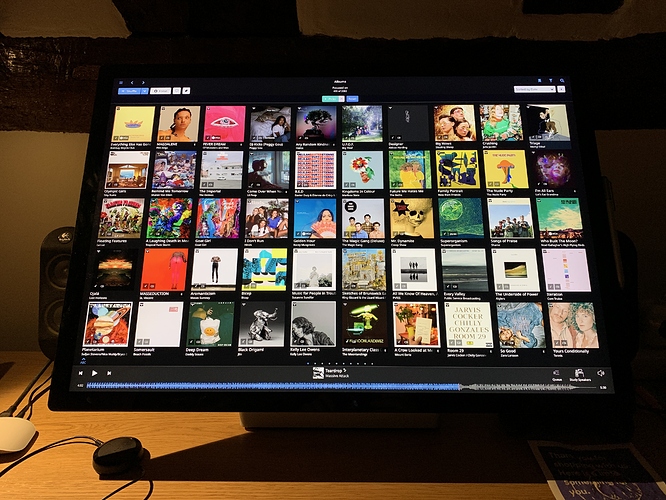 That page is fine once you go beyond that however space seems to me to be largely a waste. For instance one stuff is playing you coul dhave that one one side or even top left or what ever then on the right browsing capabilities, without having to constantly go back and forth all the time.

Oh and whilst we are here put a f&&&ing scroll bar or A-Z on the iphone already!

I agree, some screens are of more use than others on a very high res display. The Surface Studio has a resolution of 4500 x 3000 and it definitely has pros and cons. Now Playing looks kinda good for images but the controls are very small in the bottom left-hand corner. They could do with being scaled up with screen size… 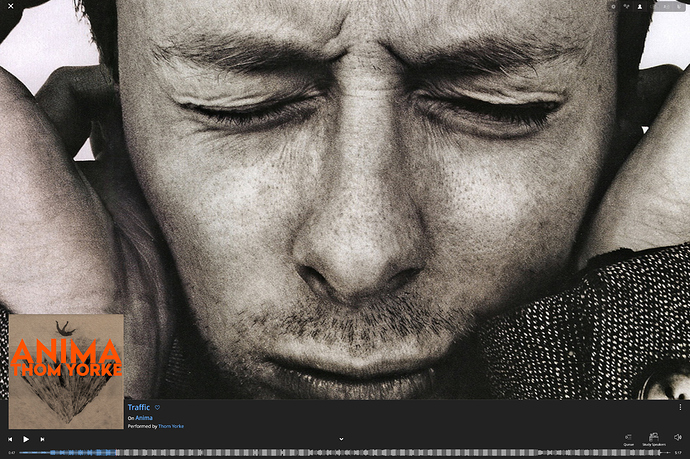 The album screen is definitely a waste of space… 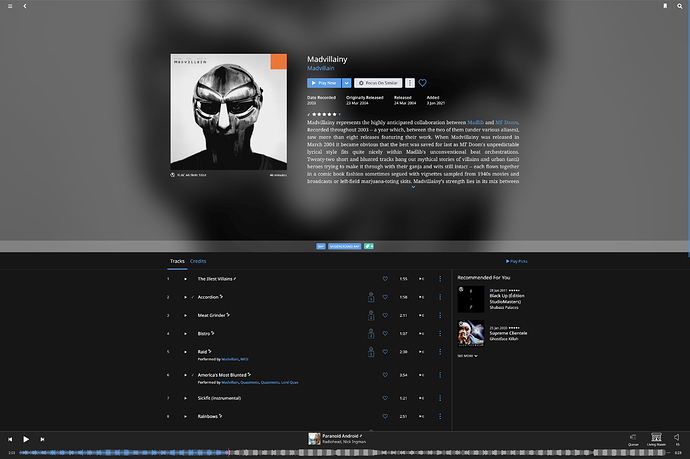 The above screen grabs are from the Studio with the scaling set to 175%, I can of course increase that to have the Roon UI better fill the space. Or I can go the other way and its get silly, at 100% scaling its barely usable even with a mouse! In fairness that is true of just about every application though… 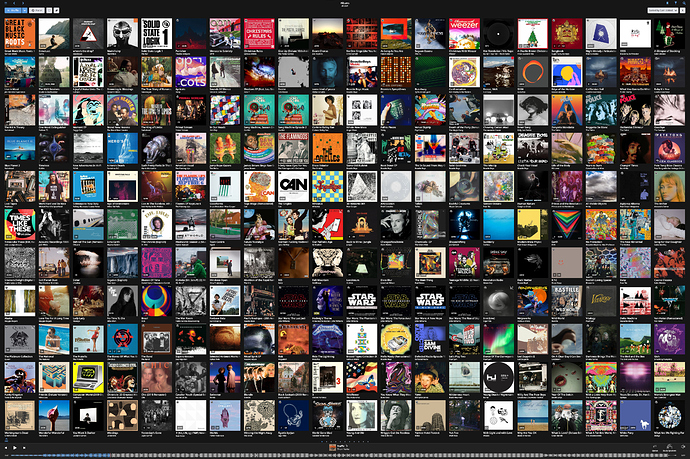