1.8 B778: Roon doesn't consistently identify albums as part of the library

My library combines local albums and albums from Tidal. I have noticed that on artists’ Discography screen, not all albums that are already part of the library are recognized as such. This is, these albums are being shown on the Discography page as if they had NOT been added to the library.

I’ll give an example with albums from Tidal:

Now, looking at Gunar Letzbor’s Discography, these two album do appear on the ‘Appearances’ section, but are not marked or recognized as being part of my library: 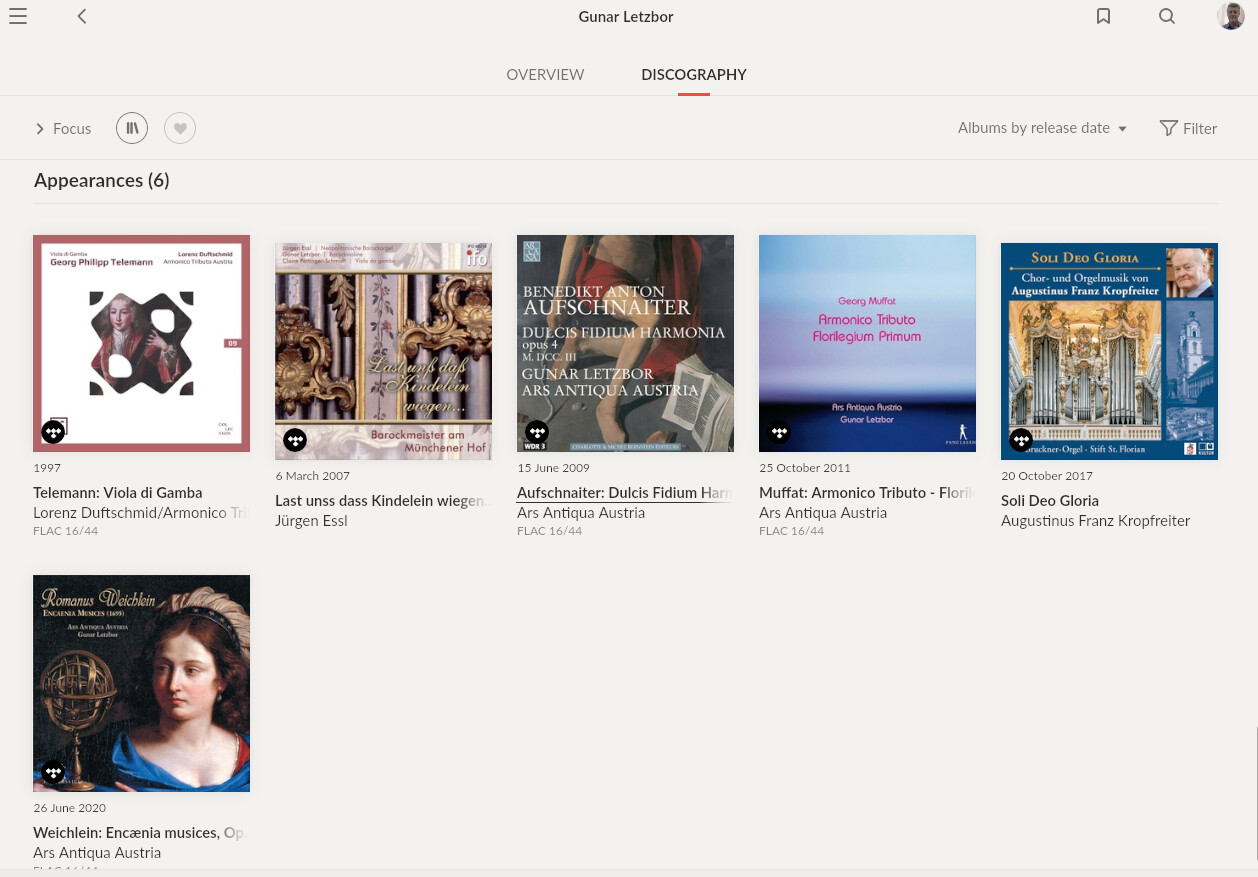 Clicking on one of those albums opens its corresponding album page, and again it appears that Roon doesn’t recognize the album as being part of the library. 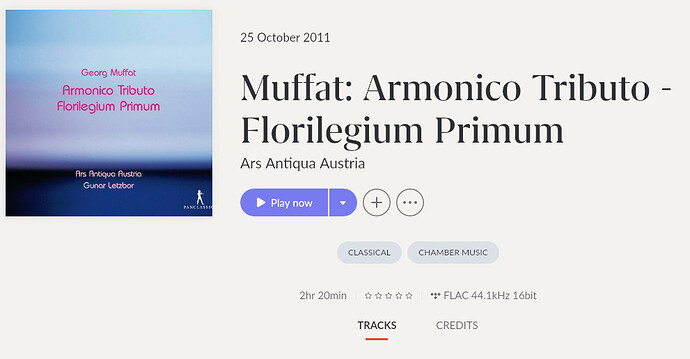 To see the album as part of my library, I have to go to the Home page and click on it from there (Recently Added):

I seem to be suffering from a similar problem. Looked at John Coltrane and half the albums are gone. They show in Discography as if they’ve never been added, yet most of them are local. When I look at the albums themselves they say they are “in library” but they don’t show up in Albums view, under focus criteria, etc. This is a major major problem.

Frustrating that now that shuffle and focus are fixed, this happens.

Yes, and still waiting to hear some acknowledgment by Roon support…

Same issue here. For me “my library” does not show all my albums for artists. But if I search a particular album then it shows up. Very frustrating

Any recognition or confirmation from Roon team on this yet? Pretty massive problem when albums that you’ve carefully selected and sorted over the years just go missing from your library and you can’t even feel confident about what you have.

On this thread here there’s still no reaction. To me it happens quite frequently that while looking at the discography of an artist I decide to add a certain album to my library, only to discover that this doesn’t work as the album has already been added previously. And, attempting to add an album which is already part of the library, Roon doesn’t even give a message, but there’s an eternal spinning wheel , until I decide that there must be some kind of error.

I agree with this bug. For example for Thelonious Monk only his appearances are displayed but not his own albums! Please make something for it

Can we go back to 1.7? Does anyone know a work around?

I have found none. This thread is one week old and has been happily ignored by Roon @support

Support responded in this thread. New Bug in 1.8 - 778: Artist Appearances no longer show on artist page and discography [Ticket In] - #54 by bbrip
I’m not sure if that’s the same problem or not (seems related), but a fix for this can’t come fast enough. Roon not knowing what albums are in my library doesn’t amount to a confident browsing and listening experience at all. Super messy and yet another problem that compromises the Roon experience for me. I’ll be really happy when 1.8 can finally perform the simple task of cataloging albums and shuffling playback (fixed) properly.

no, this one is yet a little different. Should definitely alse be looked into.

So build 783 does not appear to fix this problem. Miles Davis, John Coltrane, and others still show just a handful of albums in my library even though they ARE in my library. How could this possibly not have been addressed in the 783 update? Has this even yet been acknowledged? Roon is fundamentally broken if it cannot identify albums that are in my library as being in my library. Plain and simple. Many users are suffering from this problem, even if they don’t know it. 1.8 has been fundamentally broken AFAIC since day one and it’s frankly difficult to not be frustrated, as much as I love Roon.

@support can you please give us an update on this? Many albums that I have carefully selected for my library are not in my library according to Roon.

Well, my recent @support threads have all been ignored. There’s been no reply, no acknowledgement, no nothing. I tried to illustrate my bug report with screenshots, make it clear. But not even so… One wonders why this is so. If one is possibly marked by Roon as user without merit, as an obnoxious meddler… I don’t know. What I do know though is that I also am beginning to feel a profound disenchantment. I already feel that there’s very little motivation left to continue on this forum.

It’s disappointing to say the least. I am such a supporter of Roon. I tell everyone that might be interested how great it is, how it’s the future. Yearly subscription, etc. But how could I possibly recommend it at this point? Its fundamental purpose is library management and playback…both of which have been broken in one way or another since 1.8 was released. My wife keeps asking me why I keep up with this thing that apparently frustrates me so much and “always has something new wrong with it”. My rebuttals have been reduced to annoyed grunts at this point, because I no longer have a good answer…

Thank you by the way for your clear description and screenshots of the problem in an attempt to get the ball rolling.

I just looked at Thelonius Monk and apparently it thinks I have only one album in my library. Wow, glad I spent all that time carefully curating Monk’s discography into my library…sigh.

For some artists local library versions are not showing up in discography only Qobuz versions
bbrip April 1, 2021, 2:58pm #17

hello @support. Massive bug here in Roon’s fundamental core functionality. Is there some reason this is not being acknowledged? It’s been nearly 10 days now…

Trying to be helpful and to make a constructive report on what to me seems a bug got me nowhere. No response at all. Pointing this out on another thread got me being name-called a “Negative Nancy”. Go figure!

New Bug in 1.8 - 778: Artist Appearances no longer show on artist page and discography [Ticket In] Support

You don’t seem to be understanding or acknowledging that in every company, different teams exist. Not everyone is working on fixing bugs or adding features to Roon, nor can they because of skillset differences. For example, the recent threads on Roon OS 2.0 are being conducted by me and me alone. The Roon OS has a dedicated team that has never touched Roon code. The skillsets required are radically different. I happen to lead that Roon OS team. The discussion about Mobile Roon access is being…

Very disappointing. All that needed to be said was:

“Yeah wow that sucks. Totally see how that is a problem. Rest assured we’re on it and will communicate timing for a fix as soon as possible. Sorry for not addressing this sooner and we appreciate your kind patience.”