I am fearful that there has been too much negativity on one side of the 1.8 debate and, to be fair, an excess of enthusiasm on the other.

My espionage team has been in action and overheard a juicy leak emanating from Roon towers. Roon version 1.9 is to be released on 1st April and is guaranteed to resolve all version 1.8 problems. Following the outrageous negativity from some subscribers, Roon version 1.9 will be identical to Roon version 1.7, except for the number. All of those changes that have outraged a small number of highly voluble subscribers will be rolled back and I am willing to bet the value of my home hi-fi system t…

Therefore, I thought it would be helpful to seek some hard(ish) evidence to demonstrate the practical impact of 1.8.
It is far too early to see whether there has been an exodus of subscribers, an influx of enthusiastic new Roon fans or a continuation of the status quo.
In the meantime, the only independent evidence available can be derived from our individual records of time listened.
The last three weeks should prove instructive. In most cases, the first was via 1.7, the second in transition and the most recent via 1.8.

It is clear from my figures above that 1.8 has been a great personal success, expanding my listening and pleasure to a significant degree.
One person’s data is instructive but largely meaningless. Therefore, it would be of great interest to discover whether my experience is mirrored by that of others.
In particular, it would be good to see figures for those that have been actively either attacking or praising the new release since its launch.

Kind of indifferent, I play as much music as I always did on 1.7, I like some of what they have done and some I don’t. It’s never going to please everyone.
It does for the most part play my music as its always done and makes it slightly better at finding what I want. Still room for improvements. They need to fix the pretty obvious bugs soon as disappearing endpoints is unacceptable.

It is clear from my figures above that 1.8 has been a great personal success, expanding my listening and pleasure to a significant degree.

That is what I said and why I have asked others to supply their data.

One person’s data is instructive but largely meaningless. Therefore, it would be of great interest to discover whether my experience is mirrored by that of others.

That is what I said and why I have asked others to supply their data.

No what you said was

It is clear from my figures above that 1.8 has been a great personal success, expanding my listening and pleasure to a significant degree.

This is you interpretation of the data presented but it can’t in any way be deduced by it.

The data is absolutely meaningless. For both cases: like or dislike of Roon 1.8

These threads are getting more and more ridiculous. Linking listening hours to “Success” of a release.

As I said before, the answer to this question will be after the financial summary of the Roons budget period.

But Roon, of course, is under no obligation to make it available to Community…

This is ridiculous. I was burning in a new DAC last week so just letting Roon play non-stop in the office. My stats of time played would have nothing to do with how much or how little I liked the new 1.8. One could have only had time for an hour of listening and be over the moon with it - others could have Radio on 24/7 and still think the UI is a mess. Those stats say nothing and should be buried at the bottom of the home page or relegated to their own menu section or included in About or Settings.

I think there’s only one category of hard evidence on roon 1.8 being a success of a failure.
It’s customer figures. And of course this data is only available to roon themselves.

I guess roon will closely watch the following figures after the release of 1.8:

While 1 and 2 show the numbers of people not satisfied with the 1.8 update, these also give clues on how much the GUI change has an impact by comparing it to past figures of Roon trials not being continued into a subscription or customers not renewing a subscription after a major update.

my statistics clearly show that I liked Roon best in week 2. After that I didn’t like it as much…

I was about to say a similar thing. These statistics don’t even show that anyone was listening… Could be just Roon playing for hours without anybody at home…

I was about to say a similar thing. These statistics don’t even show that anyone was listening… Could be just Roon playing for hours without anybody at home…

Which honestly, if we really want to support artists with streaming, we would all put Roon on Radio and just let it play 24/7 so they could earn their pennies.

Data will always show what you want… I recall a thread on here about “two threads that say it all…” - the point being that one was negative and had a lot of posts, while the other was positive and had less.

I posted several times on the negative one. People were expressing frustrations at things I was trying to positively contribute to the conversation. The threads about making themes came out of those conversations. I wasn’t on there trying to say “you’re wrong”.

However I didn’t go on the positive thread and gush about my experiences.

So reducing me, as a data point, down to “number of posts made” I am significantly more negative about roon than I am positive. And that isn’t the case.

Even that is not going to be conclusive, it would only show those periodic subscribers not renewing or a fall off of new subscribers; it would not show those, like myself, who paid for lifetime and have chosen a different path. 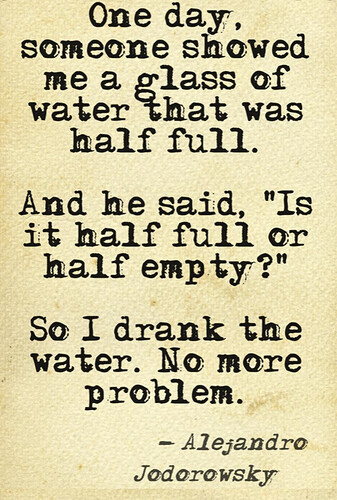 The glass was twice as big as it needed to be. 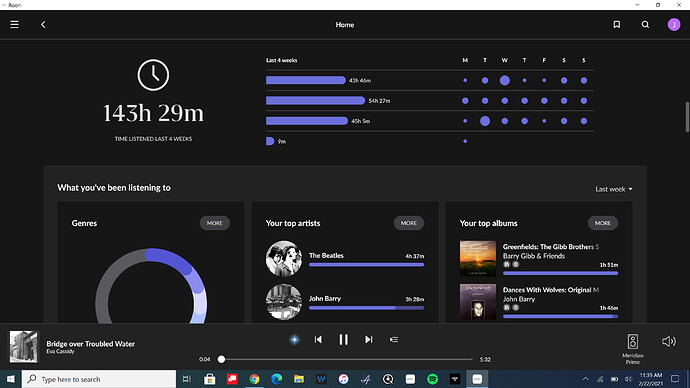 Everything works in slow motion when it comes to Qobuz. Some tracks simply don’t play at all and skip to the next one and in some cases the album itself never starts.

Also, endpoints drop off and I have to re-start roon for them to be picked up again. And, HomePods are not working as endpoints anymore.