A Metadata Goal in the Flesh

In honor of the 50th anniversary of putting a man on the moon, I’d like to propose a similar “moon shot” for Roon, in the form of one album. It’s called “Gateways”; here’s the jacket:

The following is, or should be, an aspirant goal for Roon:

Upon adding a new album to a library, Roon shall identify the album and all of its compositions, successfully group the movements into works while avoiding spurious groupings, and link related metadata, all without user touch-ups or edits.

I propose a target date of 2025 for completion of this mission.

Why 2025? If you import this album today, the amount of work remaining to get it right seems daunting. One might be tempted to overlook these deficiencies forever, constantly pushing the fix down in the stack in favor of things like MQA, Chromecast, and ripping. Then the abiding image that Roon might carry is: “well, we tried hard.”

Even though the Gateway album is “identified” (loosely interpreted), only one composition is correctly identified. Two compositions are ungrouped, and the fourth work is erroneously split. See partial pic below: 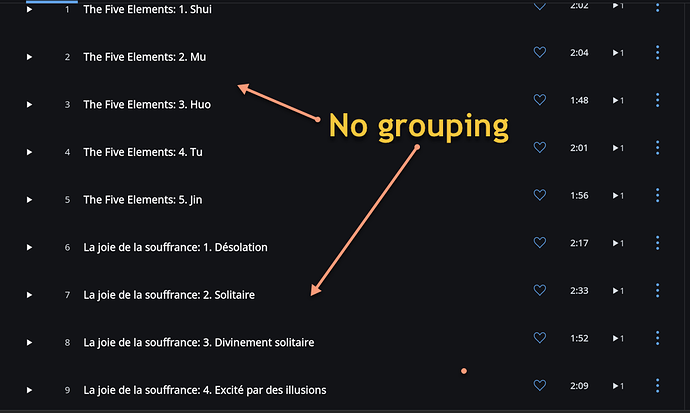 Roon first has to determine why the two larger works were not identified as “works”. Perhaps it is “faulty wiring”, perhaps an incomplete model of the things it had to consider. Time to roll up the sleeves. Break down the algorithms. Has there been a failure of imagination?

Then there is the work “Symphonic Dances” by Rachmaninov. No one, but no one, would ever present the movements how Roon has presented them: 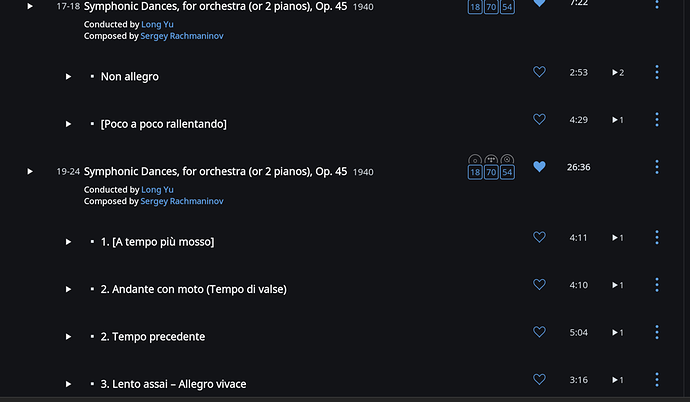 The first two movements are separated from the rest. This is akin to the Apollo 1 disaster test on the pad. Presenting this album should have been routine, but it turned out to be a fatal exercise.

So, Roon, please work this problem, not just for this one album’s sake, but for the hundreds of albums here and yet to come. Why is this composition split? Is it because of the unusual numbering they use? Don’t resort to the old “bad metadata” excuse, else the same disaster will happen time and again.

And why are the other works in this album not grouped, despite their sharing common work names? The human eye can easily detect the intended grouping. Perhaps there is an algorithm that could do the same.

Finally, some may grumble about no mention of “the box set problem” here, to which I reply, “Baby steps, people, Baby steps. First the moon, then Mars.”

Nay nay. Its an old honest appeal in a timely wrapper. I watched the HBO series, “A Man on the Moon” (or some such) and it seemed analogous somehow. Mebbe no.

I’ll just note that NASA’s effort to put two men on the moon involved 400,000 people working on the project…

Why aim so low? Why not insist that companies who produce Classical Music come to some sort of standard and populate it with appropriate data?

Well, we all know what will happen…

Yeah, Roon doesn’t have nearly that many employees.

That doesn’t capture the 12 years it took to get the 15th standard up and running.

I’ve only ever attended one British Standards meeting - one was enough.

Oh, lord yes… During my time in IT, I was on the periphery of the open standards process - herding cats was easier.

Mine was much more glamorous. The specification for the bar feed that hydraulic components are made from… Jealous?

Roon just works with the metadata provided by others and therefore Roon is not responsible for bad metadata (AKA a circle jerk, passing the buck, going around in circles, etc.)

It’s long past time for Roon to start being proactive about fixing and using metadata instead of being reactive. Please remember that all of us are paying customers and the customer is always right.

Sure just chuck money away to please what % of the user base?

I would say that Roon’s ability to flesh out one’s digital music collection with valuable metadata is one of Roon’s biggest selling points and so I think that the % of the user base who would be pleased with better metadata handling would be much greater than 50% and therefore not a waste of money, time and effort.

My point was rather that it is a small percentage of the user base that have any problem with the meta data. Owning the clearing up if an industry is a ridiculous idea given the target market. By Jove yes I get it.

Here’s a rather typical example of how Roon mishandles meatdata: 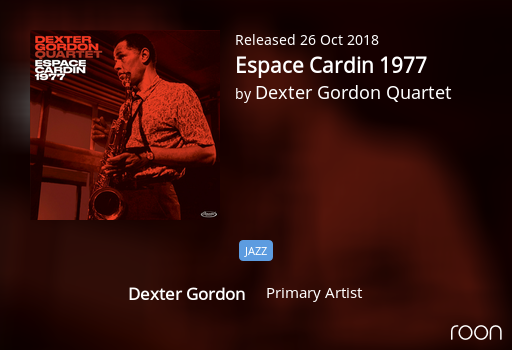 Notice the “credits” on the bottom which say only “Dexter Gordon” Primary Artist - there are no other credits shown and this an “identified” recording.

And of course there is also Roon’s rather lame handling of lyrics,which I complained about here:
Lyrics

Please do not take this to be anything other than constructive criticism of Roon, for there are many, many things that Roon does extremely well, but if we want Roon to keep on getting better than we need to point those areas that could use some improvement and by golly metadata is one of those areas.

My point was rather that it is a small percentage of the user base that have any problem with the meta data. Owning the clearing up if an industry is a ridiculous idea given the target market. By Jove yes I get it.

You are mischaracterizing most of my original argument.

You presume that poor metadata is the root cause of my album sample shortcomings. I believe it is a flawed Roon algorithm at fault.

No industry needs to be cleaned up to correct these problems. Just some code.

Update, sorta off point: “Gateways” (see above) has disappeared from the two streaming services 8:08 CST. Conspiracy?

Ha! That’s what you get. You might consider editing the previous comment to state it’s not Roon at all, but bad metadata. I’ll betcha ‘Gateways’ comes back.
A wise man once told me you’re not paranoid if someone really is out to get you!

Where is Zapruder when you really need him?

Still waiting on a useable “abort mission” (i.e. a quick and easy way to remove streaming titles from one’s library)…