I just noticed something that seems to be occurring after the latest build 29. When I select an album in Tidal and add to library, the screen goes blank. The controls and what’s playing below are not affected. If I go back one screen (to the artist page), everything is fine and the new album is added to my library.
I’m running Roon on an iMac (late 2009 with 4G RAM) with an external usb drive and output is MC200. 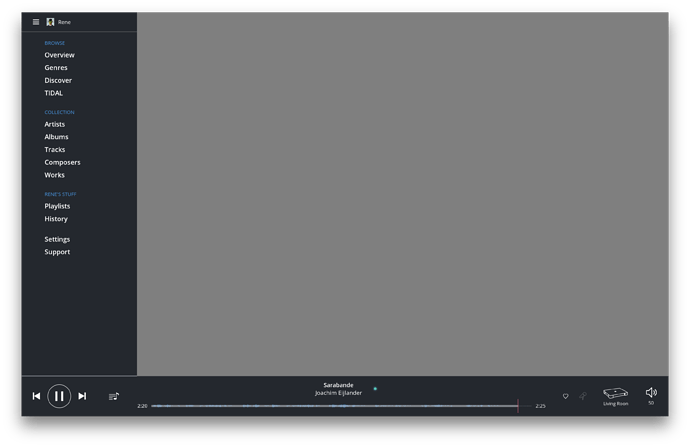 I’ve noticed this too. But if the album you just added only has one album available by that artist in TIDAL, even when you go back one screen, that page is also now blank.

Good catch guys – I can reproduce this.

I’ll get a ticket open and we’ll get this fixed for our next release.

This consistently happens for me with Sonny Clark’s Leapin’ and Lopin’ album.

Surprisingly, this same behavior happens in the Android app on this same album.

When the screen is white, if I mouse over the menu and back buttons they become highlighted and I can go back to recover. The album is never added to my Library. 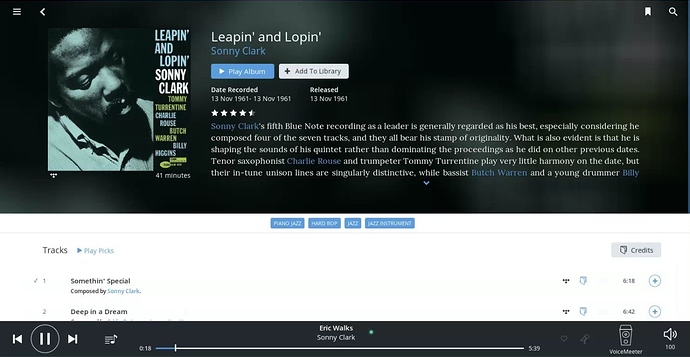 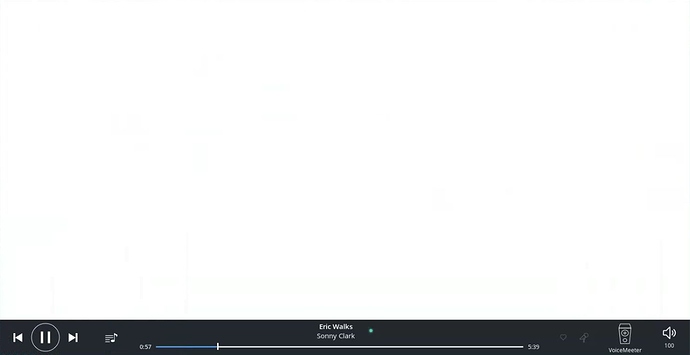 itll be fixed in next build… sorry guys.

When I add an album to my library (from Tidal) the screen goes white, with no other images on it. This happens on two different windows computers. When I click in the left corner, I can see the outline of the back button, but I don’t think this is normal. How can I fix?

+1
I’ve noticed this today & have reproduced it several times.
If you click on the (very faint) hamburger, the menu comes up & you can move around normally…until you add another Album from Tidal…

Thanks guys – this will be fixed for our next release.

Everytime I try to add an album in Tidal, the screen goes blank. Sound continues but I have to close and re-open to navigate.
In addition to the screen going blank if minimized, these guys ripped me off for $107!

Hi @Zachery_Groseclose – thanks for the feedback! Regarding the Tidal issue, see above – it will be fixed for our next release.

Unfortunately the minimizing issue isn’t something we have a lot of control over, although we’re hoping Intel fixes things one of these days. We’ve listed some workarounds here, which may work depending on your system configuration.

If you still feel ripped off, send me PM and I’m sure we can work something out for you.

if I find an album I like and click ‘add to collection’ on the album page, I am taken to a blank screen instead of being returned to the album playing. Is this intentional or can it be fixed?

This will be fixed for our next release, coming soon! Sorry for the trouble.